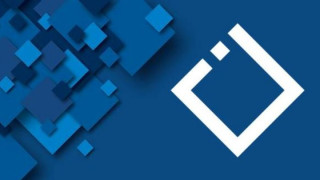 It was reported in 2018 that signatures were collected to demand Natia Kapanadze’s resignation. It was said then that the process was orchestrated from the outside.

On 11 April 2019, two members of the Public Broadcaster’s Ajara TV and Radio Advisory Board – Giga Chkhartishvili (Georgian Dream quota) and Irakli Dartsmelidze (United National Movement quota) demanded the resignation of Natia Kapanadze, the Public Broadcaster’s Adjara TV and Radio Director. The aforementioned board members addressed the Advisory Board with a 16-page letter which reads that the Director disrespects the Advisory Board and does not have cooperation with it. The authors of the letter also criticise procurement procedures and the wage policy. They underline that the Director neglects the norms envisioned by the law and makes arbitrary decisions on issues which are beyond her competence. The letter asserts that the number of viewers has dropped by half under Natia Kapanadze’s tenure.

Natia Kapanadze’s tenure as Director has been constantly accompanied by reproach. It was reported in January 2018 that signatures were collected to demand her resignation. It was also said then that the process was orchestrated from the outside.

Nata Imedaishvili, Chair of the Public Broadcaster’s Ajara TV and Radio Advisory Board, says that she agrees with her colleagues in one aspect only – lack of communication from the Director. Ms Imedaishvili says that she will make her decision after hearing and assessing arguments from both sides.

For those who say that there are management problems, they also say that the solution of these problems does not require taking any radical step and that it is unacceptable to have the Director impeached. Their primary argument is that during Natia Kapanadze’s tenure, editorial policy has become independent and this is something which is recognised by Georgian and foreign organisations which positively assess the channel’s broadcast policy. For instance, the OSCE’s international observation mission noted that Ajara TV provided the most balanced and impartial coverage of election processes (p. 35) whilst Human Rights Watch’s 2018 report contained the Ajara Public Broadcaster’s decision to air Radio Liberty’s two broadcasts whose contracts were not renewed by Georgia’s central Public Broadcaster. The Tolerance Centre under the auspices of the Public Defender awarded Tolerance Advocates as nominated by the Council of National Minorities and Religions with Natia Kapanadze among those winning awards. Media monitoring of the Georgian Charter of Journalistic Ethics, which covered 2016-2018, notes that the Ajara Public Broadcaster is established as an impartial and balanced broadcaster in a strongly polarised media environment, although in-depth coverage still remained a problem.

In regard to the remark about the Director’s inappropriate spending of budget funds, Natia Kapanadze brings a counter argument in the form of the conclusion of an independent audit which assesses 2017. The document says that the budget financial report submitted by the Ajara Public Broadcaster, with its every requisite aspect, is in line with the Ministry of Finance’s instructions approved by the decree of 31 December 2004. However, the report also notes that there are violations in the state procurement rule. In order to eradicate this and other deficiencies, the audit issued ten recommendations which mostly underline that it is necessary to introduce internal control mechanisms.

Why did the impeachment issue acquire a political context?

Part of the public assessed the impeachment demand as the government’s attempt to interfere in editorial policy. Natia Kapanadze was appointed for a three-year term in December 2016. Therefore, her term will expire in six months and so it is not clear why the two members of the Advisory Board are in a hurry to have her removed and whether or not this is their own independent decision. The issues which are listed in their letter do not belong to the Director’s competence alone and the Advisory Board also shares responsibility. However, the problems could not be dealt with inside the organisation and subsequently went outside of the TV channel with some members of the Advisory Board blaming Ms Kapanadze for this development. There is a suspicion in the public that by dismissing the Director earlier than the expiration of her term, authorities see this as a chance to influence journalists and control the Public Broadcaster for the upcoming elections. For some time, media representatives have been getting information that the authorities were unhappy with the TV’s critical tone. Irakli Cheishvili, Adjara Supreme Council member, even took interest as to why Adjara TV had covered criminal related news stories if not for a political motivation. The authorities’ attitude was also manifested in their decision not to take part in the broadcasts.

Information that the government majority wanted to control the Public Broadcaster was reported as early as during the selection of the fifth member of the Advisory Board. Ajara’s Supreme Council announced a competition to select the Public Broadcaster’s Adjara TV and Radio Advisory Board member in August 2018. It was reported very soon in the media that the Supreme Council had already selected its own candidate. Soon afterwards, the Supreme Council majority declared that they made their choice for Giga Chkhartishvili.

Irakli Dartsmelisdze’s position has also raised questions. We do not have an answer as to why he decided to demand impeachment without a prior consultation with the government opposition because Mr Dartsmelidze does not answer his telephone calls. The United National Movement distanced itself from Mr Dartsmelidze’s position. Ajara Supreme Council’s opposition member, Gia Abuladze, stated: “It seems that private interests prevailed in this case over the interests of Ajara TV and the public as well as over the future.” Mr Dartsmelidze’s suspicious silence also gives rise to another expectation: It is possible that the reaction of the public, the media and the third sector affected him and he is now trying to find a way out of this situation. Advisory Board members have to decide upon the Director’s impeachment by a secret ballot. If three members vote in favour, this means that Natia Kapanadze will be dismissed from her position. As we ponder who might be the third, impeachment supporters might also lose their second vote. Of interest is that Irakli Dartsmelidze did not attend the Advisory Board’s session on 16 April, reportedly because of health reasons and the impeachment issue was postponed until 19 April.

As mentioned previously, the letter penned by two members of the Advisory Board includes an argument that the Ajara Public Broadcaster was in the 8th position in 2016 and now is in the 16th position in 2019. It seems that they are referring to the research which was carried out at the request of the Advisory Board. In particular, it is computer generator programme, Instar Analytics, purchased by the Advisory Board from the Kantar Media computing company. These data appeared in the 2018 report of Ajara TV and Radio. In accordance with this report, an average of 2,765 people per minute watched Ajara TV in 2016. This number was 1,625 in 2017 and 1,417 in 2018. The decrease constitutes 51.24%. Although, in accordance with TVMR company’s data, a licensed representative of Nielsen in Georgia, Ajara TV was in the 8th position in 2016 according to the average annual result. It moved to the 9th position in 2017 and was still in 9th place in the middle of December 2018. Ajara TV ended up in 10th place in 2018 whilst in accordance with the latest data for 2019, the Public Broadcaster’s Adjara TV still occupies the 10th position.

Today, the Ajara Public Broadcaster is in the centre of public attention. The majority of the public perceives impeachment not against Natia Kapanadze but as a campaign against the freedom of speech. Twelve NGOs issued a joint statement which reads that they negatively assess the impeachment of the Public Broadcaster’s Adjara TV and Radio Director by two members of the Advisory Board. Georgia’s Reforms Associates (GRASS) joins the statement of the NGOs and expressed hope that the events unfolding in the Public Broadcaster’s Adjara TV and Radio management will not harm freedom of speech and expression.

The issue of impeachment engendered a contrasted attitude among the employees of the Ajara Public Broadcaster. Part of the operators declared that they were going on strike because they were dissatisfied with the pay which was inadequate to the work they were doing. On 17 April 2019, a new statement was released which is signed by 103 employees. They claim that editorial independence is not Natia Kapanadze’s achievement and freedom is speech has been guaranteed since the channel was transformed into the Public Broadcaster.

More and more people are taking interest in the processes around Adjara TV. Most people consider this issue in a political aspect and do not exclude the fact that Public Broadcaster employees are becoming mobilised against Natia Kapanadze vis-à-vis her impeachment. NGO representatives and the media fear that this will further exacerbate the already polarised media environment.