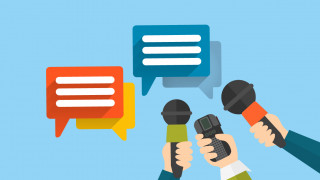 In accordance with the 2019 report of Reporters Without Borders, Georgia’s media freedom index has worsened as compared to the previous year but we were promoted by 1 position in the ranking

The international organisation, Reporters Without Borders, published its 2019 index which studies the level of media freedom and reflects the situation in 2018. In order to measure the media freedom index, there are seven criteria used in the report as follows: pluralism, media independence, media environment and self-censorship, legislative environment, transparency and infrastructure. Countries are assessed on a scale from 0 to 100 where 0 is the best result whilst 100 is the worst.

In the 2019 research, Georgia received 28.98 points and is ranked 60th of the world’s 180 countries. As compared to the 2018 research, in spite of an improved position in the ranking (which happened at the expense of a worsened performance for other countries), Georgia’s results in the points worsened – in the 2018 report, Georgia was ranked 61st with 27.34 points. Of additional note is that since 2015, Georgia’s points have never been higher than 28. Therefore, in the 2019 research, Georgia’s index, as compared to the points awarded in the past four years, have significantly worsened.

Table 1: Media Freedom Index in Georgia in Accordance with Reporters Without Borders in 2012-2019

The report says that Georgia’s media environment is pluralistic although with a still high degree of polarisation. Even though the reforms implemented in the last years provided transparency in regard to media ownership, media owners still interfere in editorial policy and make decisions on content to cover. In accordance with the report, the settlement and the result of the ongoing dispute about the country’s main opposition Rustavi 2 TV’s ownership will have a substantial impact upon the media environment in the country. In addition, the report highlights the case of the Azerbaijani dissident journalist, Afghan Mukhtarli, who was kidnapped from Tbilisi in 2017. The final and reliable results of the investigation on this case is not yet known.

In regard to a regional analysis, the report claims that Turkey and the Russian Federation remain as pioneers of repression in the Eastern Europe and Central Asia region. The report also highlights environments in Tajikistan, Kazakhstan, Azerbaijan and Turkmenistan where internet access is impeded to the aim of controlling public opinion. On the other hand, the situation improved in Uzbekistan which is no longer on the list of “Very Bad” countries on the media freedom map and was promoted by five positions in the ranking. In 2016, after the death of dictator, Islam Karimov, detained journalists started to be released whilst media outlets gradually resumed coverage of sensitive topics. After Uzbekistan, the situation in terms of media freedom significantly improved in Armenia (the country was promoted by 19 positions in the ranking) and in Kyrgyzstan (the country was promoted by 15 positions in the ranking). In the case of Armenia, the government’s pressure on the media decreased as a result of the Velvet Revolution. However, the media environment worsened in Ukraine and Moldova with increasingly bitter polarisation in light of elections. This in turn harmed the media climate and increased the influence of oligarchs over media outlets. These tensions stipulated the worsening positions of these two countries in the media freedom index. Therefore, of the 53 countries of the Europe and Central Asia region, Georgia occupies the 29th position and in the regional ranking is followed by Armenia in 30th place although with the same index (28.98 points).