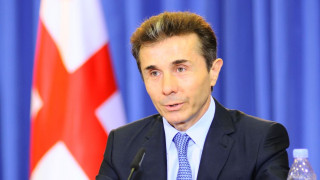 Since 2012, the number of acquittals has increased six-fold

Resume: Under the United National Movement’s rule, the number of acquittals was indeed very low (referring to the percentage share). The situation started to improve from 2011 and it is possible to say that 2012 was quite effective in terms of statistical data. Of note is that the trend of the growing number of acquittals was also kept under the Georgian Dream’s rule.

Therefore, the context of Bidzina Ivanishvili’s statement does correspond to the truth. However, it is hard to say the same in regard to the absolute accuracy of certain factual data he named. As compared to 2012, the number of acquittals increased only four-fold in 2018 and not six-fold. To compare six-year periods (referring to 2007-2012 and 2013-2018), the absolute figure increased 4.8 times whilst the number of acquittals did indeed increase six-fold if we compare the average figures of the two six-year periods.

On 9 April 2019, on air on the TV broadcast, Pirispir, Chair of the Georgian Dream, Bidzina Ivanishvili, spoke about the improvements in the judiciary. Mr Ivanishvili stated: “Since 2012, the number of acquittals has increased six-fold” (38th minute).

The statement, which claims that the number of acquittals has increased six-fold, does not specify exactly the periods from which data are taken for comparison. At first glance, there is an impression that Mr Ivanishvili’s figures represent a summary of reforms, known as “waves,” and, therefore, are reflections of the current situation (newest data) in the judiciary.

However, as per FactCheck’s observation, the aforementioned statement (as well as other statements about different indicators) is based on data given in the 2013-2017 Report of the Activities of the High Council of Justice and the periods of comparison are four-year spans: 2008-2011 and 2013-2016, respectively.

The reasons for which we would not consider the High Council of Justice’s report as a valid source are as follows:

Of note is that the public is not obliged to verify what the author of the statement meant or the base upon which he made his statement. In addition, the public cannot assume that the statement made in April 2019 could be referring to the situation including 2016. Therefore, FactCheck believes that Bidzina Ivanishvili’s statement in regard to the increased number of acquittals ought to be verified in light of the latest data. In addition, we also believe that flaunting absolute figures alone is incorrect and it is necessary to determine the relative numbers in order to better see the picture.

The Criminal Procedure Code of Georgia recognises the judgments made as a result of the main hearing of a case and without the main hearing. The latter implies a plea bargain which means that the accused admits his crime and makes an agreement with a prosecutor upon the punishment, the alleviation of the charges or upon their partial removal.

In regard to judgments made after a main hearing, they are of three types: acquittal, guilty and partial acquittal (Article 268). Therefore, when we speak about one type of judgment, it is important to take the other into account as well.

Graph 1: Judgments Made by First Instance Courts after Main Hearing in 2008-2018

If we would like to precisely measure the increase in the number of acquitted individuals under the Georgian Dream as compared to the previous government, we need to take specific years or periods for comparison. If we select a specific year, it will be logical to compare the last year of the previous government’s rule to the last year of the Georgian Dream’s rule; that is, the data for 2012 and 2018. It is true that 2012 is an incomplete year for the United National Movement’s rule but in terms of the aforementioned figures, this year should to be ascribed to the previous government because it is impossible to make radical changes in a period of two months which could significantly alter the picture. Furthermore, even though massive amnesty was declared in December 2012, it brought its results in 2013 and not in 2012. As compared to 2012, the number of acquittals increased only four times.

In regard to a general period, if we take six years of the Georgian Dreams’ rule, then we should compare them to six years of the United National Movement’s term. In particular, the data for 2013-2018 (1,355) need to be compared to the data for 2007-2012 (279 acquittals). As a result of a comparison of these two periods, we find that the number of acquittals increased only 4.8 times.

Whilst speaking about the ratio of acquittals, we refer to their share in larger values. These larger values can be: 1. Main hearing cases which include the number of judgments made after a main hearing (acquittal, guilty, partial acquittal) and cancelled cases, 2. Cases concluded with judgments – refers to both judgments made after the main hearing (acquittal, guilty and partial acquittal) and judgments without a main hearing; that is, a plea bargain and 3. Cases discussed by the court which in turn include: cases concluded with a judgment + cancelled cases + cases given back to the prosecutor (rejection of a plea bargain).

Given the fact that in this case we aim to measure the independence and impartiality of the judiciary, perhaps it is more justified to calculate the acquittals to main hearings ratio because the judiciary plays an especially significant role during the main hearing. In particular, the court hears the positions of the parties, assesses the evidence submitted to the court and makes a judgment on whether or not an accused person is guilty or not guilty following a comprehensive discussion of the case.

Graph 2: Total Number of Cases in Main Hearings at First Instance Courts and Percentage Share of Acquittals (Acquitted Persons) in Those Hearings

Graph 3: Total Number of Cases Concluded with Judgment at First Instance Courts and Percentage Share of Acquittals (Acquitted Persons) in Those Judgments

The acquittals to judgments ratio increased 2.8 times in 2018 as compared to 2012 whilst the average figure for the six-year period increased five-fold (0.28 in 2007-2017 and 1.42 in 2013-2018). The picture will be almost the same if we calculate the number of acquittals from the cases discussed in the court and not only from the cases which ended in judgment.