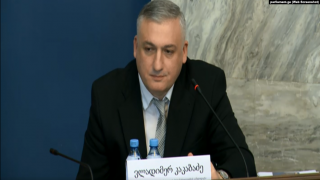 Resume: There is no anti-dumping legislation in Georgia. The laws, which Vladimer Kakabadze opines to be part of an anti-dumping legislation, in fact serve different purposes. In particular, the aim of the Law of Georgia on Competition is to establish principles to protect free and fair competition from arbitrary limitation which is a cornerstone of the development of free trade and a competitive market. In regard to the Law of Georgia on Tobacco Control, this serves the objective of reducing tobacco-induced diseases and death among the Georgian population. None of the objectives of the aforementioned laws’ scope of governance envisions any regulations to ban dumping or any anti-dumping principles.

On 11 October 2019, at the sitting of the Legal Affairs Committee of the Parliament of Georgia, in response to a question from Levan Gogichaishvili, MP, whether or not Georgia has anti-dumping legislation, the candidate for a lifelong judge of the Supreme Court of Georgia, Vladimer Kakabadze, who currently serves as a lifelong judge of Tbilisi Court of Appeals, stated that Georgia has anti-dumping legislation. The MP’s decision to bring forward this issue is related to Judge Kakabadze’s ruling in the case of Philip Morris. In this case, he ruled on the existence of dumping and the violation of anti-dumping principles even though Georgia does not have such legislation.

Dumping is defined as selling goods on a foreign market much cheaper as compared to home-market prices, sometimes lower than at cost. There are two kinds of attitudes in the world towards dumping. Most of the countries believe that dumping threatens their markets since importer companies get rid of the competitors in the first place whilst afterwards set market prices and impose the rules of the game over the local industries. In order to safeguard from dumping, countries often use anti-dumping legislation as well as a variety of custom/tax barriers. There is also a different attitude towards dumping since part of society believes dumping to be a positive thing because, on the one hand, it allows consumers to purchase products at lower prices and, on the other hand, deprives local producers a leverage to inflate prices and run the markets. The affordability and accessibility of production is of paramount importance in a poor and developing society. At the present moment, Georgia does not have a legislation banning dumping. As stated by the Minister of Economy and Sustainable Development, the Government of Georgia is preparing an anti-dumping draft law which will enter into force from the beginning of 2020.

On 10 February 2017, Vladimer Kakabadze, judge of Tbilisi City Court, fully acceded to the plaintiff’s demand and ordered defendants to pay GEL 93 million in damages. In accordance with the assessment of Transparency International Georgia: “Proceedings were held in an expedited manner and with possible procedural violations while the court decision was issued without proper justification. The following circumstances raise doubts in relation to the proceedings being held in a biased manner and in violation of the right to a fair trial.”

With the aim of substantiating his ruling, the judge made a reference to the violation of Sub-point J of Point 2 of Article 5 as well as Article 6 of the Law of Georgia on Tobacco Control.

In accordance with Sub-point J of Point 2 of Article 5 of the Law of Georgia on Tobacco Control, it is forbidden to sell tobacco products for free or at a lower than cost price. This clause has a specific objective and, therefore, it should not be understood broadly. The very first article of the same law reads that the law serves to “reduce tobacco-induced diseases and deaths among the Georgian population.” This is a clear indicator that the aforementioned clause serves to protect a consumer from tobacco’s harmful impact instead of serving the economic interests of the third parties. Therefore, to solve the dispute between private individuals, it is impossible to use that law because only the state is authorised to do so. We learn from the materials of the case that Philip Morris used tobaccos at less-than-cost-prices in dealings with other entrepreneurs (distributors) whilst for consumers the retail selling price has always been higher as compared to the cost price; therefore, the aforementioned law was not violated.

On 13 March 2017, British American Tobacco instituted proceedings in the Constitutional Court of Georgia in regard to the constitutionality of this article. According to British American Tobacco’s assessment, such a normative content of the disputed norm, which bans free pricing on tobacco products by the producer as well as bans selling tobacco products at a producer’s will to other entrepreneurs and distributing companies, is unconstitutional. The Constitutional Court of Georgia accepted the lawsuit for a hearing and it is still being studied by the first collegiums of the Court.

Judge Vladimer Kakabadze, whilst substantiating his ruling on the violation of anti-dumping principles, makes reference to Article 6 of the Law of Georgia on Competition. The aforementioned law is designed to protect a free and competitive market from arbitrary limitation. According to Point 1 of Article 6 of the same law, the abuse of a dominant position by one or multiple (in the case of group domination) economic agents is forbidden. To make reference to that norm, the economic subject which holds the dominant positions on the market and uses its powers to create an uncompetitive environment should be obvious. At the same time, it is also necessary to have a direct cause-effect relation between the action of the economic subject and the harm inflicted to other subjects.

Philip Morris Georgia LTD appealed the ruling at the Court of Appeals.

According to the ruling on 9 June 2017 (case No 2G/1959-2017), Tbilisi Court of Appeals fully acceded to the demand of Philip Morris Georgia LTD and revoked the ruling of the previous instance. In substantiation of its ruling, the Court discussed the violation of Article 6 of the Law of Georgia on Competition. The Court clarified that the dominant situation refers to such a position of a market subject which enables it to act independently from competitors, suppliers, customers and final consumers. The dominant subject should be able to have a substantial influence on the general conditions of goods turnover within the market and limit competition. If there is no other evidence, an entity cannot be considered to be dominant if its share does not exceed 40% on the respective market. It is also possible to have a dominant position when a subject owns less than 40% of the market, provided there are additional circumstances.

According to Article 5 of the Law of Georgia on Competition, the criteria to define an agent’s dominant position are as follows: the financial situation of the competitor economic agents, market entry or production expansion barriers, vertical integration level, network effects, etc. It was learned from the case’s circumstances that the share of Philip Morris Georgia LTD on the tobacco market amounts to 15-18% and, therefore, it could not be considered as one having a dominant position. The Court also added that there was no additional evidence in the case which could have proven a dominant position of Philip Morris Georgia LTD. The plaintiff in its complaint as well as in a counter-claim did not indicate any factor determining market power.

For a violation of the Law of Georgia on Competition, apart from a dominant position, it is also necessary to confirm a direct cause-effect relationship between the actions of an economic subject and the damages inflicted to other subjects. In this regard, the ruling of the Court of Appeals reads: “Cause-effect relations between the action and the damages inflicted cannot be proven by factual circumstances identified in the case. The plaintiff has not presented evidence which would have proven an immediate linkage between the action of Phillip Morris Georgia LTD and income lost by JSC Tbilisi Tobacco.”

In order to illustrate whether or not a decrease in Tbilisi Tobacco’s sales was related to the sale prices of Philip Morris Georgia, we need to find out when the former’s sales started to drop and when the latter started to sell its production below cost.

As a result of the BDO audit company’s assessment, Tbilisi Tobacco has had a significant drop in the volume of sales since 1 September 2013. In particular, as compared to the previous period, average monthly sales dropped by 52%. According to the assessment, this could be caused by the increase in excise tax. The decrease in Philip Morris Georgia LTD sales prices started from June 2014. Therefore, the drop in the company’s sales in September 2013 could not have been associated with the reduction of another company’s prices because it was only after nine months from the disputed period – 1 September 2013 – that Philip Morris Georgia started to sell production below cost.

The first instance court did not take into account Georgia’s Competition Agency’s 2016 market monitoring report on filtered and unfiltered cigarettes. According to the report, it is impossible to establish a straightforward fact that the drop in JSC Tbilisi Tobacco’s sales in the aforementioned period was stipulated by a drop in Philip Morris Georgia LTD sales prices. The Competition Agency concluded that Philip Morris Georgia had not violated the Law of Georgia on Competition. Of note is that after presenting the conclusion in the court, the Competition Agency later abolished that decree for unclear reasons.

To summarise, it is to say that there is no anti-dumping legislation in Georgia. The aim of the Law of Georgia on Competition is to establish principles to protect free and fair competition from arbitrary limitation which is a cornerstone of the development of free trade and a competitive market. In regard to the Law of Georgia on Tobacco Control, this serves the objective of reducing tobacco-induced diseases and death among the Georgian population. None of the objects and regulations of the aforementioned laws envisions any regulations to ban dumping or any anti-dumping principles.

Off additional interest is that in the same period, Omega Group started a legal dispute against British American Tobacco. Similar to the aforementioned case, Judge Vladimer Kakabadze was the one to hear it and ordered British American Tobacco in his ruling to pay a GEL 270 million fine for dumping pricing. Importantly, in both of his rulings, Judge Kakabadze used the same substantiation and brought incorrectly interpreted norms as a ground for his rulings.

On 26 September 2018, Transparency International Georgia published an article where suspicious links between the secret recordings of the Omega Group and the aforementioned links are identified. According to the article, representatives of both the executive and judicial branches of the government are involved in these cases.

Since July 2019, Vladimer Kakabadze has been appointed as a judge of Tbilisi Court of Appeals (lifelong tenure). Currently, Mr Kakabadze is among those candidates who, given the decision of the majority of the High Council of Justice members, were presented as candidates for the Supreme Court to the Parliament of Georgia. The Parliament of Georgia plans to have a voting on Vladimer Kakabadze’s candidacy in the nearest future.

P.S. On 12 December 2019, Vladimer Kakabadze has been elected as a lifelong judge of the Supreme Court of Georgia, by the Georgian parliament.