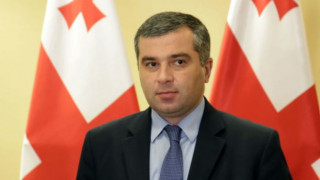 “As compared to 2012, the Georgian Dream increased bureaucratic expenses by GEL 1 billion”

Chairman of the European Georgia – Movement for Freedom, Davit Bakradze, in a discussion on an anti-crisis plan to alleviate the negative impact of the coronavirus pandemic on Georgia’s economy, stated: “As compared to 2012, the Georgian Dream increased bureaucratic expenses by GEL 1 billion.”

Mr Bakradze’s figure, GEL 1 billion, does correspond to the increase in the total sum of the common budget’s[1] labour remuneration and goods and services components which are administrative expenses. In order to analyse the trend of changes in administrative expenses over time, it is appropriate to discuss relative figures vis-à-vis the gross domestic product or/and budget appropriations instead of using nominal figures. Comparing the nominal figures for expenses in an eight-year period is incorrect because, on the one hand, the nominal figures for budget revenues and payables do increase and, on the other hand, they are not adjusted to inflation. In addition, administrative expenses incorporate those expenses necessary for defence and public order (police), wages of doctors, teachers and firefighters, etc.

Of important note is that the context of the statement refers to the possibility of alleviating the crisis by liberated money. Although, as mentioned previously, the aforementioned figures for bureaucratic expenses do not reflect the funds spent on the well-being and luxury of the “bureaucrats” alone whilst any discussion on the expediency of expenses allocated for a certain group needs additional arguments. In particular, it is necessary to differentiate those expenses which would be expedient to decrease/eliminate. However, even in this case, it could potentially be beneficial to put the liberated money into another category (for instance, expenses on healthcare) which still belongs to the administrative expense category. Therefore, the claim that administrative (and not bureaucratic) expenses increased by GEL 1 billion as compared to 2012 and so it is possible to cut them in the same amount and re-allocate this money for different purposes is groundless. Consequently, in an eight-year perspective, highlighting links between the changes in the absolute figure for administrative expenses and the volume of funds in the current budget which could be “liberated” is manipulative.

[1] The common budget encompasses the consolidated figures for the state, the autonomous republic and self-governing unit budgets.