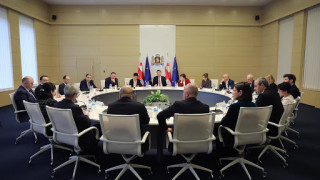 State of Emergency – What are the Government’s Emergency Powers?

To prevent the mass spread of the novel coronavirus (COVID-19) and for the better management of the crisis situation, the President of Georgia, Salome Zurabishvili, declared a nationwide state of emergency on 21 March 2020 based on the address of the Prime Minister. The state of emergency will be effective until 21 April. According to the President’s decree, the Government of Georgia is granted emergency powers to partially or fully limit constitutional rights. In particular:

· Relevant bodies are authorised to forcibly transfer a person to a respective place for violations of the isolation or quarantine rules imposed by the Government of Georgia.

· The Government of Georgia is allowed to establish the rules of isolation and quarantine in a manner different from the current legislation.

· All international air, land and sea traffic was suspended with the exception of cargo transport.

· The Government of Georgia is allowed to regulate the carriage and transportation of passengers throughout Georgian territory in a manner different from the current legislation.

· The right of conjugal visits in prisons envisaged by the Imprisonment Code was suspended.

· The Government of Georgia is authorised to impose different terms of delivering public services and different terms/dates for state administrative work.

· The Government of Georgia is allowed to restrict property rights for quarantine, insulation and medical purposes in line with its terms and to use the property and material means of both individuals and legal entities.

· Any kind of assembly, manifestation and public gathering is restricted but excluding exceptional cases provided by the ordinance of the Government of Georgia. Of note is that the Prime Minister’s appeal to the President read that gatherings of more than ten people would be banned. There is no such clause in the President’s decree. As stated by the Speaker of the Parliament of Georgia, Archil Talakvadze, the restriction of the right of assembly does not apply to the people taking part in religious rites since the President’s decree does not put a restriction on the freedom of belief.

· The Government of Georgia is allowed to ban or restrict certain activities of private legal entities as prescribed by the ordinance or order them to carry out a specific activity.

· The Government of Georgia is allowed to independently determine the special sanitary-hygiene rules for individuals, legal entities and public institutions.

· The Government of Georgia is allowed to cap prices on vital medications, medical supplies, services and basic consumption products in the case of necessity.

· The Government of Georgia is allowed to establish rules for educational establishments different from those established by Georgia’s legislation on education.

The President’s decree does not envision essentially new restrictions and it mostly includes those restrictive measures which were adopted prior to the declaration of the state of emergency. In addition, it is safe to say that the President’s decree was not exactly in response to the situation on 21 March 2020 and was intended for the future expansion of the Government’s powers.

Most of the restrictive measures adopted by Georgian authorities prior to the declaration of the state of emergency were, legally speaking, of recommendatory nature.[1] The expansion of the Government’s powers enables it to take more compelling and effective steps in the fight against epidemics, on the one hand, and creates an increased risk of the Government abusing these powers, on the other hand. The role of procedural democracy in a country backslides under the state of emergency.

Of note is that the Government of Georgia started to gradually use the powers granted by the President’s decree. On 22 March 2020, an extraordinary session of the Interagency Coordination Council was convened. After the session, the Marneuli and Bolnisi municipalities were put under a strict lockdown. This means that the entrance and exit from these municipalities was banned and public transport was restricted. Any movement inside the territories of these municipalities was also banned with the only exception of buying groceries or medication or getting medical services. In addition, everything was closed except for grocery stores, pharmacies and facilities of critical infrastructure. Local media in Marneuli and Bolnisi continues business as usual whilst Georgia’s Public Broadcaster ensures the transmission of information for other media. As stated by Giorgi Gakharia, radical measures were stipulated after the identification of the case of the internal transmission of the coronavirus in the Marneuli district.

On 23 March 2020, the Government of Georgia adopted an Ordinance on the Approval of Measures to be Implemented inConnection with the Prevention of the Spread of the Novel Coronavirusin Georgia. According to the Ordinance:

· The educational process was suspended in educational institutions until 21 April 2020. All trainings, conferences, seminars and similar events were prohibited except in remote forms.

· All types of cultural and mass sport activities, either in closed or open spaces, were prohibited.

· Assemblies and/or demonstrations under the Law of Georgia on Assemblies and Demonstrations are prohibited for the duration of the state of emergency. In addition, the gathering of more than ten people in a public space[2] was prohibited. Social activities which involve the assembly of more than three natural persons (such as funeral repasts, wedding parties and similar activities) were prohibited. The assembly of more than ten natural persons in those private entities where the restriction to halt activity does not apply is permitted depending on the specific nature of the facility and with a social distance of not less than two metres.

· For the duration of the state of emergency, any economic activities are suspended except for grocery stores and pharmacies as well as the production/transmission/distribution/supply of electricity, natural gas and water and the supply of petrol, diesel and liquefied gas, and the delivery of telecommunications and press booths.

· The activities of restaurants, public catering facilities and catering facilities in enterprises and organisations are permitted for the duration of the state of emergency only through delivery services or drive-through services without allowing customers into a retail space. All facilities have to observe strictly defined special sanitary-hygiene rules.

· The timeframe established by the law for the submission and review of administrative complaints was suspended.

· The timeframe established by the legislation of Georgia for releasing public information and personal information is suspended.

· Most of the procedures envisioned by the Law of Georgia on Enforcement Proceedings were suspended/postponed.

The aforementioned restrictions are in force until the expiration of the state of emergency. In addition, if necessary, the Government of Georgia is allowed to resort to additional measures, impose new restrictions and make new regulations stricter or softer, etc. Of additional note is that each restriction must have appropriate substantiation and necessity for imposition.

In accordance with Article 71 of the Constitution of Georgia, in a situation when state bodies lack the capacity to fulfil their constitutional duties normally, the President of Georgia will, upon recommendation by the Prime Minister, declare a state of emergency across the entire territory of the country or in any part of it and immediately present this decision to Parliament for approval. The decision will enter into force upon the announcement of the state of emergency and when Parliament approves the decision upon its assembly. If Parliament does not approve the decision following a vote, it becomes null and void. Emergency powers will only apply to the territory for which the state of emergency is declared. During a state of emergency, the President of Georgia issue decrees that have the force of organic law. In accordance with the hierarchy of the normative acts in Georgia, organic law is superior as compared to ordinary law.

In accordance with the Constitution of Georgia and the Law of Georgia on the State of Emergency, the decree issued by the President of Georgia during the state of emergency and co-signed by the Prime Minister of Georgia can restrict the following constitutionally guaranteed rights: human freedom, freedom of movement, rights to personal and family privacy, personal space and privacy of communication, rights to freedom of opinion,information, mass mediaand theinternet; rights tofair administrative proceedings,access to public information, informational self-determination, andcompensation for damage inflicted bypublic authority; right of property, freedom of assembly, freedom oflabour, freedom of trade unions, the right to strike and freedom of enterprise.

In addition to limiting the constitutional rights, the President’s decree can also suspend specific norms of the Constitution. The law gives a list of norms which the President is allowed to suspend. The Prime Minister’s co-signature on the decree limiting the rights will be considered as the issuance of the decree and it goes into force from that moment whilst a decree on the suspension of a norm enters into force upon approval by the Parliament of Georgia. After the decree goes into force, its text is broadcast for the whole day and is promulgated nationwide by every available media.

[1] On 19 March 2020, after the end of the meeting of the National Security Council, the Prime Minister stated at a press briefing that all trade facilities in the country have to be closed. In spite of such a formulation, the Government of Georgia did not have the authority to impose such a restriction and it could be of recommendatory nature only.

[2] For the purposes of this decree, public space is any place both indoors and outdoors with the exception of living space for private individuals.