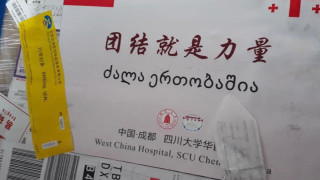 Mass testing is one of the major tools to contain the spread of the coronavirus. It is most effective in the early stage of the spreading of the virus to ensure timely detection and the isolation of infected individuals. This is highlighted by the World Health Organisation as well. Tedros Adhanom Ghebreyesus, the current Director-General of the World Health Organisation, stated: “We (WHO) have a simple message for all countries: Test! Test! Test! Test every suspected case. If they test positive, isolate them and find out who they have been in close contact with up to two days before they developed symptoms and test those people too.” In addition, the Director-General of the WHO also told other countries to follow the containment strategies used in China and South Korea.

Laboratory diagnostics of COVID-19 are carried out by the PCR (polymerase chain reaction) method. Apart from the PCR method, COVID-19 is also detected by rapid tests which identify antibodies[1] or antigens.[2] The advantage of rapid tests is that the virus can be detected quickly. In addition, the unit cost of such tests is much lower as compared to the PCR method. Moreover, rapid tests allow detecting infected people who show no symptoms. In addition, the PCR method requires a high-tech laboratory. Therefore, when we speak about large-scale or mass testing, it is about using the rapid diagnostic tests.

In the fight against the pandemic it is necessary to know a country’s epidemiological situation. This can be identified by mass testing. Rapid tests rapidly detect the virus and simultaneously allow sparing resources. A complex approach is needed to use rapid tests. They are not 100% accurate; in particular, at the early stages of the infection. If a person tests positive, the result has to be double-checked in a laboratory whilst if he tests negative, (for instance, if he had contact with an infected person), he has to stay in isolation and be tested again later.

Many health professionals believe that without mass testing it is impossible to contain the pandemic. The rapid and timely detection of the virus impedes its further spread and also significantly reduces the risk of death. South Korea, which managed to contain the spread of the infection by mass testing, is one of the successful examples of this strategy. In addition, the mortality rate in South Korea is below 1%. South Korea conducts over 20,000 tests every day. Of note is that the small Italian town of Vo, which was in the epicentre of the epidemic outbreak, succeeded to contain the new infection by rapid and mass testing. Singapore’s authorities also subscribe to the mass testing strategy and the UK plans to carry out 25,000 tests every day as opposed to what they envisaged before.

When will Georgia Start Using the Rapid Tests?

After putting Marneuli and Bolnisi in lockdown, talks about rapid testing have intensified.[3] Marneuli could be a possible hotbed for an epidemic outbreak.[4] Therefore, it is important to rapidly test the population and detect infected individuals. Of note is that special groups have carried out health check-ups on more than 20,000 people and only 25 of them had an elevated body temperature. Of them, two were hospitalized. However, without testing, the epidemic picture assessment remains at least incomplete since infected people could also show no symptoms.

On 23 March 2020, the Prime Minister of Georgia, Giorgi Gakharia, stated that rapid tests were not a panacea. On 24 March, the Deputy Director of the National Centre for Disease Control, Paata Imnadze, stated: “Rapid tests are very good for mass testing. These types of tests might be required in the Marneuli and Bolnisi municipalities. Therefore, we really need rapid tests at the moment.”

According to the information of the Ministry of Health, it is planned to receive 216,000 rapid test kits in total from 24 March to 4 April.

· At the third stage 5,000 antigen tests will be delivered.

The Ministry of Health of Georgia has already signed a contract with one Chinese company to purchase 215,000 rapid tests. The cost of one rapid test is USD 5.50 and the total value of the contract is USD 1,182,500.

On 23 March 2020, the Minister of Health, Ekaterine Tikaradze, stated that Georgia’s rapid tests would be delivered to the country on 24 March.

Georgia received 1,000 tests from China although these tests are methodologically the same ones which we already had. These tests are intended for the Marneuli district and they have been put into use since 25 March. The Minister of Health, Ekaterine Tikaradze, stated: “These rapid tests are similar to the tests which are used in Georgia thus far although the timing is decreased from six hours to 1.5 hours.” As clarified by the Minister, Georgia would receive additional tests by the end of the week.

Maya Butsashvili, an infectionist, clarified on air on TV Pirveli: “A rapid test is such test when you have the result in 15-20 minutes. If we speak about 1.5 hours, then we speak about the analysis which is methodologically similar to what is done in the Lugar Laboratory. It is not about timing only, it is about the methods. A rapid antibody test allows the detecting of an antibody which an immune system has developed against the virus. The antigen test allows the rapid detecting of the virus in nasal and throat swabs or detecting the virus with a molecular assay which is currently done in Georgia. If we speak about the rapid tests, they can be conducted in any clinic. If we speak about the PCR method, this can be done in special clinics only and it cannot be done at a mass level.” The infectionist highlighted the need for a variety of tests since she believes that it will be otherwise difficult for us to control the situation.

On 23 March 2020, Georgia signed a contract with the Chinese company Shenzhen Bioeasy Technology to purchase rapid test kits. The contract envisions the delivery of 215,000 rapid test kits to Georgia with a total value of USD 1,182,500.

Later, it was reported that Spain, too, has purchased rapid test kits from the same company. According to the Spanish research results, the rapid test kits had only a 30% detection rate and, therefore, Spain returned the tests to the producing company.

On 27 March 2020, the Minister of Health, Ekaterine Tikaradze, stated that the contract with Shenzhen Bioeasy Technology for the purchase of rapid tests was cancelled. According to the Minister, negotiations on purchase of rapid tests are underway with another company. Of note is that this does not concern the aforementioned 1,000 tests which Georgia received as a gift from China on 24 March. These tests are not rapid tests. Instead, they are PCR tests which have a higher reliability (methodologically they are the same tests used by the Lugar Laboratory). In addition, as clarified by the Minister, the results of any tests which Georgia receives in the future will be double-checked by the Lugar Laboratory.

[1] An antibody is a protein which is produced by the immune system to neutralise antigens in the body.

[2] An antigen is a genetically foreign substance.

[4] On 22 March 2020, a woman from Marneuli was tested positive for the coronavirus and her source of infection remains unknown. In addition, the infected person had immediate contact with nearly 90 persons whilst the chain of contacts reaches 1,700.