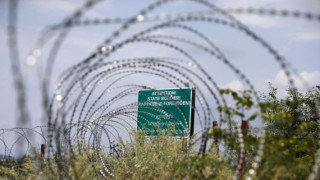 How Abkhazia and the Tskhinvali Region Are Fighting the Coronavirus

A woman from the occupied Abkhazia, who was admitted to Zugdidi hospital, tested positive for the coronavirus. According to the reports of the Abkhazian media, the aforementioned patient travelled from Moscow to Adler and crossed the “Russian-Abkhazian border.” After showing virus symptoms, she initially went to the local hospital and later, following the clinic’s decision, moved to Zugdidi. According to the same reports, it was the Georgian side which transported the woman from the administrative border line to the Georgian-controlled territory.

De-facto authorities deny the fact of transporting the woman from Abkhazia to Zugdidi although the so-called Ministry of Health has published this information on its Facebook page. It is also reported that after the woman had tested positive for the coronavirus, the de-facto authorities imposed stricter quarantine measures.

According to Abkhazian media reports, movement between the Gali and Ochamchire districts was prohibited and operations headquarters started to carry out their duties. Based on the same information, all entrance-exit roads to and from Gali have been blocked and locals are banned from leaving the district.

Although the occupation authorities do not confirm the fact of the transportation of a person to Zugdidi, civic activists actively discuss this issue in closed groups on social networks. According to their posts, two patients with the coronavirus symptoms have already been taken to the clinics located on the territory controlled by Georgia’s central authorities.

In the past few days, the Prime Minister of Georgia, Giorgi Gakharia, has made several statements about the admission of patients from the occupied territories. The Prime Minister said that the quick opening of the Rukhi University Clinic is related to the healthcare of citizens on both sides of the occupation line. According Mr Gakharia’s information, in the upcoming days both Rukhi University Clinic and Zugdidi Hospital for Infectious Diseases will be ready to admit patients infected with the coronavirus. The Ministers inspected the medical facilities before they started admitting patients.

Prior to the announcement of the nationwide lockdown in Georgia, public transport was stopped in Samegrelo and check-points were installed at the entrances of the municipalities. According to the information of the Prime Minister’s staff, the strict control imposed over Samegrelo is particularly important in light of the deteriorating epidemiological situation in Abkhazia.

Since 14 March 2020, the de-facto authorities have closed the crossing-point to Georgia due to the fear of the spread of the coronavirus. After holding the so-called presidential elections, Abkhazia declared a state of emergency (from 28 March to 20 April) and restricted travel to Russia as well. In the meantime, the de-facto authorities declared a curfew which according to them was stipulated by the attempts to enter Georgia-controlled territory from the Gali district by crossing the Enguri River.

According to the reports of local media, not a single case of the coronavirus has been confirmed in Abkhazia thus far. It is hard to say whether or not these reports are true. In regard to prevention and the methods for fighting the coronavirus, the local media reported that the de-facto authorities requested assistance after confirming the coronavirus in Georgia at a specially convened closed meeting. According to the same source, by the end of February the de-facto authorities expressed their readiness to receive international medical assistance.

On 18 March, the interim Minister of Foreign Affairs of the de-facto Republic of Abkhazia, hosted World Health Organisation (WHO) and United Nations Development Programme (UNDP) representatives to discuss the coronavirus. At that occasion, medical equipment and medications, 500 pieces of special personal equipment for doctors, over 600 litres of anti-septic and nearly 500 litres of anti-bacterial soap were delivered to the occupied region.

Of note is that the international humanitarian aid was delivered to Abkhazia from Georgian territory, across the Enguri bridge. This is the main precondition for the international organisations to maintain relations with the occupied regions through the territory of Georgia.

In contrast to Abkhazia, the Tskhinvali regime refused to hold a meeting in a similar format and expects aid from Russia. The chief sanitary doctor of the de-facto republic, in her speech before MPs in the Parliament, stated that local physicians do not have the necessary equipment and there is a shortage of medicine in the pharmacies. The doctor also clarified that there is no high-level laboratory in Tskhinvali where they would be able to detect the virus. Several days before, the Russian media reported that the Tskhinvali regime received a testing system from Russia in order to detect the coronavirus. Prior to that, the de-facto authorities put restrictions on travel both to Russia and the rest of Georgia. This decision is also stipulated by the threat of the spread of the novel coronavirus. On 11 March 2020, the last patient was transported from Tskhinvali to Georgian-controlled territory through Ergneti with the assistance of the Red Cross, albeit without coronavirus symptoms.

Similar to Abkhazia, coronavirus cases have also not been detected in Tskhinvali. However, the de-facto authorities state that 77 patients remain under medical supervision. As a result of travel restrictions, the Akhalgori district also ended up in a difficult situation together with Tskhinvali. According to the information of Dea Mearakishvili, a local activist, there is a shortage of both food and medical supplies in Akhalgori.

According to the information of Amiran Gamkrelidze, Director of the National Centre for Disease Control of Georgia (NCDC), neither occupied Abkhazia nor the Tskhinvali region possess the tools necessary to diagnose the coronavirus. Therefore, it would be impossible to confirm suspected cases in a laboratory. In the last period, the Government of Georgia has expressed readiness multiple times to admit patients from the occupied territories.

The Democracy Research Institute (DRI) also highlights the difficulties in Georgia’s occupied regions in light of the pandemic. According to the DRI’s information, Gali and Akhalgori clinics still do not have coronavirus diagnostic means and there is a shortage of both medical supplies and first aid medicine. In addition, the DRI believes it is alarming that most of people living in the Gali district have problems with their documents which means that even in the case of showing COVID-19 symptoms, Sokhumi clinics might not admit them.

The situation in occupied Akhalgori is similar where according to the DRI’s information, five patients have been put into quarantine zone there. Of them, one of the patients is in an isolated unit of Akhalgori hospital’s maternity section where quarantine space has been set up for seven patients.

The DRI believes that given the aforementioned difficulties, more effective work is needed to deliver the message of necessary assistance to the de-facto authorities in order to ease access to healthcare under the pandemic. As stated by the DRI, it is important to elaborate additional mechanisms to help the people in the occupied regions which include providing Gali and Akhalgori clinics with the necessary tools to fight the pandemic as well as using every available resource and communication channel.