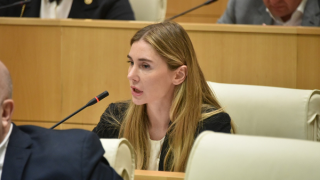 “A total of 69% of people live in poverty and Georgia is number one in the region in terms of the hunger index.”

Verdict: FactCheck concludes that Tina Bokuchava’s statement is HALF TRUE

Resume: Tina Bokuchava’s statement is based on the World Bank’s report concerning the 2010-2014 poverty level decrease in Georgia. According to this report, the share of people who were poor and moderately poor in Georgia in 2014 were 32.3% and 37%, respectively. The author of the statement sums up the aforementioned two figures which amount to 69%. However, measuring the country’s current situation in terms of poverty based on 2014’s figure is irrelevant and misleads the public. Therefore, FactCheck concludes that the first part of the statement is a manipulation.

According to 2019’s data, Georgia is ranked 39th in the Global Hunger Index of 117 countries. Georgia is outperformed by neighbouring nations and is only ahead of Turkmenistan and Uzbekistan in the Eastern Europe region. Tina Bokuchava’s statement in regard to hunger is not completely accurate and FactCheck concludes it is mostly true.

On 29 May 2020 at the session of the Parliament of Georgia, United National Movement member Tina Bokuchava stated: “A total of 69% of people live in poverty and Georgia is number one in the region in terms of the hunger index.”

In 2016, the World Bank published a special report on poverty indicators in Georgia which reflects the data for 2010-2014. Tina Bokuchava’s statement is based on 2014’s data which is irrelevant for measuring the current situation in the country in terms of poverty.

According to the World Bank’s poverty estimation methodology, poverty is measured according to people’s expenses. A person is considered to be poor when he spends less than USD 2.5 per day on himself. The same report details another categorisation of poverty; that is, moderately poor when a person’s daily consumption is between USD 2.5 an USD 5. According to the World Bank’s report, the extreme poverty rate declined annually in Georgia in 2011-2014. In 2010, 46.7% of the Georgian population was poor whilst this figure decreased to 32.3% in 2014. In the same period, the number of moderately poor increased from 34% to 37%.

The author of the statement sums up the aforementioned two figures which amount to 69%. Of note is that the total sum of the extreme and moderate poverty figures under the previous government in 2012 was 78%. 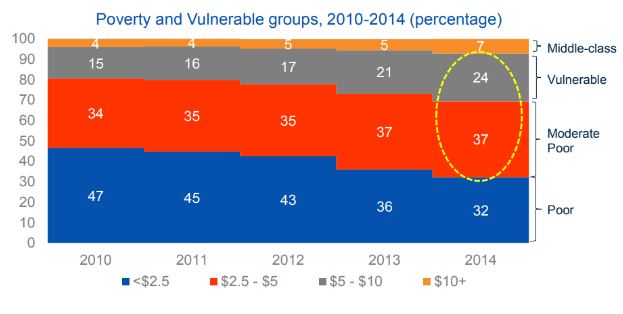 Since the World Bank has not produced a similar report thereafter, we cannot say how these figures dropped in the following years. However, according to the other data of the World Bank which in turn is based on the data of the National Statistics Office of Georgia, the poverty level declined as compared to 2014. The absolute poverty level in Georgia was 19.5% in 2019 and 23.5% in 2014.

Tina Bokuchava also speaks about the hunger index. According to 2019’s data, Georgia is ranked 39th in the Global Hunger Index’s 117 countries. Georgia’s position in the index has worsened as compared to the latest data from 2010. In the Global Hunger Index Georgia is outperformed by its neighbouring nations and is only ahead of Turkmenistan and Uzbekistan in the Eastern Europe region. 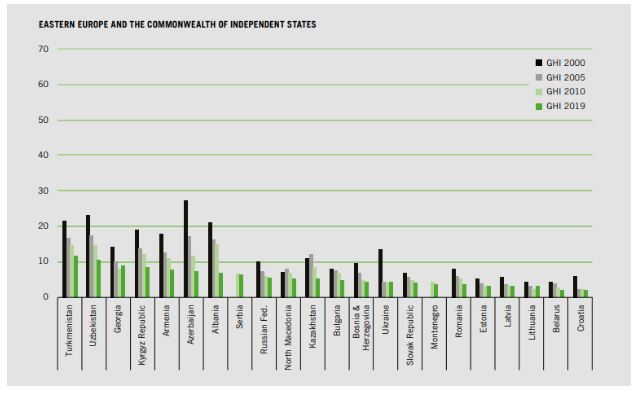