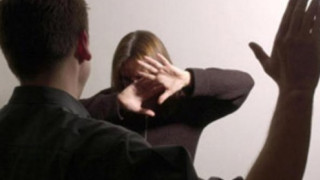 Domestic Violence and Violence Against Women Amid the COVID-19 Pandemic

In light of pandemic-induced lifestyle changes, domestic violence has surged around the world.

The spread of the novel coronavirus has led to people self-isolating or quarantining themselves. Some people in Georgia and around the world lost their jobs and some started to work from their homes. As a result, domestic violence has surged worldwide. In some EU member countries cases of domestic violence have recorded a 33% rise and there has also been a spike in reporting to domestic violence centres. UN Secretary-General, António Guterres, as early as April called for countries to take relevant measures to tackle the surge of domestic violence against women and girls.

On 12 March 2020, all public and private entities in Georgia were recommended to start teleworking and a nationwide state of emergency was declared on 21 March 2020. Although the state of emergency was lifted on 23 May 2020, a part of public and private sector employees still continues working remotely. Therefore, the increased risks of domestic violence still persist. In addition, we should take into account that the risks are further aggravated by such pandemic-related factors as the deteriorated economic situation and associated stress, social isolation, etc.

In spite of global trends, the picture differs in Georgia. The data of the Ministry of Internal Affairs (MIA), which shows domestic violence figures, do not reflect any sharp changes amid the pandemic. As reported by the MIA, this year the highest number of restraining orders was issued in August and the least amount were issued in April. Of note is that the nationwide state of emergency and curfew were in force throughout April whilst a large part of the restrictions were already lifted by August.

The dynamic of the reported domestic violence cases in 2020 illustrated that there was no surge in crime given in Article 1261 of the Criminal Code of Georgia under the state of emergency (March-May) when the strictest lockdown measures were enforced. Furthermore, the least amount of cases, numbering 70, were reported in April. However, there has been a trend of growth in reported domestic violence cases since April.

Graph 3: Dynamic of Crime Given in Article 1261 (Domestic Violence) of the Criminal Code of Georgia by Month in 2020

Although the available statistical data do not allow a comprehensive analysis of the issue, Georgia’s statistics raise some doubts considering the global surge in domestic violence worldwide.

In accordance with the MIA’s statement in April, there was no rise in domestic violence cases amid the pandemic. Simultaneously, human rights organisations noted that more women had recently requested violence-related legal aid than in previous periods. These circumstances raise questions as to whether or not statistical data are being manipulated, something which might have happened before.

In addition, we need to take into account the statements of experts that domestic violence victims in isolation are struggling to have contact with law enforcement or the outside world and this is something which affects crime statistics. As stated by Baia Pataraia, Head of Union Safari, the vast majority of women even had difficulty to call the police. Ms Pataraia stated in April: “They call us, cautiously, and whenever they find an opportunity and all of them seem to be very confused. They cannot decide to call the police and they ask us to call the police for them if their situation gets out of hand.”

In regard to the MIA’s actions to prevent domestic violence during the state of emergency, the Ministry said in a statement that police were patrolling the streets in order to enforce the restrictions under the state of emergency and violence victims felt more secure. In addition on 26 June 2020, the Prime Minister Giorgi Gakharia stated that the authorities did their best to prevent human rights violation even under the pandemic and the state of emergency. The Prime Minister stated: “Domestic violence cases were a serious problem and we and the MIA did everything to minimise such cases in Georgia and we sought to work proactively in this regard.”

Given all of the aforementioned, it is essential that the MIA provide an explanation to the following:

• What would have stipulated the fact that the number of reported cases did not increase in Georgia given the global surge of domestic violence amid the pandemic?

• How could we explain the fact that in light of the MIA’s statement in April (that there was no rise in reported domestic violence cases amid the pandemic), human rights organisations noted that more women sought violence-related legal aid than before?

• What specific measures did the MIA take to prevent domestic violence and violence against women amid the pandemic?