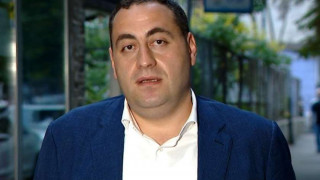 “As compared to even 2017, foreign direct investments in Georgia have decreased by USD 500 million.”

The leader of the Strategy Builder political platform, Giorgi Vashadze, in debates with the Georgian Dream MP, Mamuka Mdinaradze, stated: “As compared to even 2017, foreign direct investments in Georgia have decreased by USD 500 million.”

In accordance with the preliminary data of the National Statistics Office of Georgia, USD 237.8 million in foreign direct investments were made in Georgia in the second quarter of 2020 which is 0.5% (USD 1.2 million) more as compared to the same quarter of 2019. In regard to the first half of this year, a total of USD 409.6 million was invested in the first six months of 2020 which is 25.6% less as compared to the same period of the previous year. The current volume of half-year investments stands at the lowest in first half-year figures of the last decade.

To some extent, the pandemic-induced crisis is a reason behind this decrease, although a sharp trend of FDI decrease has been clear-cut prior to the pandemic and poses a significant problem. Graph 1 shows FDI quarterly statistics. In 2017, total FDI constituted USD 1,978.3 million whilst this figure was USD 1,310.8 million in 2019 which is a USD 667 million drop (33.7%) as compared to 2017.

Of note is that according to the National Statistics Office of Georgia, among the primary causes behind the decrease in FDI in 2018 was the completion of the BP ‘magistral’ pipeline and the change of ownership of several large enterprises which are now in the hands of Georgian residents as well as cutting obligations (paying debts) to non-resident direct investors. The authorities have often referred to these circumstances. However, the authorities’ providing only “technical” aspects (paying debts, completion of BP pipeline project, etc.) may be speculative. Usually, when FDI was on the rise in the past years, attention was not paid to such details. Of importance is that a part of the investments have previously been outflowing from the country (debts were paid and companies were sold), although these outflows were offset by other inflows which could not be done in the past years. Therefore, the pointing out of technical reasons does not absolve the authorities of their responsibility.