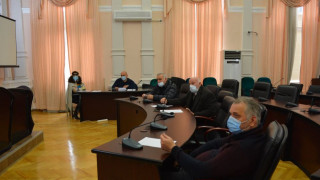 In spite of the damage inflicted by the pandemic, Ajara’s chief financial document has estimated revenues at GEL 328,474,000 for the next year which is nearly 7% more as compared to 2020’s planned budget (GEL 306,974,600). However, of note is that in the initial version of the 2020 budget, revenues were planned at GEL 322,094.300. In May, when the pandemic-induced reality necessitated the introduction of an “emergency budget,” the figure for revenues decreased and was set at GEL 306,974,600 according to the final draft. FactCheck has already written about this issue. The estimated revenues for the next year are only 2% more as compared to the amount which was planned at the beginning of 2020.

In regard to 2021, the estimate figures for revenues are as follows:

Table 1: Estimated Revenues for the Republican Budget of the Ajara Autonomous Republic, GEL

The bulk of revenues is usually formed by tax incomes. In particular, the estimated taxes on income, profit and capital added value constitute GEL 290 million for the next year. Of note is that the same figure in the 2020 budget stands at GEL 255 million, meaning a 13% growth.

As a result of amendments to the 2020 budget, expenses were also cut and the latest planned amount is GEL 338,474,600 whilst the amount planned at the beginning of the year was GEL 350,094,300. The estimated amount of payables in the 2021 republican budget is GEL 349,474,000 which constitutes a 3.24% growth as compared to the same figures of the current year although it is 0.2% less as compared to the amount planned at the beginning of this year.

In terms of budget components, payables are as follows:

Table 2: Estimated Payables in the 2021 Republican Budget of the Ajara Autonomous Republic, GEL

Of note is that the estimated figure for goods and services in the expenses component decreases significantly by GEL 11,408,600. The labour remuneration figure is also slightly less. Of interest is a comparison of these figures to those of the first draft of the 2020 republican budget. As a result of the amendments, funding allocated for labour remuneration decreased whilst funding for goods and services increased. See FactCheck’s article.

As we see, the estimated figure for labour remuneration in next year’s budget has been decreased as compared to both the initial and the amended version of the 2020 budget. Funding allocated for goods and services is lower as compared to the same figure of the previous year.

According to the draft budget, the Ministry of Finance and Economy of the Ajara Autonomous Republic will receive the largest amount of funding of all of the spending institutions. According to 2020’s plan, appropriations for that Ministry constitute GEL 109,361,200 (GEL 113,800,800 was planned prior to the amendments). In accordance with 2021’s estimated figures, GEL 123,363,200 is allocated for that purpose.

Of this amount, GEL 5,450,000 is intended for the labour remuneration of 269 employees which is GEL 30,700 more as compared to this year’s figure. The volume of funding for investment attraction facilitation and regional investment potential promotion programmes is marginally increased. In regard to the urban development and spatial arrangement programme, its estimated funding is GEL 6,770,000 which is GEL 5,867,700 more as compared to 2020’s plan. However, it was planned to spend GEL 4,972,000 at the beginning of this year. As a result of changes, funding was cut and the current plan is GEL 902,300. The programme funds will be spent on sub-programmes for settlement planning and infrastructure, tourism infrastructure, mountain resorts and recreational areas.

In addition, the Ministry of Finance and Economy has allocated GEL 30 million for accommodation for socially vulnerable families and those affected by natural disasters. This means providing accommodation to families from these categories which arbitrarily entered and settled on the territory of the so-called Dream Town. Another GEL 5 million will be spent on a gasification sub-programme for Ajara’s mountain regions whilst over GEL 8 million is envisioned for the maintenance and development of recreational areas, including Batumi Boulevard.

Estimated appropriations for the Department of Tourism and Resorts – subordinate to the Ministry of Finance and Economy – have decreased and stand at GEL 7,700,000 which is GEL 12,709,100 less as compared to 2020’s plan. However, appropriations for the department was amounted to GEL 9,711,300 at the beginning of the year. Given the pandemic-induced situation, this figure increased and reached GEL 20,409,100. Most of additional appropriations were spent on the setting up of quarantine zones and FactCheck has devoted an extensive report to this issue.

Prior to the amendments made in the republican budget in May 2020, GEL 56,390,100 was allocated for the Ministry of Education, Culture and Sport. Amid the pandemic, the Ministry’s appropriations were cut to GEL 48,980,300 whilst the estimated figure for 2020 is GEL 58,774,600. This means that appropriations for the Ministry have been increased as compared to both the factual figure of last year and the planned figure for the current year. Of this amount, GEL 17,056,800 will be spent on programmes for the improvement of the infrastructure of educational facilities, inventory and transportation of students of public schools. The funding for higher educational establishments, art and music schools and a youth regional centre increased slightly. In regard to the protection, development and promotion of cultural heritage, 2020’s planned amount is GEL 2,598,600 whilst funding for the next year decreases slightly and constitutes GEL 2,518,600.

Funding for the Ministry of Health and Social affairs decreased by GEL 1,746,700. The 2021 budget is estimated to be GEL 25,091,000. However, the planned amount was GEL 21 million at the beginning of 2020 prior to budget amendments. In May, the Ministry’s budget received GEL 6,082,500 in appropriations for the Batumi Multi-Profile Republican Hospital which was involved in the COVID-management process and currently admits the majority of COVID-infected patients. GEL 3 million is planned to be spent for this medical facility in the next year.

In regard to the Ministry of Agriculture whose funding this year is GEL 15,704,700, there is a slight growth and the estimated figure in the 2021 budget is GEL 15,900,900. Of this amount, over GEL 5 million will be spent on labour remuneration whilst GEL 5,484,900 is intended for the Division of Environmental Protection and Natural Resources.

The estimated figure for republican general-purpose payables were amended to GEL 117,426,200. This year’s planned amount is GEL 126,452,700, although it was GEL 132,147,200 prior to the adoption of the emergency budget. This means that next year’s plan has been decreased vis-à-vis both of the aforementioned indicators. Of this amount, GEL 75,331,600 (2020’s planned amount was GEL 62,700,000) is envisioned for a major financial assistance programme for self-governing units, GEL 1,500,000 is envisioned for special financial assistance for self-governing units (2020’s plan is GEL 11,200,000) and GEL 27,618,100 (2020’s plan is GEL 32,480,200) is envisioned for the funding of private legal entities in which the government is a founding shareholder. Of note is that dividends from the profits of enterprises in which the government is a founding shareholder are included in the revenues of the republican budget, specifically in other incomes in the amount of GEL 3 million.

The 2021 draft budget has decreased the estimated reserve fund and it currently amounts to GEL 3,200,000 which is GEL 3,100,000 less as compared to 2020’s planned figure. In regard to funds to reimburse owners of the properties needed for infrastructural development projects, these have not yet been envisioned in next year’s chief financial document. In 2020, more than GEL 3 million is allocated for this purpose.

As a result of the amendments to the 2020 republican budget enacted in May 2020, the Supreme Council’s funding was cut by GEL 100,000. In accordance with 2021 budget estimates, this figure returned to its initial mark and again amounts to GEL 5,216,800. GEL 3,000,200 is envisioned to fund the staff of the Ajara Autonomous Republic’s government. At the beginning of 2020, this figure was GEL 3,250,200 which was decreased by GEL 250,000 in May although the estimated amount for the next year remains the same.