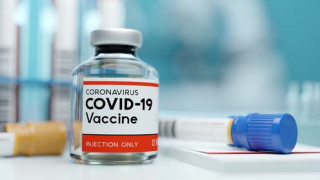 Why Vaccination is Important

Stopping the coronavirus pandemic and saving many lives is possible only with vaccination. At least 60% of the population needs to get vaccinated in order to achieve herd immunity. A number of COVID-19 vaccines were approved and some countries started to vaccinate their populations in December 2020. Georgia plans to introduce the vaccine in the country in the nearest future and Georgia’s National COVID-19 Vaccination Plan has already been adopted to this end. However, the population’s lack of trust towards the vaccine is a serious problem. According to an NDI survey conducted in December 2020, only 41% of those surveyed are ready to be vaccinated against the coronavirus. Based on the WHO’s survey in Georgia conducted in November 2020, only 47% of the population was ready to be vaccinated. The campaign against the vaccine is an important challenge for public health, especially today when defeating a global pandemic is impossible without vaccination. Disinformation targeting the COVID-19 vaccine has been circulating actively through social networks. Of note is that even prior to the outbreak of the pandemic, the WHO named vaccine refusal as the leading problem of global health in 2019.

Vaccination is one of medicine’s major accomplishments. It is the most effective way to prevent a disease. According to the WHO’s information, 2-3 million lives are saved annually with vaccination across the world. An additional 1.5 million lives could be saved if the vaccination scale were widened globally.

Edward Jenner, an English physician, is associated with the invention of the first vaccine in the world, creating the smallpox vaccine in 1796. The smallpox virus was one of the deadliest viruses. Global immunisation started in 1967 and the virus was almost fully eradicated in 1977. The WHO officially declared the eradication of smallpox in 1980.

Polio, which is one of the most acute viral diseases manifesting itself with paralyzing the infected person, has been almost eradicated. As a result of vaccination, incidences of the disease have dropped by more than 99% since 1988. There were 350,000 confirmed cases of polio in 1988 whilst there were only 175 in 2019. As of 2020, only two countries (Afghanistan and Pakistan) remain as endemic hotbeds of polio whilst it was found in 125 countries in 1988.

In 1998, the authoritative scientific magazine, The Lancet, published a paper by a British doctor, Andrew Wakefield, on the links between the MMR vaccine and autism. It was later revealed that Dr Wakefield falsified his paper in exchange for a financial reward and his doctoral license was subsequently revoked. It is from that period in the mid-1990s when the anti-vaxxer movement started to become vocal. Anti-vaxxers are individuals who do not believe in the safety and efficacy of vaccines, actively fight against them and disseminate wrong ideas about vaccination. Of note is that Russian propaganda has also been playing an important role in the anti-vaxxer campaign of late. In particular, Russian accounts in social networks have been busy with promoting disinformation in regard to vaccination.

Simultaneously with the pandemic, there has been a global surge of COVID-19 disinformation, including the anti-vaccine disinformation which has been dubbed as an infodemic by the WHO. In fact, vaccination is the only effective way to stop the pandemic.

What Do We Know about the Vaccines Slated for Introduction in Georgia?

The respective authorities of a country approve the vaccines based on research vis-à-vis their safety and efficacy in the fight against COVID-19.

According to Georgia’s National COVID-19 Vaccination Plan which is based on the country’s legislation, the criteria for vaccine importation are as follows: the vaccine has to be recognised by the WHO or the vaccine should have an emergency authorisation or a national registration from highly reliable national authorities such as the FDA (US Food and Drug Administration), EMA (European Medicines Agency) and other national authorities of UK, Japan, Australia, etc. (in total 37 national authorities).

As of January 2021, three COVID-19 vaccines have been approved by highly reliable authorities in Europe and USA: Pfizer-BioNtech, Moderna and Astrazeneca. Currently, these vaccines are being considered for introduction in Georgia.

At the beginning of December 2020, Pfizer-BioNtech’s vaccine was the first one authorised for mass vaccination and the USA’s FDA later also approved Moderna’s vaccine. At the end of December 2020, the UK approved a vaccine produced in collaboration with Oxford University and the AstraZeneca pharmaceutical company. The Oxford-AstraZeneca vaccine is relatively cheaper as compared to existing analogues. At the same time, it has simpler transportation and storage requirements since it does not need an especially low temperature for storage.

In regard to the efficacy of the vaccines, a vaccine is considered to be effective if its efficacy is over 50%. The efficacy of Pfizer-BioNtech and Moderna are around 95% whilst those of Oxford University and AstraZeneca are nearly 70%.

There are also Russian and Chinese COVID-19 vaccines which have already been put into use by certain countries to vaccinate their populations. However, at this stage they are neither authorised by European and American respective authorities nor recognised by the WHO. Therefore, they are currently not slated for introduction into Georgia.

There have been multiple reports that Georgia lacks the necessary logistical capacity to introduce the Pfizer-BioNtech and Moderna vaccines, alleging that the country was unable to import these vaccines and that the introduction of the Chinese vaccine was under consideration. This is not true (see FactCheck’s article). Georgia’s National COVID-19 Vaccination Plan envisions the usage of a vaccine of any storage temperature with the following amounts:

There are plans to introduce a vaccine with a -2 to -8 Celsius storage requirement for mass usage since Georgia’s cold chain and immunisation system is better adapted to such vaccines.

To achieve this goal, the plan is to vaccinate 60% (1,691,214) of Georgia’s population above the age of 18 years in 2021 and Georgia will need 3,979,300 shots of the vaccine for this purpose. As reported, the COVID-19 vaccination will be administered in two shots with an almost three-week interval in between.

In the first stage, high-risk groups will be vaccinated in the following sequence:

Finally, other groups of the population will be vaccinated.

Georgia has already registered on the COVAX platform and made an advance payment to purchase 1.4 million doses of the vaccine for 20% of the population. According to the information of the Minister of Health, Ekaterine Tikaradze, Georgia expects the first batch of vaccines (Pfizer vaccine) by the end of February 2021.