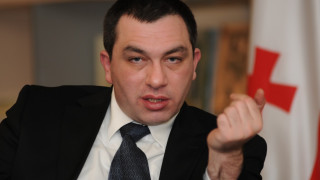 “Nobody has been punished for using force against peaceful protesters.”

Giga Bokeria: “Nobody has been punished for using force against peaceful protesters.”

Resume: More than 19 months have passed since the 20 June 2019 events, although none of those individuals who were responsible for using potentially disproportionate force to disperse protests have been detained/brought to justice. Currently, the Ministry of Internal Affairs has launched criminal cases for three rank-and-file employees as part of the ongoing investigation about a possible abuse of power from law enforcement with the court having decided to use bail – a non-custodial measure of restraint.

On 17 February 2021, Tbilisi City Court satisfied the motion of the Prosecutor’s Office and ruled that Nika Melia, Chairperson of the United National Movement, should be remanded into custody. The court ruling said that the Ministry of Internal Affairs was responsible to enforce the ruling.

Simultaneously with the court hearing, members of different political parties and leaders of the opposition gathered at the UNM headquarters to express their support to Mr Melia. At the UNM office, the opposition representatives stated that they disagree with the court ruling and plan to disobey law enforcers who come to arrest Nika Melia.

In response to the opposition’s stance, the Ministry of Foreign Affairs issued a statement on 18 February 2021 where the MIA “calls for both political party representatives and their supporters to protest peacefully, refrain from violence and not obstruct the police in enforcing the court ruling.”

The leader of the European Georgia – Movement for Freedom, Giga Bokeria, responded to the MIA’s statement. In his interview on air on Mtavari Arkhi, Mr Bokeria stated: “In a country where this crisis has been sparked for one and a half or two years from the creators of Gavrilov Night and the government of criminals and where nobody has been punished for using force against peaceful protesters, arresting an opponent and the main leader of the biggest opposition party is a serious step forward moving to the next level of authoritarian rule.”

On 20 June 2019, the Parliament of Georgia hosted an Inter-Parliamentary Assembly on Orthodoxy. During the Assembly, a Russian Duma MP sat in the Speaker’s chair and presided the Orthodox Assembly. This fact outraged the opposition MPs and part of the Georgian public. The European Georgia members occupied the Speaker’s chair in the parliament and did not allow the Assembly to proceed. At 19:00, an anti-occupation rally started outside the Parliament building where people protested the visit of the Russian delegation and Russian occupation, simultaneously pressing major demands, including Irakli Kobakhidze’s resignation. At 12:00 midnight, the MIA riot police used tear gas and kinetic projectiles (rubber bullets) to disperse the rally outside the Parliament building without prior warning. According to the official data, a total of 240 people were injured, including 80 policemen and nearly 40 media representatives. Some protesters were inflicted with severe physical injuries whilst two of them lost their eyes.

The MIA launched an investigation for two cases concerning the 20-21 June 20-21. One investigation is focused on group violence and the other on the potential abuse of power from law enforcement.

Currently, the Ministry of Internal Affairs has launched three criminal cases for three rank-and-file employees as part of the ongoing investigation about a possible abuse of power from law enforcement. Of note is that the court applied bail – a non-custodial measure of restraint – for all three suspects.

More than 19 months have passed since the 20 June 2019 events, although none of those individuals who were responsible for using potentially disproportionate force to disperse the protests without prior warning have been detained. In addition, those individuals who were responsible for preventing/avoiding a possible abuse of power from specific rank-and-file policemen have not been brought to justice. A great deal of people were injured in the process of the violent dispersal of the June 20 rally and some of the protesters were inflicted with irreparable damage to their health. Therefore, detaining three rank-and-file MIA employees and releasing them afterwards on bail cannot be considered as an effective investigation about the abuse of power from law enforcement. Given the aforementioned circumstances, we may conclude that Giga Bokeria’s statement is TRUE.