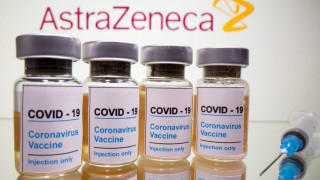 Stopping the coronavirus pandemic and, accordingly, saving many lives is currently possible only with vaccination.

Stopping the coronavirus pandemic and, accordingly, saving many lives is currently possible only with vaccination.

Stopping the coronavirus pandemic and, accordingly, saving many lives is currently possible only with vaccination. According to Georgia’s National COVID-19 Vaccination Plan, the immunisation programme implies the vaccination 60% of Georgia’s adult population; that is, nearly 1.7 million people by the end of this year.

Since the beginning of the vaccination process, Georgia’s first challenge was the acquisition of the vaccine itself. After a number of broken promises, vaccination in Georgia with the AstraZeneca/Oxford vaccine started on 15 March 2021. Health workers are given priority for vaccination. As stated by the director of the National Centre for Disease Control and Public Health (NCDC), AstraZeneca’s 43,000 doses have to be administered in two weeks, meaning administering 3,600 doses daily. In fact, after four days from the start of the vaccination, only 3,365 people have been vaccinated which sharply lags behind the wishes of the NCDC.

As early as in the previous year, we learned that the Georgian population had trust issues towards the issue of vaccination. At the end of November 2020, Deputy Minister of Health, Tamar Gabunia, stated that according to the World Health Organisation’s (WHO) survey, only 47% of surveyed Georgians were willing to take COVID-19 vaccine. As Ms Gabunia unveiled these results, she named the lack of trust towards vaccines as a serious challenge and stated that a “massive information campaign” is needed to solve this problem.

Later, in December 2020, the National Democratic Institute (NDI) conducted a public survey with results that even less people expressed their readiness to get the vaccination: a total of 41% stated they would take the vaccine, 41% refused to do so and 17% said they were undecided.

These figures have been known in Georgia prior to vaccine shipments, although the campaign that would “bore the public” about the necessity and the benefits of the vaccine as well as with messages on impartial and evidence-based information about side effects and immunization is still nowhere to be seen.

On 18 March 2021, Megi Bakradze, a 27-year-old nurse, developed a supposed anaphylactic shock after getting the AstraZeneca vaccine in Akhaltsikhe. Unfortunately, the nurse died.

This rare and serious post-vaccination side effect once again exposed the near absence of the government’s strategic communications on vaccination in Georgia at that same time that this serious and confirmed side effect vis-à-vis anaphylactic shock and death gave rise to even more vaccine-sceptics in Georgia.

What should the government have done to prevent shock among the public and the media from this case of vaccination (the aforementioned rare and serious confirmed side effect of anaphylactic shock and death)?

Let us start with what the government should not have done.

As stated by Amiran Gamkrelidze, the nurse got her dose on 18 March at 12:15 PM and the response was generated in the following 30 minutes. This means that at 12:45 PM, the government bodies had either already had or should have had information about the incident. It was one of the local news agencies which disseminated the information about the incident in the media at nearly 15:18 PM. At least five hours passed before the authorities and health institutes provided clarification for the population (at 17:32 PM). In light of the silence from the official organs, the information vacuum was filled by the media, part of which either intentionally or unintentionally covered the incident imprecisely and with a slant of controversy. The anti-vaxxers and the pro-Russian groups, in contrast to the government, have been involved in rigorous anti-vaxxer campaigns since autumn of last year.

What the government should have done?

The media is pivotal for any campaign or communications process. In order to have had the correct media coverage of the events in order to make sure that the situation was not worsened, even unintentionally, the Ministry of Health and other relevant bodies should have held an information meeting directly with journalists. The journalists should have been prepared for making a correct report on the serious side effects of vaccination and be made aware of whom to ask and where to obtain reliable and verified information for their coverage. Perhaps, more communication would have been helpful in order to avoid showing live coverage of the mourning family members of the late nurse.

In the case of a mass vaccination campaign, the public would have already had information about the vaccine’s possible side effects. Properly informing people as well as the proactive communication with the public would have increased immunity vis-à-vis infodemics among the population and citizens would have been more rational in the face of this adverse medical reaction. However, it turned out that the government was five hours late in responding to the incident, let alone engaging in any previous proactive communication with the public.

The public is virtually unfamiliar with the representatives of strategic communications departments. The public also lacks knowledge as to what these structures do and what their everyday work involves. The only visible signs for the public are the Facebook pages of the aforementioned departments. However, it turned out that the strategic communications departments of the Ministry of Internal Affairs and the Ministry of Defence have removed their Facebook pages. The only accessible page on Facebook is the government’s stratcom which should have a coordinating function between other departments of a similar profile. Strategic communications obviously do not mean being active only in social networks. However, since performance of stratcom is invisible in other domains, FactCheck decided to verify the activities of the government stratcom’s Facebook page.

In fact, the government’s stratcom page should be at the frontlines of its strategic communications and a campaign advocating for vaccination. However, the Facebook page is inactive to the point where there is not even any reposting of NCDC materials at the very least.

Apart from strategic communications departments, FactCheck also took interest in the type of information published on Stopcov.ge. It turned out that nothing about vaccine or vaccine-supporting statements is found on this website. The fact that media news is automatically updated in the lower-right panel of the website is insufficient, to put it mildly.

The vaccination process in Georgia has already been experienced a serious blow. Even before the death of the nurse in Akhaltsikhe, trust towards the vaccine was low. Without the government’s strategic communications on vaccination within a universal campaign, a sufficient level of vaccination will not be able to be reached and, therefore, Georgia will be unable to cope with the pandemic. As a result, the novel coronavirus will claim many more lives and thousands of deaths will happen further.

Strategic communications departments have to understand both the functions and the obligations they are supposed to fulfil and, at least in the time of this crisis, perform their duties which are financed by Georgian taxpayer money.

The Ministry of Health and the NCDC should stop being condescending with the media and stop making statements that their websites contain all of the information about the vaccine, especially when this is not true. Media and civil society will actively engage with a government-led vaccination advocacy campaign but it is the government which needs to start an organised campaign in the first place.

FactCheck’s office and all of our personnel are deeply saddened by the news of nurse Megi Bakradze’s passing. It is important to remember and honour her work as she urged that vaccination is the only way to defeat the pandemic.