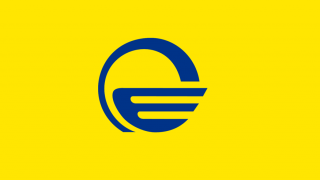 There were numerous instances of disinformation in regard to Resolution 1633. FactCheck decided to make a detailed overview of what is written in the resolution.

Sergi Kapanadze made a publication on Facebook where he wrote: “Today, I received a phone call from PosTV. They have a new hobby – to ascribe their propaganda statements to the Russians and then disguising as other media, they take interest in your stance on those statements.

They asked my opinion about Russia’s plans in Ukraine and read aloud a statement ostensibly made by Mr Kosachev. In fact, the statement was an excerpt from the 2008 PACE resolution which says that Georgia bombed Tskhinvali and used cluster munitions.

I answered that nobody denies that Georgia had bombed Tskhinvali and used cluster munitions, although added that it was not how the war started. They apparently did not like that.”

Sergi Kapanadze made another publication after the previous one, offering his remarks on the discussion sparked by his initial statement: “I am watching a very ludicrous process. Kotsis [1] are so eager to have someone from the opposition saying that Georgia started the war that they will do anything to this end.

Georgia did not bomb a sleeping Tskhinvali, it bombed military targets in Tskhinvali. Thus, yes, Georgia bombed Tskhinvali but not the peaceful population. That is what your president says as well as Bidzina, the boss, and the Russians.

Now, if someone makes a conclusion from all of this that Georgia started the war, let him make such a conclusion. However, that decision would not stem from what is written here. Nor would it stem from the PACE Resolution 1633. You read paragraph five alone whilst you should read the fourth and sixth paragraphs, too, and have a look at the entire resolution. Then, unless you really are an enemy of the country, you will understand how great that resolution is.” [2]

TV Imedi also aired a broadcast about the aforementioned Facebook publications and the ensuing discussions through the social network which it called “Kapanadze’s Russian Narrative.” TV Imedi’s reporter, Nata Makhviladze, distorted Mr Kapanadze’s quote in the broadcast. Ms Makhviladze says that she is quoting Mr Kapanadze’s words: “I responded that nobody denies that Georgia had bombed Tskhinvali with cluster munitions, although that was not how the war started.” Afterwards, the journalist said the following in regard to Resolution 1633: “[The PACE resolution] says directly that Georgia started the war and it is signed by the members of the previous government.”

In fact, Sergi Kapanadze’s publication does not say that Georgia bombed Tskhinvali with cluster munitions. The publication speaks of two facts. In the first part, Mr Kapanadze says that Georgia had indeed bombed Tskhinvali and clarifies that military targets were bombed and not the peaceful population. Georgia indeed carried out a military operation in Tskhinvali’s direction, although the recent ruling of the European Court of Human Rights also states that Georgia did not infringe on the rights of the people and it was Russia which had perpetrated mass human rights violations in the Tskhinvali and Abkhazia regions.

Therefore, Georgia openly cooperates with a prominent human rights organisation and admitted to the use of cluster munitions which is in contrast with the position of Russia.

Therefore, the allegations voiced against Sergi Kapanadze in TV Imedi’s broadcast are fake. On the one hand, TV Imedi continues with government propaganda targeting political opponents and, on the other hand, damages Georgia’s international standing since it provides a very fertile ground for Russian propaganda if the Deputy Minister of Foreign Affairs (during the Russia-Georgia war) “admits” the use of cluster munitions against civilians.

Resolution 1633 does not say who started the war. The eighth paragraph of the resolution is as follows: “The Assembly believes that truth is a precondition for reconciliation. Since the facts surrounding the outbreak of the war are disputed by both Georgia and Russia, they should be established in an objective manner by an independent international investigation. The Georgian authorities have indicated that they would welcome such an international inquiry and the Russian members of parliament have also indicated that they would not object to this proposal. This investigation should not be limited to the outbreak of the war but should also focus on the years leading up to the conflict.”

Therefore, the journalist wrongly quotes the resolution’s fifth paragraph and misleads viewers. Resolution 1633 uses the words “outbreak of war” to denote the start of the war and speaks only about a new level of escalation in the fifth paragraph. Therefore, had Resolution 1633’s aim been to blame Georgia for starting the war, it would have used that term in the fifth paragraph instead of referring to a “new level of escalation.” In addition, it is difficult to imagine who would be interested in such an interpretation of the resolution’s fifth paragraph since this interpretation is indeed a Russian narrative. It is unclear why Imedi TV, by far the most popular and reliable TV based on various polls, seeks such an interpretation vis-à-vis the resolution which is simultaneously wrong and unhelpful for Georgia.

What Does Resolution 1633 Say?

The text of the resolution does not hold any of the parties responsible for starting the war and this issue should be established by an independent investigation according to paragraph eight.

The resolution starts to describe the war and the preceding events from the fourth paragraph. It says that outbreak of the war on 7 August 2008 was unexpected. It also reviews the events prior to the outbreak of war. The fourth paragraph says: “[The war] was the result of a serious escalation of tension with provocations and an ensuing deterioration of the security situation which had started much earlier. Steps to reduce tension were not taken and the possibility of military intervention became an option for both sides in the conflict. This is unacceptable for the Assembly. It is of the view that in the end the peacekeeping format proved that it could not fulfil its intended function and that the peacekeepers did not succeed in their mission to protect the lives and the property of the people in the conflict area. It, therefore, regrets that earlier calls to discuss a change in the format of the peacekeeping and conflict resolution process were rejected by South Ossetia and Russia. Therefore, the fourth paragraph clearly puts the responsibility for the escalation of tensions on Russia instead of Georgia.

The similar term/allegation – use of disproportionate force – is also used vis-à-vis Russia. The sixth paragraph outlines Russia’s military actions which also failed to respect international humanitarian law and constituted a violation of the Council of Europe’s principles. Russia is also a member of the Council of Europe. The term of “occupation of the Georgian territories” is also used in the same paragraph, simultaneously underlining Russia’s attacks on the economic and strategic infrastructure of Georgia. The resolution says it is “either a direct attack on the sovereignty of Georgia and thus a violation of the Statute of the Council of Europe or an attempt by Russia to extend its influence over a ‘near abroad.’”

It is the eighth paragraph of the resolution which pertains to the start of the war. As mentioned earlier, it says that the issues of the outbreak of war and the causes leading to it should be studied by an independent international investigation. Therefore, no matter how interpretable the other paragraphs of the resolution are, interpreting them is groundless, since the resolution unequivocally states that none of the parties admits to starting the war. Therefore, blaming someone that he signed a document where Georgia admits starting the war is absurd and fake news.

The document also condemns the recognition by Russia of the independence of South Ossetia and Abkhazia. Resolution 1633 calls on Russia to withdraw its recognition and respect Georgia’s territorial integrity, reiterating the Council of Europe’s support. Moreover, the next paragraphs criticise Russia’s cooperation treaties signed with the de-facto republics. According to the resolution, this hinders the implementation of the European Union-brokered ceasefire agreement.

Another allegation against Russia is the violation of the 1907 Hague Convention – looting and failure to ensure the rule of law in the territories controlled by de-facto authorities. Moreover, the resolution speaks about credible reports of acts of ethnic cleansing committed against the Georgian population which the Russian military failed to stop. It is underlined that such acts were mostly committed after the signing of the ceasefire agreement.

At the end of Resolution 1633, PACE calls on its member states not to recognise the independence of South Ossetia and Abkhazia and on Russia to withdraw its recognition.

Therefore, without any interpretation, Resolution 1633 is a very important text which does not put responsibility on Georgia for starting the war and is, in fact, one of the first international documents condemning the recognition of Georgia’s occupied territories, naming Russia’s actions as occupation and speaking of the failure of Russia to stop ethnic cleansing in the territories effectively controlled by Russian troops. Therefore, it is unclear why it should in the interests of the Government of Georgia or the Georgian media to discredit such a document. [3]

[1] Kotsi, from k-otsi (Georgian Dream – Kartuli Otsneba), is a derisive and abbreviated form of someone holding membership or being a supporter of the Georgian Dream.

[2] Expletives have been removed from Sergi Kapanadze’s publication.

[3]Of note is that Russia’s delegation to PACE consists of 15 members. The Russians opposed the document and as people involved in the negotiations tell, they walked out whilst the document was in progress. Eventually, 14 of the 15 members of the Russian delegation voted against Resolution 1633 which shows once again that Russia was not happy with the document.