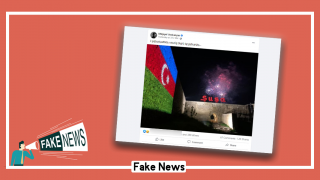 After the primary results of the snap election were published, some Facebook users, who have large numbers of followers, published the photos of Shushi Fortress. The photos showed the letters on top of the fortress reading Shusha in Azerbaijani, the Azerbaijani flag, and the fireworks in the sky. The photograph, which according to these Facebook posts is being linked with the victory of Pashinyan’s party, is old; the fireworks were launched for another occasion.

What Claims Did the Users Make?

After the primary results of the June 20 snap elections went public, a photo of the Shushi Fortress started spreading on Facebook. In the same photo an Azerbaijani flag and fireworks, which were linked to Pashinyan’s victory, were present.

The musician Mikayel Voskanyan published the photo and captioned it: “Those of you who chose 3 [the election list number of the Civil Contract Party during the snap elections of 2021], look what you have voted for…” The post has around 1200 shares. 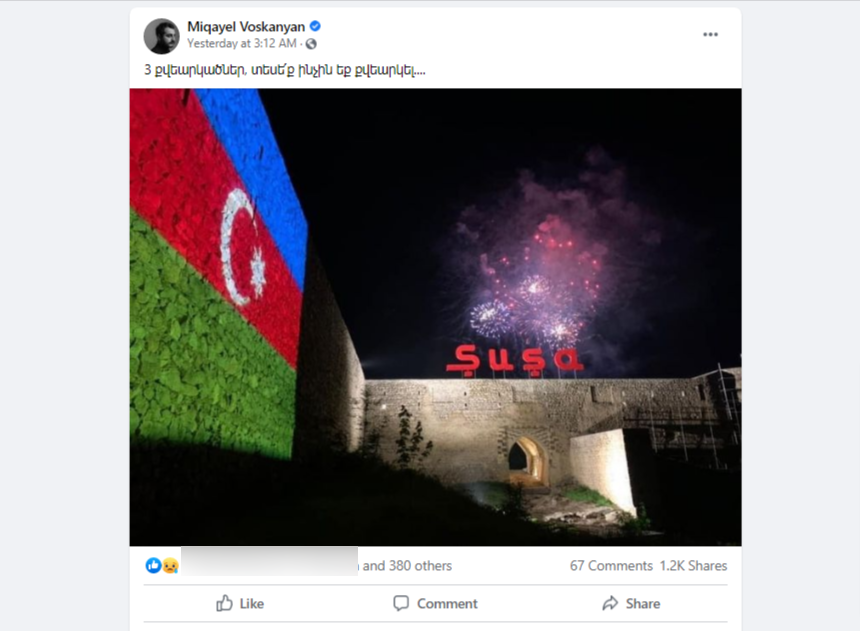 On the same day, the journalist Nairi Hokhikyan also wrote about the Shushi fireworks. Though he didn’t share the photograph, he said: “The enemies have lit fireworks in Shushi. They, too, are happy about Nikol’s reelection.” The post has around 2400 shares. 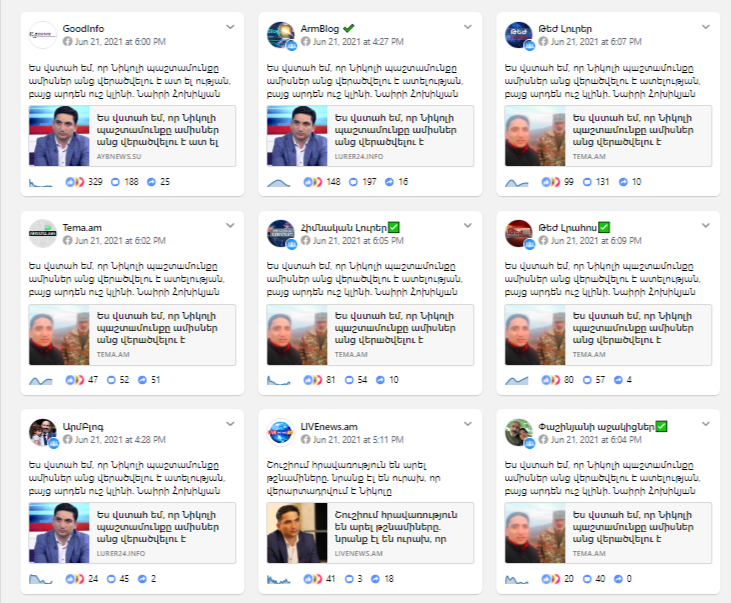 The Photograph is Old

The picture which is circulating now is old: there have been fireworks at Shushi but on another day and for a different occasion, not related to the victory of Pashinyan’s party. Our sources in Stepanakert confirmed that they did not notice any fireworks on that night.

The photograph is taken from the video Mehriban Aliyev posted on her Instagram on May 12. The President of Azerbaijan and his wife were in Shushi on that day to participate in the opening ceremony of the Music Festival Khari Bulbul.

Evidently, the photograph is old. The fireworks depicted on it were indeed lit in Shushi, however on another day, for a different occasion, and with no relation to the victory of Civil Contract.