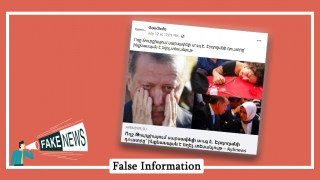 Erdoğan's Daughter Did Not Commit Suicide

GoodInfo clickbait page article has a sensational headline: "There Is a Terrible Mourning In All of Turkey - Erdoğan's Daughter Committed Suicide: Video."

But the article with this headline talks about the biography of Turkish President Recep Tayyip Erdoğan, without mentioning anything about his daughter's alleged suicide.

There is also a video in the article, the title of which also claims that Erdoğan’s daughter committed suicide. The video is taken by GoodInfo from The Great Armenia YouTube channel, and it was published back in April 2021.

The first minute of the 8-minute video is about the American-Armenian writer William Saroyan, which is then followed by the talk about Erdoğan's younger daughter, Sümeyye, being involved in a corruption scandal. And only about halfway through (3:52) does the video mention the alleged suicide. No source of this information is stated. Moreover, referring to "some local opposition websites", the video claims that the suicide had been staged.

Media.am and factcheck.ge were not able to find any reliable source mentioning Erdoğan's daughter’s “suicide”.