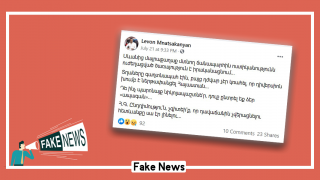 Facebook user Levon Mnatsakanyan wrote on July 22 that the police were carrying out an intensified service on the Sevan-Yerevan highway; based on this observation, he concluded that a reconnaissance unit infiltrated Armenian territory.

This post by the Facebook user quickly spread on the social networks and via the news outlets. When the clickbait site Live24.am republished the post in an article, many sources shared it on their websites.

Ara Vardanyan, former chairman of the Hayastan All-Armenian Fund, also implied that there had been an infiltration but later deleted the post.

Levon Mnatsakanyan's assumption about the reconnaissance group later became an assertion by others. It appeared on the clickbait site ArmNews (which has nothing to do with "ArmNews" - the TV channel). 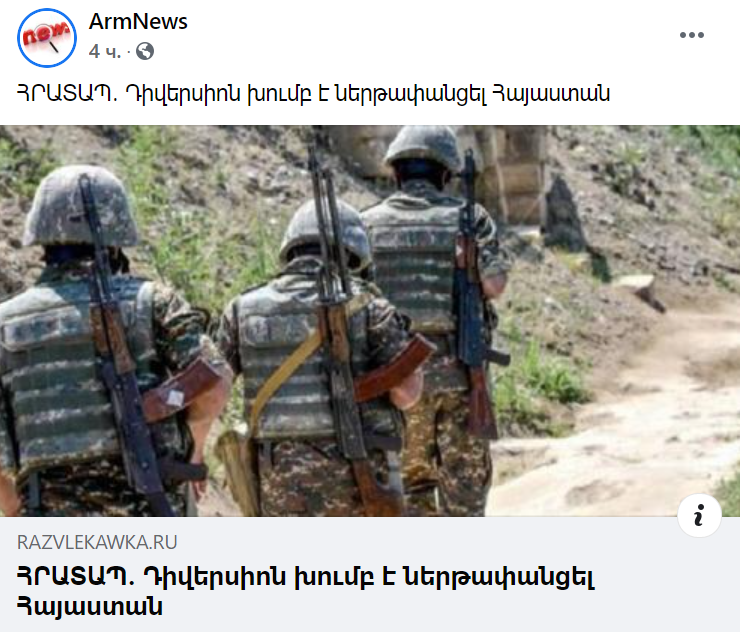 Videos of the police stopping cars and investigating citizens were also released.

The talk of the infiltration was based solely on Levon Mnatsakanyan’s assumption. No evidence was published to confirm the information.

The Cause and Effect of the Enhanced Road Control

Today, on July 22, the police announced the results of the investigation in a conversation with Radio Liberty:

"During the intensified investigation on the roads to Yerevan, the police detained 49 individuals with different charges; searches and inspections were carried out, as a result of which 10 different types of firearms were found, including ammunition, bullets, as well as batons."

According to the police, during the intensified service, 4 cases of illegal drug trafficking were revealed, in which different types of drugs were found, including a methamphetamine-like substance. The police also discovered a car with a fake license plate. They arrested two out of the four individuals with drug-related charges. Similar special investigations occur regularly, the police reported.

As a result of the operative situation summary from July 21-22, the police revealed 61 cases of crime. Nine of these were cases where bodily harm was caused, six ended up with the police confiscating weapons and ammunition, three involved discovered drugs, in ten cases, the police revealed stolen personal property; and more.

The Ministry of Defense of the Republic of Armenia told media.am and factcheck.ge that there had been no attempts to infiltrate the republic in the previous days.

Thus, we see that the rumors about a reconnaissance group infiltration were fabricated information which were not backed by evidence.