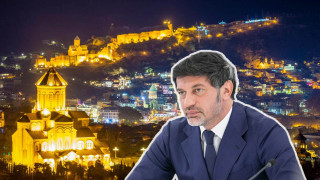 On 20 April 2018, the Mayor of Tbilisi, Kakha Kaladze, unveiled a night economy development project at the Biltmore Hotel.

Many different fields, including transport and communication, restaurant and hotel business, culture industry, trade, etc., were supposed to be involved in this project. The project’s goal was to create new jobs, increase tourism revenues, revitalise suburbs and gain international acclaim for Tbilisi as a 24-hour city through coordinating and incentivising the aforementioned sectors.

Two years after the project’s presentation, Sergi Gvarjaladze unveiled a new concept of the development of night economy on 25 February 2020 and spoke about the results. Mr Gvarjaladze stated that in a few months after the project’s presentation, a new public transit route was created and night bus #222 was put into service, several forums on the topic of night economy were held and a number of discussions were organised to address the city’s noise pollution problem. In addition, a new series of hackathons and trainings and workshops, such as the “Night Laboratory,” were prepared whilst a Business to Business (B2B) meeting was held where 25 Georgian companies and representatives of five international festival companies met each other to exchange ideas and agree on potential cooperation.

FactCheck reached Tbilisi City Hall to request a list of events carried out as part of the night economy project. According to the information provided by Tbilisi City Hall, the events conducted over the period of one and a half years are as follows:

In total, GEL 300,000 – 350,000 was spent on the aforementioned activities. However, according to Tbilisi City Hall, this was not budget money and was funded by the private sector and sponsors.

In regard to budget money, Tbilisi City Hall informed us that the Night Lab hackathon was held in March 2019 and brought creative people together to generate products and business ideas. The winner teams were awarded with monetary prizes in the amount of GEL 6,000.

In addition, several communication platforms were created during the project’s implementation process, including:

At the end of August 2020, the head of the night economy project, Sergi Gvarjaladze, resigned from the position on his own initiative. As stated by Tbilisi City Hall’s press service, Mr Gvarjaladze had carried out his work in the form of various surveys as well as the elaboration of the night economy strategy. However, it has not possible to implement project owing to the pandemic.

In regard to the issue of who would assume the responsibility of night economy manager, Tbilisi City Hall clarified that the Municipal Department of Culture would also be responsible for communication with night clubs and representatives of different fields of the night economy.

The Deputy Mayor of Tbilisi, Andria Basilaia, stated just a few days ago that the night economy strategy, as prepared by Sergi Gvarjaladze over a period of two and a half years, is now irrelevant. As stated by Mr Basilaia: “The night economy strategy which was prepared has become irrelevant since the pandemic altered everything. There were such components in the strategy as popularisation, support and bringing more tourists. However, the situation today is that the sector has not been fully opened. Therefore, some of the presumed activities have become irrelevant and we have shifted our focus on how to help them. For instance, we provide a great deal of support in terms of observing the regulations.”

To summarise, we may say that the night economy project ended in such a manner that none of the important activities were achieved in order to meet the major goals of the project (creating jobs, growth of tourism revenues, revitalisation of suburbs). The pandemic is highlighted as the culprit, although the project was launched nearly two years prior to the pandemic.

The most tangible outcome of the night economy project was adding night bus #222. However, this route was also not a success since the total amount of passengers per night did not exceed 40-60 persons. The night economy strategy was produced only two years after unveiling the project and it was closed after six months of its presentation with Tbilisi City Hall declaring it “irrelevant.” In total, it cost over GEL 200,000 for the Tbilisi City Hall budget to produce an “irrelevant” strategy.