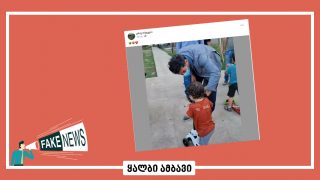 On 8 August 2021, different Facebook users and groups started to circulate a photo of Kakha Kaladze, Mayor of Tbilisi, through social networks. The photograph features Kakha Kaladze together with a child standing with his back to the camera whose t-shirt says: “I love Misha.” The director of the Mtavari television channel, Nika Gvaramia, also published this photograph with a following caption: “Fate has never been so sly.” However, Gvaramia later removed the publication from his personal account. 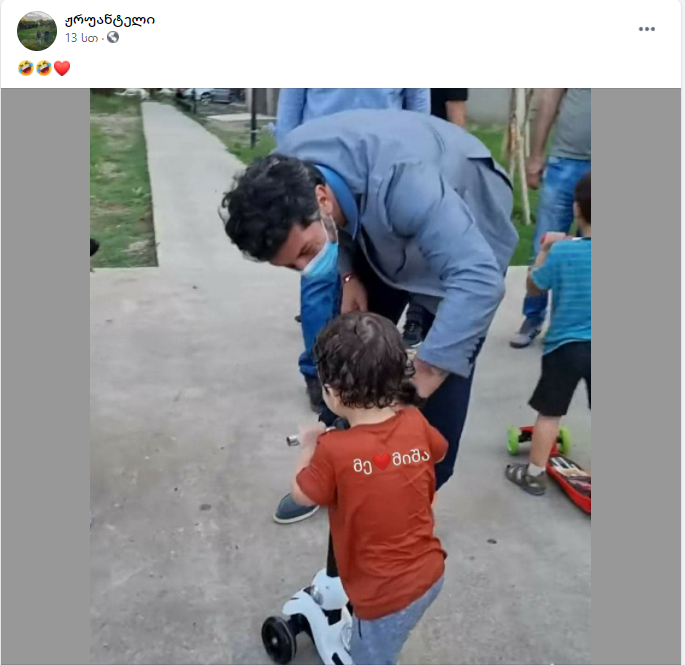 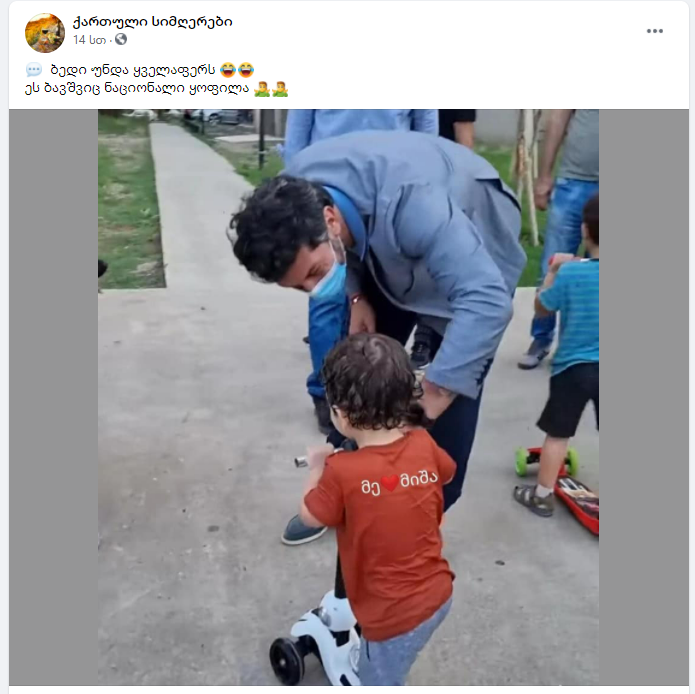 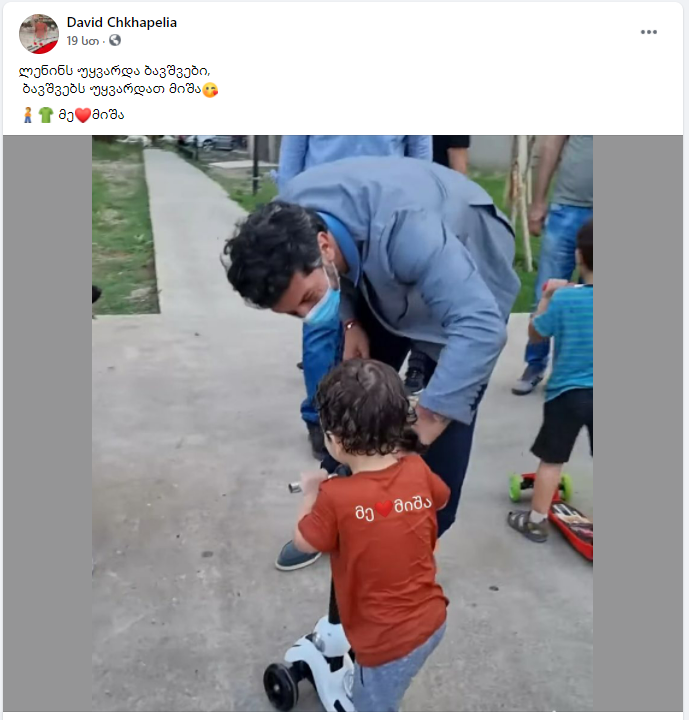 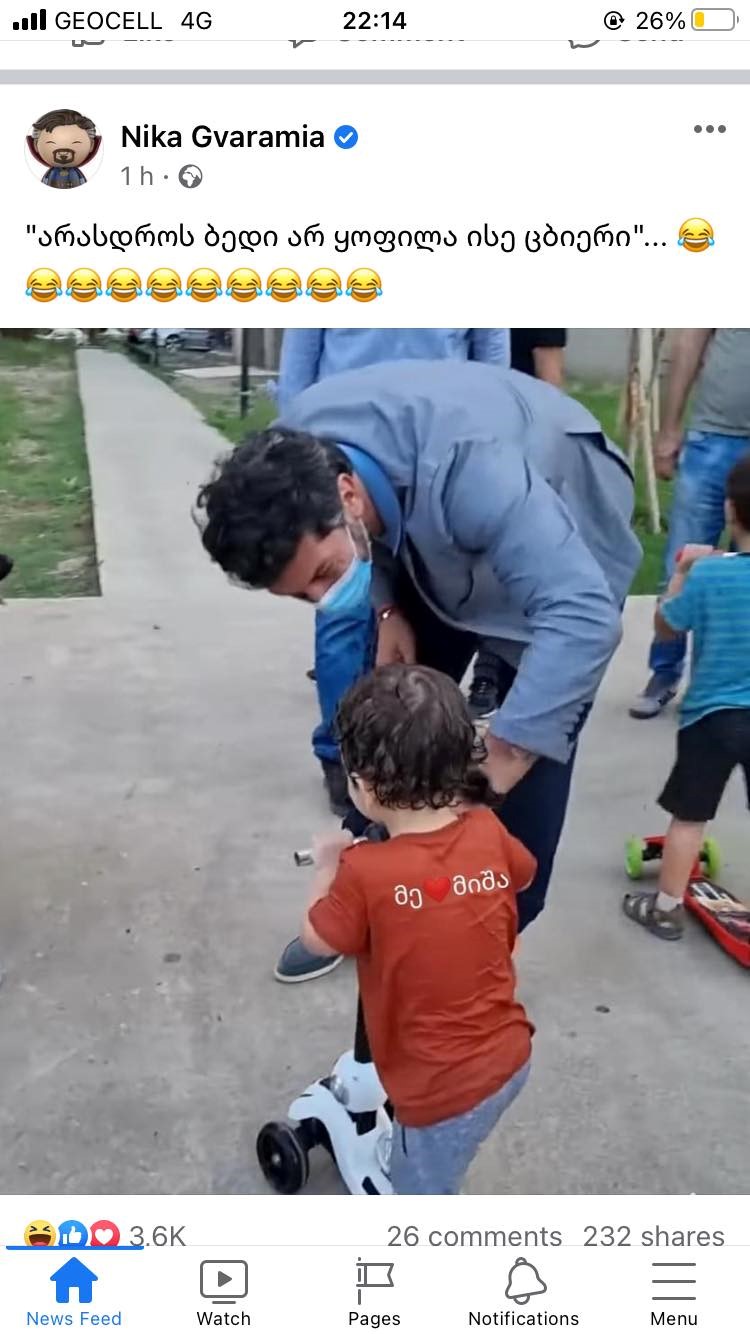 In fact, the aforementioned photograph has been edited, something which is easily identifiable by looking at it. This photo was in fact taken on 3 August 2021 during Kakha Kaladze’s meeting with residents of the Samgori district. The authentic photograph and video footage published on Mr Kaladze’s official Facebook page clearly shows that the child’s t-shirt does not have any inscription. 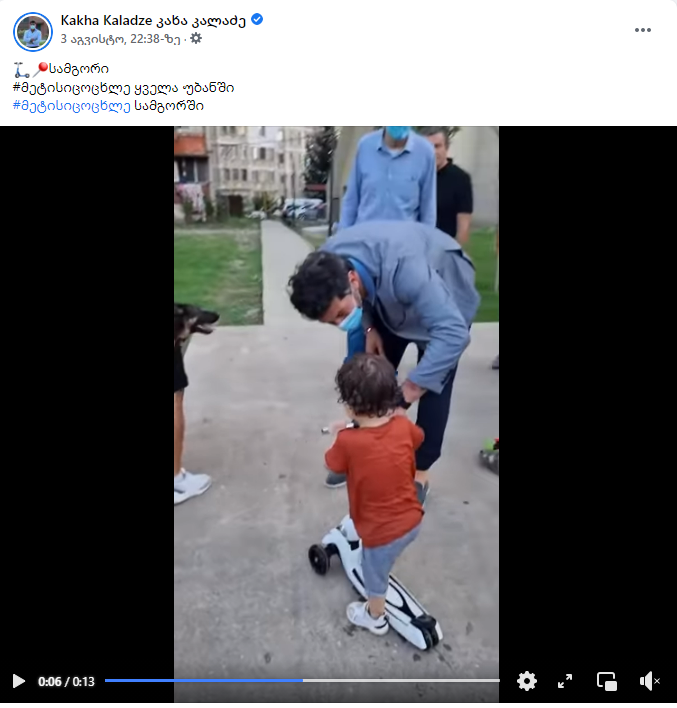 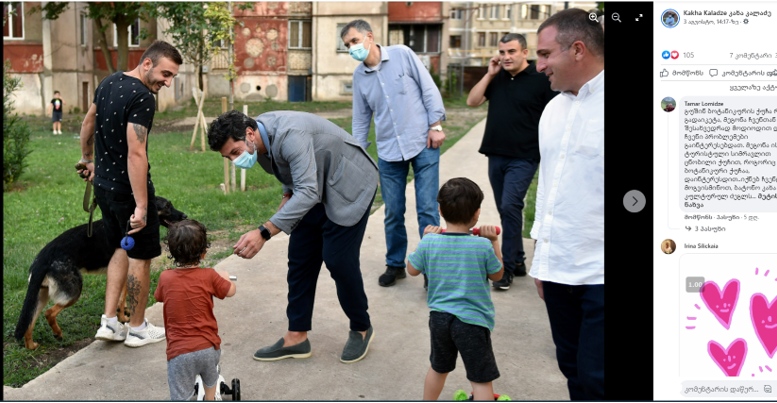