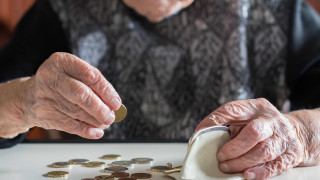 The principle of how pension savings work is as follows: the employee, the employer and the government transfer 2% of the taxable salary into the pension fund. In total, each employee saves 6% of his salary. As part of the reform, people will be eligible to access their savings once they reach the retirement age.

Since the very launch of the reform, questions have been raised in the public as to the fate of their savings and how efficiently people’s money will be handled. Given these questions, tens of thousands of employees over the age of 40 years who were involved in the plan later changed their minds and withdrew. At the present moment, 1.212 million people participate in the pension saving plan.

According to the official data of Georgia’s Pension Agency, the currently the volume of savings is GEL 1.83 billion. Of that amount, GEL 234 million was earned as a result of investment whilst the rest of it is people’s savings.

Where the accumulated money is invested?

According to the Law of Georgia on Accumulative Pensions, the Georgian Pension Agency should make investments in line with the investment policy document. Currently, work on this document is still in progress and the Pension Agency and the National Bank are engaged in talks to adopt the final version.

In five years after launch of the law, citizens will be allowed to make their choice in regard to the pension system. This is to determine the risk level for investing the money accumulated in their pension accounts. According to the law, the Pension Agency will offer citizens three different investment portfolios which would be low-risk, medium-risk or high-risk investment portfolios. Each of these portfolios will have different investment components (different ratios between securities, foreign currency instruments and deposits). Therefore, the average interest income for each of these portfolios will also differ.

Currently, 65% of the total savings is invested in deposit certificates, 34% in profit savings accounts and 1% in term deposits. All of these funds are distributed among the Georgian banks.

In spite of high profitability, it is also important to take into account the high inflation rate in 2021. According to the data of the first ten months of 2021, the inflation rate is 12.8% and, therefore, the Pension Agency’s interest earnings are lower in the first ten months of 2021 as compared to inflation. This means that pension earnings after the first ten months of 2021 are at a negative rate. This indicates that the real savings of people have decreased. For instance, if a year before a specific period an individual had GEL 1,000 in the pension fund, the nominal funds amounted to GEL 1,115 in October 2021. However, the real purchasing power of this GEL 1,115 has dropped to Gel 988 because of inflation which in fact means a shrinking of pension savings.

Of additional note is that according to the National Bank’s forecast, inflationary risks will be mitigated from spring 2022. However, as stated by the President of the National Bank, inflation will still be over 6% which is much higher as compared to the targeted 3%. Therefore, the negative figure of earnings will turn positive. Nevertheless, pension earnings for 2022 will still remain negative owing to inflation because they would not be sufficient to fully offset the real decrease which the pension savings experienced in 2021.