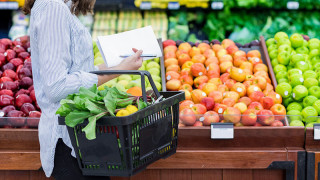 The critical rise in prices of primary consumer goods

According to the information of the National Statistics Office of Georgia, Georgia’s inflation rate in November 2021 is 0.6% as compared to the previous month whilst the annual inflation rate reached 12.5%.

Given certain needs, different indicators can be used to measure inflation. Consumer inflation is measured by the Consumer Price Index which includes prices in 12 large groups of goods. These 12 groups incorporate a total of 305 items and make up the list of the most widely consumed goods and services whilst depicting the structure of expenses of the country’s average consumer according to a clarification of the National Statistics Office of Georgia. Table 1 shows annual inflation in terms of consumer price groups.

Table 1: Percentage Change in Prices of Groups of Goods and Services in the Consumer Basket and Their Respective Share to the 2021 September Total Annual Inflation

The current high inflation rate is a serious problem for the population, particularly amid the pandemic which naturally involves economic restrictions. It is most concerning that the price growth is much higher in certain groups of staple goods and essential services as compared to average inflation figures. For instance, inflation was 20.2% in the transport group of services whilst prices increased by 17.0% in the food and non-alcoholic beverages group which affected the annual inflation by 5.35 percentage points. Among other things, prices of bakery products increased by 20.4%, milk, cheese and eggs by 17.9%, fish by 16% and fruit and grapes by 15.5%, etc.

According to the information of the National Bank of Georgia, the reason behind the sharp growth of prices is the ongoing economic recovery, on the one hand, which puts upward pressure on prices through deficit spending, growth of lending and the spending of accumulated surplus savings. On the other hand, the higher inflation rate, particularly in a developing country, is attributed to hindrances in terms of supply and sharply increased prices in world goods markets.

Graph 1 shows the inflation dynamic in the transport and food groups. In 2019-2021 and with the exception of March-June 2021, inflation in the food group considerably exceeded general inflation whilst a sharp rise in prices for the transport group started in March 2021, simultaneously with the worldwide oil price hike.

Graph 1: Inflation Dynamic in the Transport and Food Groups

Prices of particular items of food had a sharper increase as compared to the average inflation which was already high. For instance, prices of cabbages increased by 96%, eggplants by 74%, eggs and cooking oil by 41% and sugar by 34%, etc.

Table 2: Annual Inflation in Georgia’s Other Bigger Cities in November 2021 as Compared to November 2020