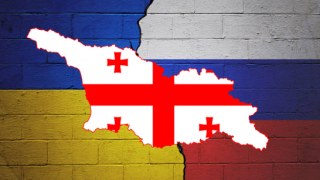 After Russia’s invasion of Ukraine, countries and organisations across the world imposed unprecedented and stringent sanctions on Russia

After Russia’s invasion of Ukraine, countries and organisations across the world imposed unprecedented and stringent sanctions on Russia. It is impossible to say what practical impact the sanctions will have and, therefore, what the scale, duration and characteristic of the economic/financial consequences will be not only for Russia and Ukraine but their partner countries and the global economy in general. Naturally, in light of ongoing hostilities, Ukraine has started to face multifaceted crisis. It is a matter of huge interest as to how this conflict can affect the Georgian economy. This article offers a brief overview of Ukraine and Russia’s shares in the foreign economic sectors which hold importance for Georgia.

Table 1: Dynamic of Remittances from Russia and Ukraine, USD Million

In 2021, the total value of goods imported from Russia amounted to GEL 1 billion which constitutes 10% of Georgia’s total imports. In the same period, import from Ukraine was USD 452 million which makes up 4.5% of total imports. In terms of the ratio, the situation did not change significantly as compared to the pre-pandemic period.

As for exports, in 2021, the value of goods exported to Russia amounted to USD 610 million which constituted 14.4% of total exports. In the same period, exports to Ukraine reached USD 307 million accounting for 7.2% of the total Georgian exports. Therefore, Due to the crisis, about 20% of exports and about 14% of imports remain at risk.

In terms of foreign trade, of interest is the trade dynamic of some products which have a higher share and strategic importance as compared to general trade. For instance, there were 62,115,759 bottles of wine (USD 131 million) exported to the Russian market in 2021 which accounts for 58% of total exports. In 2021, the value of exported spirits from Georgia was USD 156 million. Of that amount, Russia and Ukraine account for 26.9% and 27.6% of the total exports, respectively. In 2021, the total value of mineral and drinking water exported from Georgia was USD 142 million with Russia and Ukraine accounting for 42.9% and 18.5% of the total exports, respectively. In addition, the Russian market accounts for over 50% (in most cases over 70-95%) of fruits and vegetables exported from Georgia. The most concerning situation is in regard to wheat imports. The statistical data from the last years illustrate that nearly 90% of imported wheat to Georgia is of Russian origin. The coronavirus pandemic vividly demonstrated the necessity to have diversified wheat imports. It is vital for a country’s food security to have diversified wheat imports in order to avoid a deficit in wheat supply and be less dependent on an unstable trade partner – Russia, since it has been proven multiple times that Moscow often uses trade relations with Georgia for political purposes. In light of sanctions against Russia, there is a risk of a wheat deficit both in Georgia and across the world which will pose significant problems in the future.