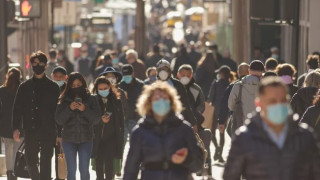 The COVID-19 pandemic and related stringent restrictions inflicted a heavy blow to the economy of Georgia which was directly affected the socio-economic standing of domestic households. Loss of jobs and income amid the pandemic turned out to be a particularly acute problem which caused impoverishment. 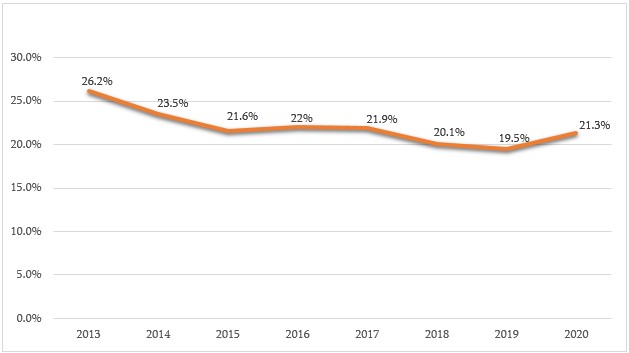 The poverty level has increased in every age category, although child poverty is especially high. Some 26.4% of children and adolescents in the 0-17 year age group lives below absolute poverty line whilst this figure was 24.4% prior to the pandemic.

The rural population is more vulnerable vis-à-vis poverty amid the pandemic as the share of the population living below the absolute poverty line increased from 23.7% to 27.5%. The quality of life has deteriorated in urban settlements as well, although not at as much as in rural areas.

Graph 2: Share of Population Below the Absolute Poverty Line (%) 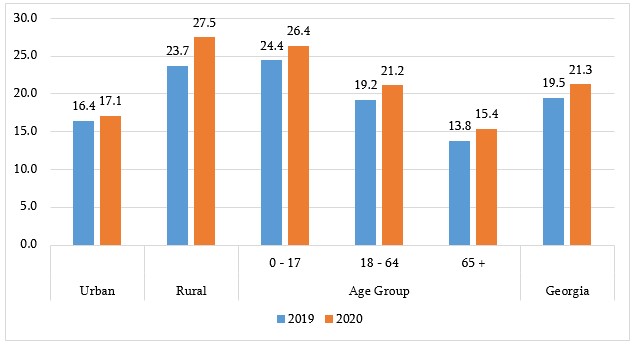 Social transfers disbursed amid the pandemic have slowed down the pace of the growth of poverty somewhat, although poverty has still sharply increased. This indicates that a large part of the population, which currently does not live in absolute poverty, faces risks of impoverishment. At the same time, social protection measures taken during the crisis period were insufficient and, therefore, a massive growth of poverty was inevitable.