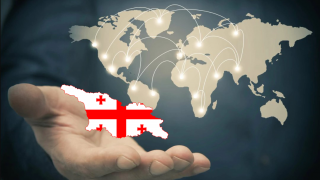 Amid the COVID-19 pandemic and respective restrictions, the economic situation, including investments, faced strong uncertainty in 2020-2021

The issue of foreign direct investments (FDI) has always been a matter of serious discussion for Georgia. For developing and transitional economies like Georgia, which need resources and the experience of investors to gain ground on the international market and develop and expand their economies, FDI bears critical importance. FDI facilitates not only the inflow of foreign capital per se but helps deepening humanitarian ties, technological sophistication and gaining experience which is vital for a country’s development. Foreign direct investment implies a resident of one country owning a share in a foreign-based enterprise and carrying out different types of economic operations related to that enterprise. An investor is considered to be a direct one if he has at least a 10% ownership stake in a foreign-based enterprise’s shares or the equivalent of such participation. shares or the equivalent of such participation.

Amid the COVID-19 pandemic and respective restrictions, the economic situation, including investments, faced strong uncertainty in 2020-2021. As a result, investment volume in Georgia decreased significantly, particularly in 2020. However, the sharp drop in foreign direct investments was a clear trend and a serious problem even prior to the pandemic. It is unfortunate that the country failed to implement a number of investment projects, including the Anaklia sea-port, the Namakhani HPP and other HPPs of strategic importance. This, apart from inflicting clear economic losses, harmed Georgia’s investment climate and image.

Together with absolute figures it is also very important to analyse the FDI to GDP ratio, since a specific absolute figure can be very large vis-à-vis a smaller economy and very small vis-à-vis a large economy. In 2020, the investments to the GDP ratio was 3.6% which is the lowest figure since 2001. In the fourth quarter of 2021, there was a relatively higher growth of FDI and at its expense, the FDI to the GDP ratio reached 6.2%. FDI growth is certainly something that should be welcomed, particularly in light of the pandemic, although 6.2% is the lowest figure since 2013.

In 2020, investment volumes were negative in the fields of agriculture and fishery, energy as well as hotels and restaurants whilst in 2021 such fields were mining industry and communication.

It should also be highlighted that in the past years, FDI was coming from off-shore zones such as Panama, the Marshal Islands, etc. These countries also benefit from a preferential taxation system. Generally, it is a common practice in the world when business representatives carry out their work through off-shore registered entities which brings a number of benefits to them such as tax evasion, reduced transparency (information on off-shore based companies is not included in the public register), etc. It is assumed that Georgian nationals are behind the investment flows from off-shore locations to Georgia; that is, technically they are categorised as foreign investment which naturally is far from truth. In 2020, in the case of Panama alone, USD 209 million was withdrawn from Panama which substantially affected investment figures.