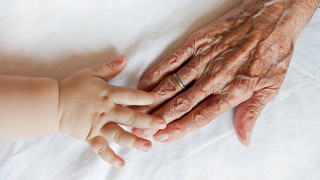 Deaths Sharply Exceeded Births in Georgia Amid the Pandemic

Declining birth rates is the biggest challenge for Georgia as well as for most of developed countries. These demographic problems have been further exacerbated amid the pandemic

Declining birth rates is the biggest challenge for Georgia as well as for most of developed countries. These demographic problems have been further exacerbated amid the pandemic.

In 2021, there were 45,946 babies born in Georgia which is 1.2% less as compared to the previous year. Georgia’s birth rate (number of live births) has been declining annually in 2015-2021. The previous years’ statistics show that the number of first and second children in the birth rate shrinks whilst the share of third and additional children is increased.

The government seeks to deal with the negative birth rate dynamic with financial incentives. In particular, all Georgian nationals have their childbirth expenses reimbursed from 2013 (physiological birth by GEL 500 and caesarean birth by GEL 800). Since 2014, a new state programme has been launched to improve the demographic situation which envisions material incentives for giving birth. In those regions where there are no positive natural growth figures, a monthly allowance is disbursed for every third and next new-borns until the age of two years. In high mountainous regions, this allowance is GEL 200 and GEL 150 for people living elsewhere. These material incentives to promote childbirth cannot be assessed as efficient and, furthermore, this is an improper expense. This is proven by the fact that the birth rate has actually shrunk instead of increased since launching the government programme to offer material incentives to encourage childbirths.

[1]The difference between births and deaths.

[2] The natural growth rate for 2021 is based on the author’s calculations.