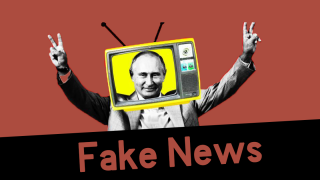 After launching its invasion of Ukraine, the Kremlin promptly intensified information warfare and research laboratories in Ukraine have become targets of disinformation.

Since the start of Russia’s invasion of Ukraine and the outbreak of a large-scale war, Russian officials have been denying facts of attack against civilians in Ukraine and claim they only attack military facilities. For instance, Russia said that massive attacks, such as strikes on the Mariupol maternity hospital, Mariupol theatre or the Kramatorsk railway station, were either staged or committed by the Ukrainians themselves. Russia also brushed aside mass killings of civilians in Bucha as a provocation organised by Ukraine and a staged scene.

In fact, information provided by the international community, government and non-government organisations and investigative journalists as well as by other evidence has identified that Russia does attack civilian facilities and the peaceful population and, therefore, its actions constitute possible war crimes.

In order to launch investigations over possible war crimes committed by Russia, 39 nations appealed to the International Criminal Court about the Russian invasion of Ukraine and its launching of a full-scale war. Given this appeal, the Prosecutor of the ICC, Karim Khan, released an official statement on 2 March 2022, saying: “In its preliminary examination of the situation in Ukraine, my office had already found a reasonable basis to believe crimes within the jurisdiction of the Court had been committed. Simultaneously with the warfighting, experts are collecting evidence of war crimes.”

On 24 March, the UN General Assembly adopted a resolution about the humanitarian consequences of the aggression against Ukraine where the UN condemned “military aggression by the Russian Federation against Ukraine, including the besiegement of, shelling and air strikes in densely populated cities of Ukraine, in particular Mariupol, as well as attacks striking civilians, including journalists, and civilian objects, in particular schools and other educational institutions, water and sanitation systems, medical facilities, civilians and journalists.”

At the same time, Human Rights Watch stated that the Russian military committed laws-of-war violations against civilians in occupied areas of the Chernihiv, Kharkiv and Kyiv regions in response to Russia’s unlawful actions. These include cases of rape, unlawful violence and threats against civilians and, therefore, they are responsible for war crimes.

After Russia’s invasion of Ukraine, 31 attacks on healthcare have been documented by the World Health Organization in accordance with the UN statement. The G7 Ministers of Healthcare issued a joint statement about Russia’s military’s assault on Ukraine’s healthcare facilities and health workers: “Intentionally directing attacks at civilians and civilian infrastructure, including healthcare facilities and workers, violates international humanitarian law.”

In addition, according to the OSCE’s 12 April 2022 report, the unprovoked and unjustified military aggression of the Russian Federation against Ukraine constitutes a violation of human rights and international humanitarian law.

On 12 April 2022, US President Joe Biden stated that Russia’s crimes in Ukraine were a genocide – “I called it genocide because it's become clearer and clearer that (Russian President Vladimir) Putin is just trying to wipe out even the idea of being Ukrainian.” On 3 April 2022, UK Prime Minister Boris Johnson said Russia’s "despicable attacks" on innocent Ukrainian civilians in Bucha and Irpin were "yet more evidence" of war crimes.

On 5 April 2022, the European Union released a declaration, saying that the massacres in the town of Bucha and other Ukrainian towns will be inscribed in the list of atrocities committed on European soil. The President of the European Council, Charles Michel, also stated that atrocities in Bucha were a massacre. In addition, in wake of his visit to Kyiv on 20 April 2020, Charles Michel also stated: “There are no words to explain what I feel, not as President of the European Council, but as a father, as a human being. These are atrocities. These are war crimes. They must be punished. It will be punished. They must pay for what they have done there, and in many other cities and other locations in Ukraine.”

Together with the aforementioned statement, numerous open sources and international organisations, including Bellingcat, Amnesty International, Human Rights Watch and the OSCE, confirm attacks on civilian infrastructure and civilians, including children, based on collected photo and video evidence as well as witness testimonies, committed by Russian service members. Furthermore, they employ methods which violate the law of war.

Despite the claims of the Russian media and Russian officials that Russia does not attack civilian facilities (according to the norms of international law, all facilities except for military facilities are to be considered civilian), the facts are that the Russian military attacked and damaged/destroyed at least 4,431 residential buildings, 378 educational facilities, 138 healthcare facilities, 98 factories and warehouses in Ukraine from 24 February to 24 March 2022. Bellingcat offers an interactive map depicting incidents when civilians were harmed. 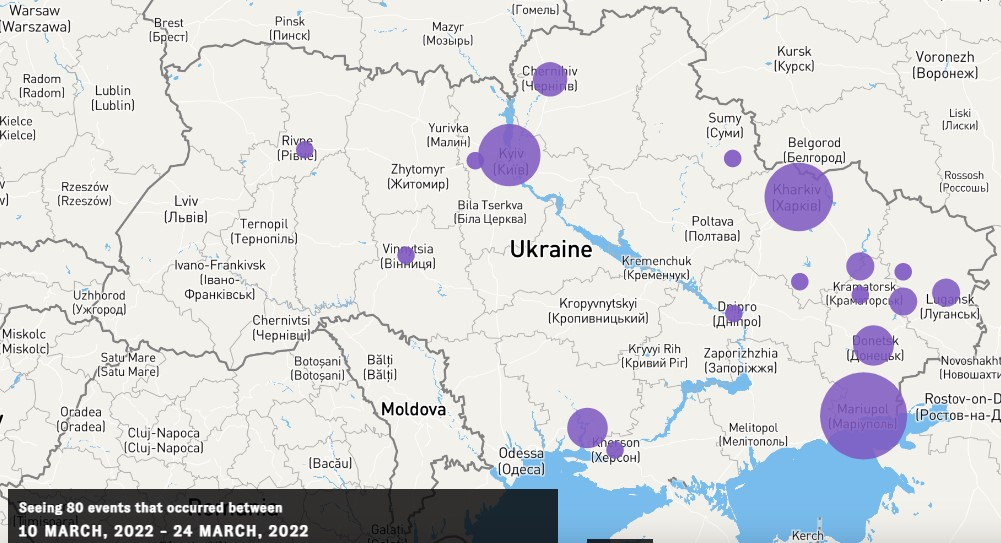 • On 8 April 2022, Russia carried out a missile strike against Kramatorsk in Ukraine which claimed at least 57 lives and around 100 people were injured. Acclaimed international media also speaks about Russia’s shelling of Kramatorsk (for instance, Politico, Aljazeera, Times of Israel, Telegraph, NY Post, etc.).

• On 17 March 2022, Russian military attacked civilians in Mariupol and shelled a civilian facility. The Mariupol Theatre, sheltering some 1,200 people, was demolished by the Russian army. This incident claimed 300 lives. The front and back of the theatre had a warning sign – “Children” written in Russian. CNN has released footage of the incident.

• As reported by Amnesty International, 47 civilians were killed as a result of Russian airstrikes against a kindergarten in Chernihiv.

• On 9 March 2022, Russia carried out air strikes against the Mariupol maternity hospital. As a result, at least 17 people were injured and three were killed, including a pregnant woman with a baby. This is confirmed by the World Health Organization and the UN High Commissioner for Human Rights with respective official statements.

• According to Amnesty International, Russia attacked civilians in Kharkiv who were standing in queue for water on 3 March 2022 at around 12:30 pm local time. As a result, at least four civilians, including one child, were killed and another 16 were injured. This is proven by video footage and witness testimonies.

• On 25 February 2022, as a result of Russia’s use of cluster munition in Okhtirka, Ukraine, three Ukrainian nationals were killed, including one child.

• On 24 February 2022, in a few hours after launching invasion of Ukraine, Russian military carried out three attacks against densely populated territories, including Vuhledar, Kharkiv and Uman. As a result, four civilians were killed and ten were wounded. There were six health workers among the injured people. Human Rights Watch confirmed the attacks from Russia.

• Amnesty International obtained additional 65 photographs and pieces of video footage which provide a more detailed depiction of the places of attacks, injured people and damaged schools.

Of note is that according to international humanitarian law, educational facilities are granted a special protection status unless they are used for military purposes. Conflict parties are urged to act in extreme caution to avoid inflicting damages to such facilities. Among the cases investigated by Amnesty International, none of the schools targeted by the Russian military were used for military purposes at that time.