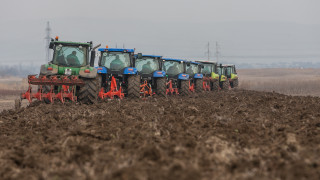 Within the scope of this programme, the amount of subsidy was set at GEL 300 per each hectare of agricultural land plot.

On 18 April 2022, at the session of the Government of Georgia, Prime Minister Irakli Gharibashvili announced that the government starts support program for the owners of agricultural land plots. The budget of the new programme will be GEL 35 million. Within the scope of this programme, the amount of subsidy was set at GEL 300 per each hectare of agricultural land plot. The programme will provide subsidies to land owners/co-owners who possess lands from 0.25 to 1.25 hectare. Beneficiaries will be allowed to use points transferred at their cards to purchase goods needed for agricultural works. The subsidies for the beneficiaries will be disbursed by transferring respective amount of points to their special agro-cards. JSC Liberty Bank will issue agro-cards to the beneficiaries and they have to be registered at farmers’ registry to be eligible for the subsidy programme.

As clarified by the Prime Minister, aim of the aforementioned program is to support farmers timely carry out agricultural works.

The nearly identical program was part of the government’s 2020 anti-crisis plan. At that time GEL 200, instead of GEL 300 was allocated for subsidy and covered much larger spectrum of beneficiaries – registered landowners who possessed land plots from 0.25 to 10 hectares. Furthermore, apart from supplying agricultural goods, it included ploughing services. The program budget was slightly higher at GEL 37 million.

The 2022 marks the third case of the Georgian Dream’s 10-year-long rule when “aid programme for smallholder farmers” is started. In the last two years, this programme was somehow intended to help exiting crisis, although practice of the previous years proves that the programme did not bring economic benefit and was purely a social assistance by nature.

It was 2013 when the Georgian Dream first launched “smallholder farmers’ assistance programme” immediately after coming to power. As part of the project, smallholder farmers were given “ploughing card” or/and “agro-card” and they were able to use these cards for land processing or/and purchase of agricultural goods. Under the programme (2013-2017) in total 827,332 hectares were ploughed. In the reporting period, programme’s budget was quite high at GEL 339 million. Of note is that in 2013, Kartu foundation fully paid for GEL 192 million expenses whilst no appropriations were made from the state budget. In 2014-2017, measures to support spring agricultural works for smallholder farmers were funded from the state budget: in particular, GEL 50 million in 2014, GEL 46 million in 2015 and GEL 51 million in 2016. Since 2017, this programme has been abolished. Despite substantial funding, since 2013 area of sown lands has been shrinking. In 2013, area of sown land increased to 311,000 hectares (in 2012 it was 260,000 hectares) which was an initial effect of the programme. As mentioned earlier, area of sown lands has been declining and dropped to 220,300 hectares at year when the programme was cancelled again.

Currently, the programme’s budget is GEL 35 million. However, the programme failed to bring real results in the past despite having more sizable budget. In particular, agriculture to GDP ratio has not increased and has been declining since 2014 when this figure decreased by 1.2 percentage points as compared to 2013 (9.4%) and dropped to 8.4%. Of additional note is that share of self-employed individuals (self-employed people mostly have jobs in agriculture/domestic households) in total employment was 51.7% in that period whilst share of output produced by the self-employed people in total economy was very low which indicates low-productivity of work performed by those individuals. As mentioned earlier, small figure of agriculture to GDP ratio was confirmation of that.

One of the major reasons behind failure of the programme could be the fact that the Georgian population mostly owns small agricultural land plots which allows domestic household-level production only. This is why agricultural sector has relinquished economic function and for most of the citizens it is merely a subsistence instrument. Therefore, we may say that “smallholder farmers aid programme” was more of a social nature and intended to aid rural population instead of being economically profitable.

Of additional note is that numerous cases of artificially inflated prices on agriculture equipment was identified when the programme was running and penalties were imposed to dozens of shops.

The Government of Georgia’s decision to cancel the programme in 2017 can be considered as authorities’ acknowledgment/confirmation of smallholder farmer assistance programme’s inefficiency.

As mentioned earlier in 2020 and 2022 the Government of Georgia resumed nearly identical programmes. The aim of re-launching this programme this year is to support timely start of agriculture works in response to the world challenges (pandemic, Russia-Ukraine war). Therefore, the programme has more of a social nature. Of additional note is that social burden of Georgia’s state budget is already very high. Therefore, introduction of new social programmes to overcome crisis is perhaps justified, although it is desirable that programmes focused on social benefits are not continuous and budget allocations are spent on directions with higher economic effect (such as smallholder farmers re-training and qualification enhancement programmes).