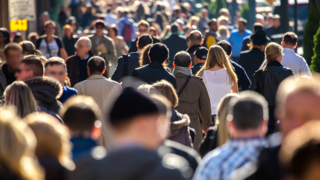 Georgia’s Population is at a Historic Low

According to the data of the National Statistics Office of Georgia, the country’s population decreased by 40,000 in 2021 and dropped to a historic low

According to the data of the National Statistics Office of Georgia, the country’s population decreased by 40,000 in 2021 and dropped to a historic low. As of 1 January 2020, Georgia’s population is 3,688,600 which is 1.1% less as compared to the same period of the previous year.

There were 59,906 deaths reported in Georgia in 2021 and the number of deaths increased by 18.5% as compared to the previous year. There has been a trend of a shrinking number of deaths since 2016 whilst there was a sharp growth of mortality in 2020-2021 which is directly related with COVID-19 deaths.

In regard to childbirth figures, there were 45,946 children born in Georgia in 2021 which is 1.2% less as compared to the previous year. Of note is that childbirth in Georgia was declining every year in 2015-2021.

Therefore, the negative natural population increase figure was attributable to both increased mortality and declining fertility. 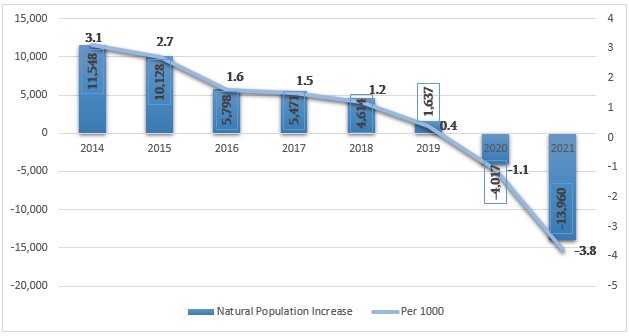 The population decrease in 2021 was largely caused by emigration. In the previous year, 25,966 more people left Georgia as compared to those who came to the country. Of note is that since 2012 (after the National Statistics Office of Georgia introduced a new methodology which allows precisely identifying emigrants and immigrants), the record high figure of negative net migration was registered in 2021.

The external net migration rate was negative from 1994 to 2020, meaning that more people were leaving the country every year than coming into it. In 2020, it was the first time when Georgia had a positive net migration rate and the difference between emigrants and immigrants was 15,732. This was stipulated by the pandemic and the shutting down of borders. In 2021 when the borders were opened again, emigration abroad increased sharply whilst immigration dropped. 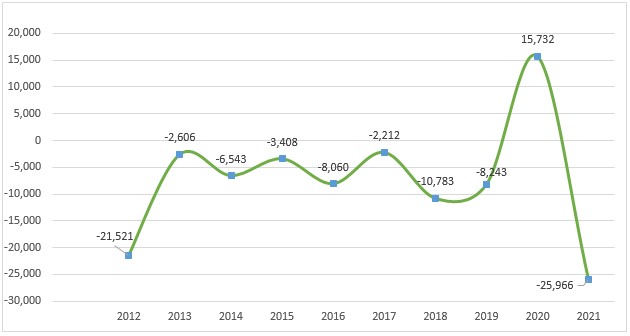