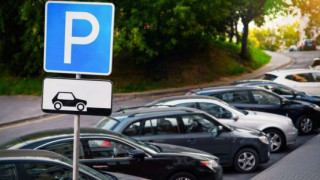 At the session of the Tbilisi municipal government at Tbilisi City Hall, Mayor Kakha Kaladze announced a package of amendments

At the session of the Tbilisi municipal government at Tbilisi City Hall, Mayor Kakha Kaladze announced a package of amendments which are to be enacted in the Code of Administrative Offences of Georgia in order to improve traffic in the capital city.

As stated by Kakha Kaladze, there are problems vis-à-vis parking in Tbilisi which are mostly attributable to parking vehicles in places where it is prohibited as well as parking in places designated for disabled persons or category A taxi cars Therefore, penalties for such transgressions will increase.

In accordance with the batch of proposed legislative changes, the following amendments will be enacted in the Code of Administrative Offences:

• Vehicle parked on the pavement will be immediately subjected to evacuation. Penalty for parking truck, bus and other large vehicles in an area designated for light vehicles will be GEL 100

• Fines for unpaid parking tickets for all of the aforementioned transgressions will double and increase to GEL 200.

As we are aware, Tbilisi Transport Company was given the right to operate the parking system in Tbilisi on 10 April 2018. Previously, the City Park company was in charge of Tbilisi’s parking system with numerous questions and massive disapproval. Vehicle owners were particularly dissatisfied over the lack of parking spots, the frequency of penalties and the mechanism of giving a parking ticket and collecting the penalty amount.

FactCheck took interest in what has changed in Tbilisi’s parking system after City Park’s departure.

As mentioned previously, the number of tickets issued by City Park was one of the biggest problems for vehicle owners. Graph 1 shows the frequency of fines when Tbilisi’s parking system was run by City Park (2011-2017) and the next period when parking started to be managed by the Tbilisi Transport Company.

Tbilisi City Hall’s revenue from parking tickets by years is as follows:

According to these data, Tbilisi City Hall’s revenues from parking penalties during the period (2011-2017) when the parking system was operated by City Park were on average GEL 5,926,800 annually. After the Tbilisi Transport Company took over the system, an average of GEL 3,302,800 is paid to the Tbilisi budget annually which is less as compared to sums collected under City Park. Of additional note is that based on the contract signed with City Park, 60% of the total parking penalty amount was transferred to Tbilisi City Hall.

In regard to parking spaces, there were 32,257 parking spaces in Tbilisi by 2018, although this number has dropped by 3,000 and is now 29,257 (source: Tbilisi budget execution reports). In addition, no underground parking places have been created which is contrary to Tbilisi City Hall’s pledges. According to Tbilisi City Hall, the creation of underground parking is currently planned in one location only – Melikishvili Street – and the process will take place simultaneously with the rehabilitation of the street.

Although Tbilisi City Hall regularly subjected City Park to criticism, parking places have decreased instead of being increased. This may be stipulated by the fact that the aim of Tbilisi City Hall’s transport policy is giving more comfort to light car drivers. Mayor of Tbilisi, Kakha Kaladze, announced as early as during the presentation of his transport policy held within the scope of the election campaign that pedestrians will be given priority in Tbilisi’s transport policy and all of the reforms will be aimed at the improvement of the movement of both pedestrians and public transport.

As a part of transport reform, “yellow buses” and minibuses in Tbilisi were completely replaced with EURO-6 standard transport. However, ten transport corridors, where separate bus lines were to be created for public transport which would safeguard it from traffic jams and ensure its rapid movement, are not fully opened in Tbilisi (there are separate bus lines on several renovated avenues). In addition, the acquisition of 200 new standard 18-metres-long buses, pledged by the Mayor of Tbilisi as early as in 2018, was postponed until the next year due to the pandemic. There are some flaws in the system of minibuses as well. New rules stipulate that only seated passengers can be transported by minibuses and they are often full if a passenger does not embark at the first or the last stop and cannot use the minibus as a result (recently, five standing passengers were allowed in minibuses which travel particularly long distances).

We fully understand that the number of parking places in Tbilisi cannot possibly match with growth of the number of vehicles in the capital city and affirm that removing a car parked on the pavement to a secure pound as well as increased parking penalty fees are appropriate measures. However, the further improvement of public transport is the most effective way to reduce the number of private vehicles. This process has been started as a part of the reform, although shortcomings persist and increased parking fees alone will not bring a desirable outcome without tackling the exiting problems.