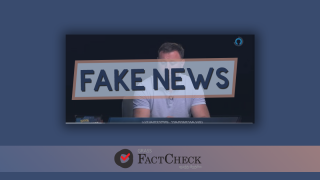 Disinformation about NDI’s Survey is Disseminated on Social Networks

On 4 May 2022, the host of anti-Western Alt-Info’s broadcast, Dghis Komentari at 13:00, Vano Bibileishvili, together with the anchor of the show, Matsatso Gakhokidze, spoke about the National Democratic Institute’s (NDI) public opinion survey. It was underlined that the NDI’s April survey, which says that 82% of the country’s population is in favour of EU membership, does not reflect the real public opinion. As stated by Ms Gakhokidze, the NDI takes databases consisting of several thousand persons from survey providers and carries out surveys between its activists in order to obtain desirable result.

In fact, this claim which was voiced on air on Alt-Info is a piece of disinformation. Respondents taking part in the NDI’s April survey were selected through simple random sampling and the survey is representative of the entire population of Georgia except for the occupied territories.

FactCheck reached out to the Caucasus Research Resource Centre which conducted telephone interviews in February and March 2022 at the NDI’s request. As clarified by the CRRC Georgia’s representative: “The random digit dialling (RDD) method is used as a sampling method for the survey. Six-digit numbers were randomly generated through Stata’s software replicable code which were distributed to indices of current mobile telephone operators (three-digit indices which are used by mobile telephone operators in Georgia). Many of these randomly generated numbers are not registered to specific customers and nobody answers us. However, some of the numbers are real and customers do take the calls.”

CRRC Georgia’s representative also stated that 24,921 numbers were generated for the survey in February. Of this amount, calls were made to 18,955 numbers and contact was established and an interview was launched with 2,413 respondents. The other numbers were either non-existent, refused interview, did not know the language of the interview or did not meet the survey criteria (underage, living beyond sampling area, number is owned by an organisation). In total, there were 2,036 completed interviews. For March 2022, the software generated 24,930 numbers and calls were made to 18,653 of them. Actual contact was established with 2,348 respondents and the March survey encompassed 2,024 completed interviews.

Therefore, the claim that the NDI has a pre-determined list of respondents for the survey and the organisation’s survey does not reflect public opinion is not true.