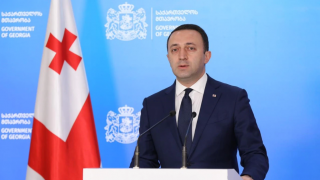 “We are a number one in terms of budget transparency”

Irakli Gharibashvili: “We are a number one in terms of budget transparency.”

The Prime Minister of Georgia, Irakli Gharibashvili, made the following statement in regard to the Open Budget 2021 survey: “We are a number one in terms of budget transparency.”

The Open Budget Survey (OBS) is published by the International Budget Partnership (IBP) and aims to rank countries in terms of the transparency of budget processes. OBS results are based on a questionnaire consisting of 228 questions which are typically measured by researchers from the civil sector of selected countries (for instance: Transparency International). The OBS uses 109 indicators to measure the open budget index. The aim of the survey is to assess the timeliness on the part of a government to ensure the publication eight major budget documents (a country’s basic data and directions, draft state budget, state budget quarterly execution reports, state budget half-year execution report, state budget annual execution project and the state audit service’s report on the execution of the state budget) and whether or not they include comprehensive information.

Of note is that the Open Budget Survey measures the transparency and the accessibility of official documents related to the state budget alone. At the same time, the International Budgetary Partnership provides a separate assessment of a budget’s effective oversight and public participation in budgeting. For 2022, Georgia garnered 44 points (fourth position in the ranking) in terms of public participation in budgeting and 74 points (21st position in the ranking) in terms of budget oversight.

As shown by the table, Georgia’s ranking point has been improving and increased from 34 to 87 between 2006-2021. Therefore, Georgia shows a positive trend going upward in the ranking. In 2006, Georgia was ranked 30th among 40 countries whilst it ranks first among 120 territorial entities according to the data of 2021. Georgia is followed by some other top performers such as South Africa, New Zealand, Sweden, Mexico and Norway.