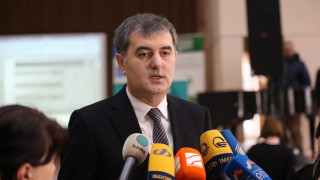 “You cannot find a single word of criticism vis-à-vis the West, the Ambassador and our strategic partner.”

Verdict: FactCheck concludes that Sozar Subari’s statement is a LIE

Sozar Subari: “You cannot find a single word of criticism vis-à-vis the West, the Ambassador and our strategic partner.”

Verdict: FactCheck concludes that Sozar Subari’s statement is a LIE.

Resume: After the European Parliament adopted a resolution critical of Georgia and the country was granted only a European perspective instead of EU candidate status, the ruling party has visibly intensified the anti-Western campaign. Georgian Dream members often resort to open criticism, and sometimes insults, towards strategic partners.

Libel and conspiracy theories from the government are not something new. For propaganda purposes, the Georgian Dream actively use the war in Ukraine which broke out after Russia’s invasion. According to a conspiracy theory, the West wants to “drag Georgia into the war” and the country was left without EU candidate status precisely because it did not join the war.

It is obvious that the decisions of some Georgian Dream MPs to withdraw from the party ranks is intended to voice harsher and more open criticism against the West and promote conspiracy theories. These MPs are particularly active in criticising the US Ambassador and blaming the US Embassy in Georgia for the normalisation of blatant interference in the independence of judiciary, sparking war rhetoric and funding those forces which these MPs claim “seek to drag Georgia into the war.”

On 28 July 2022, on air on Imedi TV, former MP of the Georgian Dream, Sozar Subari, stated that they do not criticise Georgia’s strategic partners: “When we speak about being anti-Western, I would like to say that you cannot find a single word of criticism vis-à-vis the West, the Ambassador and our strategic partner. However, we have a right to ask questions.”

Georgian Dream representatives have lately been very critical of American and European partners. The government’s anti-Western campaign became visibly intensified after the European Parliament adopted a resolution which was critical of the government and the EU granted a European perspective to Georgia instead of EU membership candidate status. Ruling party members are especially responsive to the assessments of strategic partners concerning Bidzina Ivanishvili.

FactCheck presents some of the critical and insulting statements made by Georgian Dream members (including MPs who left the ranks of the ruling party) against European and American partners for the last two years.

Prime Minister Irakli Gharibashvili has been outstanding with insulting statements. For instance, in July 2020 he blamed Georgia’s international partners for impartiality and incompetence and “accused” them of having close ties with the opposition parties. According to Mr Gharibashvili’s statement: “Some of them manifest absolute incompetence and absolute ignorance of our country’s domestic affairs. For instance, we heard an outrageous statement that ostensibly Mr Ivanishvili is a source of instability. A person, who can say that today, simply has no idea what is happening in Georgia today.”

In response to European Parliament member, Viola Von Cramon, who said last year that Georgia failed to meet conditions to receive the EU’s macro-financial assistance, Irakli Gharibashvili responded: “A European Parliament member is not my boss. The Georgian people are our boss. If they would like to understand the essence and the idea of this case, they have to understand it instead of making some superficial statements… I do not care who said what” (see FactCheck’s article on this issue).

Chairperson of the Georgian Dream, Irakli Kobakhidze, is also notorious for his insulting and libellous statements. He has “blamed” European and American partners for protecting and lobbying for “criminals” numerous times: “They are protectors of criminals and protectors of a certain political entity. Viola Von Cramon was aware in 2012 what crimes the United National Movement was committing, was she not? Or Risch did not know that, did he? Everybody knew.”

In October 2021, Georgian Dream MP, Irakli Zarkua, whilst speaking about the imprisonment of ex-President Mikheil Saakashvili, stated that “many European Parliament members are indecent.”

Irakli Kobakhidze said that this resolution was worth the “price of hay.” He also added that the EU’s high-profile institution has fallen victim to an item of “fake” news since there are “factual inaccuracies and lies there.”

The ruling party also uses the ongoing war in Ukraine, launched after Russia’s unprovoked aggression, for the purposes of its anti-Western propaganda. According to the Georgian Dream’s conspiracy theory, the West wants to “drag Georgia into the war” and this is why the country was left without being granted EU candidate status since it did not join the war.

On 22 June 2022, Irakli Gharibashvili talked about Georgia’s EU candidate status in the Parliament: “Should Georgia be punished because there is no war here?”

It is obvious that the withdrawal of the three MPs, Mikheil Kavelashvili, Sozar Subari and Dimitri Khundadze [2], from the ranks of the Georgian Dream is intended to enable harsher and more open criticism against the West despite their claims that the reason for their leaving the party was to provide more information to the public. If we take a look at the statements and the actions of these three, we will see that the only difference they have with the Georgian Dream is that they started to speak more boldly and are more unreserved in promoting a conspiracy theory which says that Western countries want Georgia to join the war.

This triumvirate, in their very first statement, said that EU candidate status is worthless whilst the issue of EU membership status is some kind of a “mouse trap” to allure the Georgian government and the whole issue was imposed on the country in order to spark revolution.

Another example of the ruling party’s anti-Western campaign is seen in the recent “attacks” against the Ambassadors. FactCheck would like to remind readers that MP Mikheil Kavelashvili, who left the Georgian Dream, addressed Kelly Degnan with an open letter and blamed strategic partner for funding those powers which “seek to drag Georgia into the war.” Dimitri Khundadze, Mr Kavelashvili’s colleague in the Parliament, wrote to the US Department of State’s spokesperson, Ned Price, that the US is involved in “selective diplomacy”.

In another open letter which the former Georgian Dream MPs co-authored, the US Embassy to Georgia was blamed for the normalisation of blatant interference in the independence of judiciary, sparking war rhetoric and subscribing to the demands of “revolutionary gatherings.” The letter reads: “Not only you do not distance yourself from the war-directed rhetoric, you support and spark it yourself. You sympathize with Bakuriani’s revolutionary gathering and share the demand for the resignation of the government and setting up a technical government. You confirm the interference in the independence of the judiciary and, moreover, endorse it.”

There has been a growing criticism vis-à-vis the former Ambassador of the EU, Karl Hartzel. After his tenure expired, Irakli Kobakhidze stated that Karl Hartzel played only a negative role in the relations between the EU and Georgia. As stated by the Georgian Dream chairperson, Mr Hartzel did not look at Georgia as a fully sovereign state. Mikheil Sarjveladze, another of the Georgian Dream’s MPs, also voiced dissatisfaction about Karlz Hartzel and stated that he is not content with his performance.

These statements included in the article comprise only a fraction of the anti-Western campaign which the Georgian Dream has particularly intensified in recent times. The ruling party members throwing libellous insults at strategic partners has become something routine. Moreover, several MPs left the Georgian Dream for the possibility to voice harsher and more open criticism. Therefore, Sozar Subari’s statement that one cannot find a single word of criticism vis-à-vis strategic partners is a LIE.

After making the statements cited in this article, the MPs who left the Georgian Dream continued spawning anti-Western rhetoric conspiracy theories. They blamed the US Embassy for attempting to bring the United National Movement back into power and for infiltration in the judiciary whilst Kelly Degnan was accused of parroting the messages of the United National Movement.

[1] The 9 June 2022 resolution of the European Parliament concerns issues such as the role of a sole oligarch, Bidzina Ivanishvili, in Georgian politics and the economy, the “5 July events” and criminal cases against the founders/owners of opposition TV channels, etc.

[2] Approximately a week ago, Guram Macharashvili, another MP from the Georgian Dream, also joined the triumvirate of the MPs.

[3] Ex-Georgian Dream MPs commended on document of court reform proposed by the US Embassy to the Parliament of Georgia. 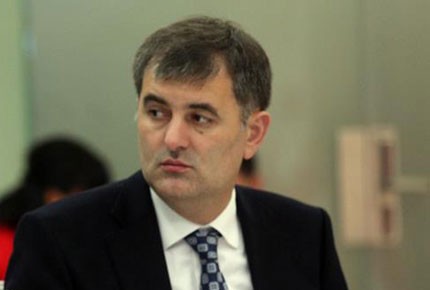