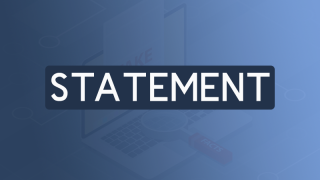 FactCheck (Factcheck.ge) is a media project of Georgia’s Reforms Associates and aims to promote evidence-based information on matters of public interest in an impartial and unbiased manner

FactCheck (Factcheck.ge) is a media project of Georgia’s Reforms Associates and aims to promote evidence-based information on matters of public interest in an impartial and unbiased manner. FactCheck verifies the accuracy of statements and claimsmade by politicians and other public figures and fights false information in the media. On top of providing readers with verified information on Georgian content, FactCheck is also involved in debunking rampant anti-Georgian and pro-Russian disinformation in Abkhazia and Tskhinvali regions which is one of the most formidable instruments of Russia’s annexation policy. In addition, FactCheck spared no effort to fight anti-vaccine disinformation in social networks and media amid the COVID-19 pandemic. FactCheck carried out a door-to-door fact-checking campaign in Azerbaijani-speaking, Armenian-speaking and Georgian-speaking villages of the Kvemo Karli region which resulted in adding hundreds more vaccinated Georgian citizens.

Furthermore, since Russia’s invasion of Ukraine, FactCheck fights against propaganda and disinformation promoted by Russia’s state-sponsored media outlets and managed social network accounts in Russia, Ukraine and Belarus within the scope of Meta’s (Facebook and Instagram) third-party fact-checking partnership program alongside European and American counterparts. As part of these efforts, FactCheck exposes those disinformation messages of Russia’s information warfare which the Kremlin exploits to justify its aggression in Ukraine and prolong its full-scale war against Ukraine’s sovereignty and peaceful population. Meta uses FactCheck’s publications to mark the Russian disinformation as “false news” on its platforms and curb their dissemination and enforce action against malicious actors. FactCheck’s contribution to the fight against Russian propaganda and disinformation has been widely acclaimed both by readers and international organisations.

Since 2013, FactCheck has produced over 5,000 analytical publications on issues of importance for Georgian citizens, such as healthcare, the economy, social programmes, and education, etc. These issues are handled through an extensive collection and unbiased processing of facts, statistics, public information, and other data. These efforts are devoted to the analysis of those pressing social or economic problems which Georgian citizens continue to face every day.

Since 2017, FactCheck has been a verified member of the International Fact-Checking Network (IFCN). This implies that our financial transparency, work methodology, political impartiality and compliance with the international standards for a fact-checking organisation is the subject of an annual audit. Yet another recognition of FactCheck being in full compliance with the international standards is that it took part in drafting the Code of Professional Integrity for European fact-checkers this year in collaboration with European colleagues as a part of an EU-sponsored initiative and became one of the founders of this Code (European Fact-Checking Standards Network).

FactCheck’s financial transparency and political impartiality are ensured by the IFCN standards and the IFCN has renewed its affirmation that FactCheck complies with these standards every year since 2017. The information about FactCheck’s sources of funding is publicly available and accessible on the website of Georgia’s Reforms Associates. The European Endowment for Democracy, the National Endowment for Democracy, the Embassy of the USA to Georgia, the Embassy of the Kingdom of the Netherlands to Georgia, the Open Information Partnership (OIP) sponsored by the Foreign, Development and Commonwealth Office of the United Kingdom of Great Britain and Northern Ireland, the German Marshal Fund (GMF), Meta and other reliable and highly reputable organisations are listed among FactCheck’s partner and donor organisations.

FactCheck’s publicly accessible methodology, as well as years-long practice, includes an honest correction policy as well as a right-to-reply option to the author of the statement that was fact-checked. Irrespective of the author of a statement, FactCheck is open to accepting remarks and arguments which will be duly considered by the editorial board. FactCheck has a solid track record of amending articles and correcting verdicts multiple times in view of arguments suggested and provided by the subject of verification.

Accusations against FactCheck by the Chairperson of the ruling party, Irakli Kobakhidze, for being politically biased and promoting disinformation as well as casting doubts on financial transparency are absolutely groundless and are nothing but a deliberate smear campaign on his part against FactCheck.

FactCheck’s team will continue to work on issues of public importance, expose lies and truths in Georgian politics as well as fight against Russian disinformation and anti-Western propaganda promoted by Russian-controlled TV channels and their acolytes in Georgia.