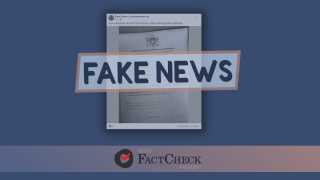 Disinformation: Russian nationals at the Georgian-Russian border are asked to recognise Russia as an aggressor state.

According to a viral piece of disinformation in social networks, Russian Federation nationals on the Georgian side of the Georgian-Russian state border are asked to sign a document which recognises Russia as an aggressor and occupier country.

This piece of disinformation has a photograph attached which ostensibly shows the aforementioned document. However, the text of the “document” contains numerous grammar mistakes. 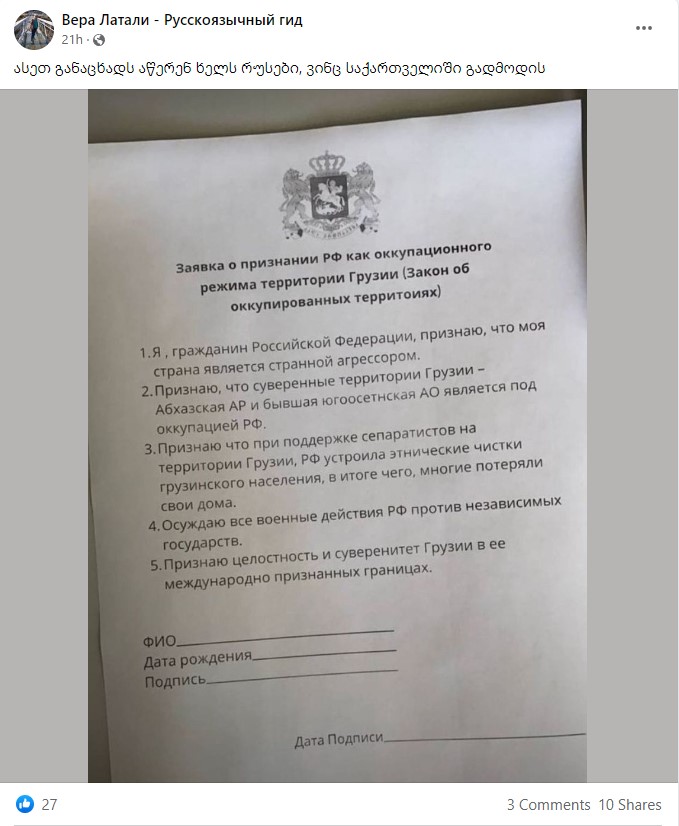 In fact, information that Russian nationals have to sign such a document at the border is disinformation. This is confirmed by the Georgian Patrol Police.

This “document” is linked with Public Shame Movement which advocates for an imposition of restrictions on Russian migrants. In a special statement made on the occasion of the publication of this information, the Shame Movement notes that the “document” was created by one of their activists who later sent it to the Telegram Zemo Larsi – Chat. According to the Shame Movement’s statement, the text was deliberately written with grammar mistakes. It was deleted in the chat after a few minutes and the Shame Movement’s activist was blocked.

Of note is that this issue sparked a great deal of commentary in Russia. In particular, Speaker of the Upper Chamber of the Russian Parliament, Vyacheslav Volodin, talked about the “document” at a session of the Federation Council and stated that Georgian authorities ask Russian nationals to sign the aforementioned “document.” According to Mr Volodin, those nationals of the Russian Federation who do so will automatically be declared as criminals in Russia.