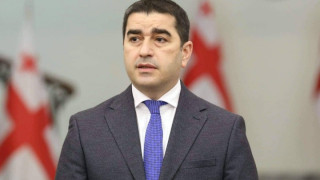 According to various assessments, gross domestic product growth forecasts have improved as compared to the pessimistic forecasts at the beginning of 2022 and in the aftermath of Russia’s invasion of Ukraine. In addition, based on the currently available data, high economic growth in the course of 2022 is because of the increased economic activity which was in turn precipitated by growing foreign direct investments as well as export and tourism alongside the lifting of COVID-19 regulations.

Given the altered macroeconomic situation, the Government of Georgia submitted an updated version of the 2022 state budget. Economic growth, in turn, causes a growth of budget revenues. In addition, as a result of growth of the nominal GDP, the government debt ratio also contracts. On the other hand, as a result of increased revenues, the government decided to cut the planned monthly growth of budget liabilities which ensures a positive impact in terms of debt reduction.

Shalva Papuashvili’s statement is in fact correct. However, of mention is that the growth of the nominal GDP and budget revenues, as well as a reduction of the debt to the GDP ratio, are also precipitated by inflation as well as higher than expected economic growth. According to the initial forecasts, the average annual inflation forecast for consumer prices was 4.5%, although based on updated forecast, the average annual inflation amounts to 11.5%. The current inflation is a critical problem for the population whilst economic growth is not immediately reflected on population’s well-being. Therefore, FactCheck concludes that Shalva Papuashvili’s statement is MOSTLY TRUE because it is accurate but requires additional information.

Speaker of the Parliament of Georgia, Shalva Papuashvili, made the following statement in regard to economic parameters: “We have a more than planned anticipated economic growth, more than planned revenues in the budget and the state will have less than the planned debt.”

There was a high economic growth rate in the first seven months of 2022. According to the preliminary assessment, the real gross domestic product (GDP) growth amounted to 9.7% in July 2022 as compared to the same period of the previous year whilst the average economic growth rate for the first seven months of 2022 was 10.3%. Of note is that in the first quarter of 2022, the higher growth was partially related to the base effect because the real GDP shrank by 4.1% in the first quarter of 2021.

According to the basic macroeconomic parameters of the Georgian budget, the initial basic forecast for the real GDP growth was 6%, although it is now raised to 8.5% which is precipitated by higher than expected economic activity, including export, growth in remittances and a higher than expected recovery in international travel. Of note is that according to the latest data, some organisations, such as TBC Capital, have even higher forecasts of economic growth. In regard to the real GDP plan which includes the effect of inflation together with real economic growth, GEL 72 billion was set as a forecast for 2022 which is GEL 7.3 billion more as compared to the initial plan.

According to the first six months of 2022, the execution figure for budget revenues reached 104.1%. Grants and other incomes largely accounted for the growth. In terms of taxes, the execution figure was 100.3%, although the execution figure was also higher in terms of different tax elements – tax income (105.4%), profit tax (124.2%), VAT (111.9%) and import tax (133.4%). The budget revenue part is directly related with GDP growth and, therefore, the higher than expected economic growth will positively affect budget parameters. According to the initial plan, budget revenues were GEL 14.5 billion which increased to GEL 15.7 billion. However, of note is that the growth of revenues is related to a certain extent to the higher than expected inflation. According to the initial forecasts, the average annual inflation forecast for consumer prices was 4.5%, although based on updated forecast, the average annual inflation amounts to 11.5% and price growth has a double effect on budget revenues – on the one hand, the budget’s nominal tax revenues increase and, on the other hand, the budget’s real purchasing power declines.

According to the six-month plan, the component of obligations in the budget revenues was executed by 93.3% and the actual figure was GEL 1.2 billion instead of the planned GEL 1.3 billion growth. For a yearly calculation, the plan for the growth of obligations decreased from GEL 4.3 billion to GEL 3.6 billion which is a positive fact given the aims of debt reduction. According to the information of the Ministry of Finance, budget support loans will be cut by GEL 400 million and investment loans by GEL 300 million, respectively. On the other hand, the planned figure of the total internal debt is largely unchanged and amounts to GEL 7.1 billion whilst the planned amount of foreign debt decreased from USD 8.2 billion to USD 7.5 billion. However, changes in the currency exchange rate are important vis-à-vis this reduction. 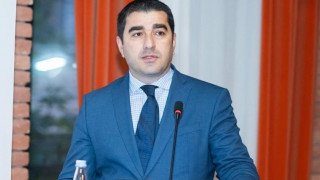