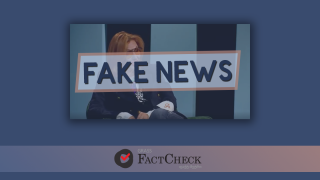 Disinformation: There were many cases of cancer which developed as a result of the Hepatitis C Elimination Programme

On air on TV Formula’s programme, Story, Malina Berekashvili, a program guest who takes patients from Georgia for treatment in one of Turkey’s clinics, stated: “Many cases of cancer developed as a result of the Hepatitis C Elimination Programme.” This claim is fake news. The hepatitis C virus causes severe liver diseases such as cirrhosis, compensated cirrhosis and cancer. Therefore, it is the disease, as such, that causes liver cancer not the treatment of the disease.

Antiviral therapy does not cause cancer. On the contrary – the timely treatment of patients infected with the hepatitis C virus means that the chances of liver damage and cancer decrease.

As early as in 2018, Malina Berekashvili, in the capacity of a Florence Nightingale Hospital representative, promoted such disinformation that patients who were involved in the Hepatitis C Elimination Programme in Georgia had developed cancer. The Embassy of Turkey responded to that claim with a statement that information about developing cancer after treatment for hepatitis C was not true. As reported by the Turkish Embassy, they received a letter from the Florence Nightingale Hospital which said that Ms Berekashvili made this statement without prior agreement with the hospital management and that the statement itself is baseless. In addition, the Turkish Embassy stated that the type of medication used to treat hepatitis C in both Turkey and Georgia is similar.

The Georgian Hepatology Association (GEHEA) responded to this disinformation with science-based evidence. The GEHEA stated with full responsibility that the ongoing debates have nothing to do with the processes in modern medicine and real scientific facts.

According to the information of the GEHEA, the publication about medications to treat hepatitis C appeared in October 2016 in the influential hepatology outlet, Journal of Hepatology, where the authors of the publication indicated that there was an unexpectedly high number of recurrences of early liver cancer. Given the lack of a sampling population and other peculiarities in the research design, it was impossible to expand the data and establish this as an undisputable scientific fact. However, continued attention and research study were deemed necessary. Afterward, hundreds of similar publications appeared and numerous special sessions were devoted to this issue at leading scientific congresses. Some top hepatology experts have agreed on the following undisputed facts:

• New generation, direct-acting antiviral therapy does not cause liver cancer.

The latest methodological recommendation of the European Association for the Study of the Liver, issued in 2018 and devoted to treatment of the hepatitis C virus, unambiguously says that the list of the aims of the antiviral treatment also includes a reduction of the risk of the development of hepatocellular carcinoma together with the avoidance of other liver complications.

According to the United States Centre for Disease Control’s report, the prevalence of chronic hepatitis C decreased from 5.4% to 1.8% which constitutes a 67% reduction based on 2021’s data following the launch of the Hepatitis C Elimination Programme in Georgia.

The biggest challenge for the Hepatitis C Elimination Programme, however, is the low participation of the population. This means that there are thousands of identified infected patients who need treatment but who have not been included in the programme thus far. In turn, this is precipitated by a lack of information and, therefore, this type of disinformation is particularly harmful for public health.