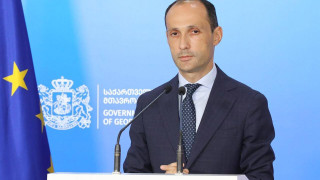 “Tourism recovery is positive as travel revenues in January-August 2022 have recovered nearly by 95%. We earned USD 2.1 billion in tourism revenues and figures in July and August exceeded those of pre-pandemic 2019.”

Levan Davitashvili: “Tourism recovery is positive as travel revenues in January-August 2022 have recovered nearly by 95%. We earned USD 2.1 billion in tourism revenues and figures in July and August exceeded those of pre-pandemic 2019.”

Travel revenues in January-August of both 2020 and 2021 sharply decreased because of the pandemic-related restrictions which posed a significant challenge for a tourism-dependent country such as Georgia. However, international travel revenues in January-August 2022 reached USD 2.14 billion which is 5.5% less as compared to the figure of the same period in 2019. Therefore, in line with the Minister’s statement, recovery is within the margin of 95%.

Revenues from international travel in July and August amounted to USD 1 billion which is a 23.6% growth as compared to 2019. Therefore, the Minister’s statement is true in this component as well. Of note is that Russia accounts for a large part of income growth which is most likely precipitated by Russians moving to settle in Georgia and not by tourism. However, the total growth does exceed the growth of revenues earned from Russia as well.

The Minister of Economy and Sustainable Development of Georgia, delivering a report before the Parliament of Georgia as part of the Minister’s Hour, stated: “Tourism recovery is positive as travel revenues in January-August 2022 have recovered by nearly 95%. We earned USD 2.1 billion in tourism revenues and figures in July and August exceeded those of the pre-pandemic 2019. This is a record high number of tourism revenues.”

Tourism is a priority field for Georgia. Prior to the pandemic, the number of international visitors and, therefore, revenues from international travel were growing annually. Recovery of the tourism field is an essential prerequisite to overcome the crisis. It is possible to employ a number of indicators for the analysis of the tourism recovery dynamic, including the number of tourists and tourism revenues. In this case, the data provided by the Minister of Economy matches with the statistics of international travel revenues which are published by the National Bank of Georgia (foreign sector statistics).

In January-August of both 2020 and 2021, revenues earned from international travel dropped to a minimum (USD 483 and 704 million, respectively) owing to travel restrictions. Therefore, the tourism dynamic should be compared with the pre-pandemic 2019. 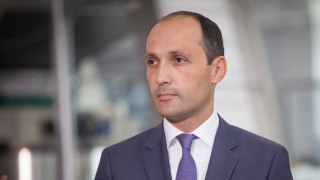