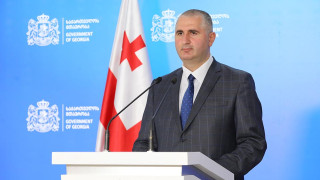 “The budget deficit is being decreased from 9.3% to 2.8%. This is a threefold (unprecedented) decrease. We do our best to implement such a fiscal policy that contributes to the reduction of inflation.”

Verdict: FactCheck concludes that Lasha Khutsishvili’s statement is a MANIPULATION

Lasha Khutsishvili: “The budget deficit is being decreased from 9.3% to 2.8%. This is a threefold (unprecedented) decrease. We do our best to implement such a fiscal policy that contributes to the reduction of inflation.”

Verdict: FactCheck concludes that Lasha Khutsishvili’s statement is a MANIPULATION.

According to the 2023 budget plan, the consolidated budget, the deficit to the GDP ratio will drop under the 3% threshold to 2.9%. This indeed would nearly be a threefold decrease as compared to the situation in 2020. Certainly, such a reduction of the deficit will alleviate inflationary pressure, although of note is that a greater reduction would have been more appropriate. This is because the deficit has indeed decreased as compared to 2020 but it is still not at the level of 2018-2019 figures of the pre-pandemic period.

In addition, despite the technical accuracy, the Minister of Finance also overlooks the fact that the “unprecedented reduction” of deficit was made possible by unprecedented growth in the first place. The state of emergency, declared amid the pandemic, made it possible to plan the budget with a budget deficit higher than 3% in spite of the Law of Georgia on Economic Freedom whereas the obligation to return to the 3% threshold was required by the law. Otherwise, that would have been a violation of the law which sets the obligation to return to less than 3% of the budget deficit in three years after the imposition of the state of emergency. Therefore, the Minister’s statement is technically accurate and the deficit indeed decreased almost threefold which is an unprecedented decrease. However, he does ignore that it would have been impossible otherwise and that it was a direct requirement of the law. Of further note is that budget deficit is only 0.1 of a percentage point lower as compared to the 3% set by the law. This means that the Government of Georgia planned the budget deficit at the maximum possible and at the legally allowed threshold. Given this context, FactCheck concludes that Lasha Khutsishvili’s statement is a MANIPULATION.

The Minister of Finance of Georgia, Lasha Khutsishvili, speaking on high inflation problem, stated: “We had a budget deficit of 9.3%, and this year it will be very close to 3% and the next year it will be 2.8% which is a threefold decrease. Cutting the fiscal deficit at a such scale has virtually never happened in Georgia and we are doing our best to implement such a fiscal and a monetary policy that contribute to the reduction of inflation in the country.”

In part, higher inflation rates are obviously linked to keeping the budget deficit high from 2020 to the current day. The budget deficit means that the budget has less incomes as compared to expenses and the government borrows to offset the difference. Given the pandemic-related problems, the deficit further widened with the aim of consolidating more funds for the budget. On top of providing necessary expenses to fight the pandemic, deficit spending also made it possible to stimulate consumption which collapsed as a result of the pandemic. Table 1 shows the common and the consolidated budget to the GDP ratios.

In accordance with the statement of the Minister of Finance, the deficit is indeed decreasing nearly threefold as compared to 2020 which will positively affect the reduction of inflation in the future. However, the Minister’s approach when he portrays the current dynamic as efforts to fight inflation is perplexing. Of note is that the Law of Georgia on Economic Freedom sets the upper threshold of the consolidated budget deficit to the GDP ratio and says that is should not exceed 3%. At the same time, the pandemic-induced declaration of the state of emergency gave the government the right to have deficit figures higher than the legally allowed threshold. Therefore, the reduction of the deficit to its pre-pandemic level by 2023 is a legally binding measure. However, the deficit figure is still higher as compared to the pre-pandemic 2019 leaving aside 2017-2018 when the figure was within the margins of 0.5% to 0.7%. 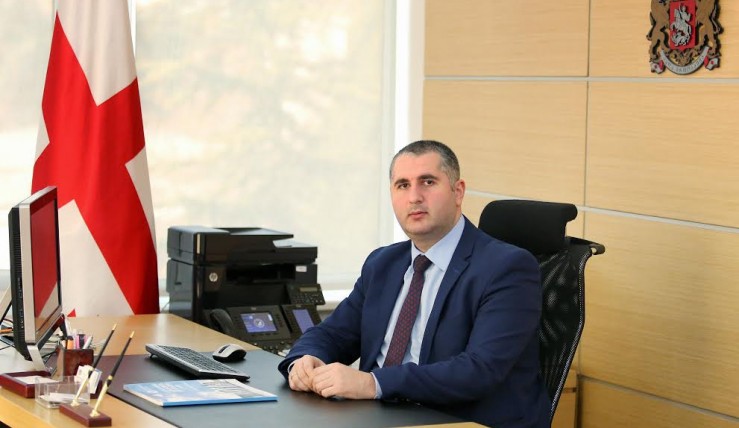