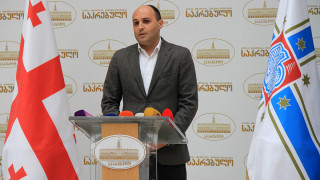 “Tbilisi City Hall increased salaries for its employees by GEL nine million and at the same time did not add a dime for the free canteens.”

Irakli Nadiradze: “Tbilisi City Hall increased salaries for its employees by GEL nine million and at the same time did not add a dime for the free canteens.”

Resume: According to the draft 2023 budget of Tbilisi, the nominal amount of labour remuneration is indeed set to increase by GEL 9,185,000 as compared to the previous year as well as the relative figure and the growth is 1.1 percentage points. Of note is that the basis for this growth is the decree of the Government of Georgia saying that salaries of public servants in 2023-2025 should increase by 10% annually.

Therefore, the first part of Irakli Nadiradze’s statement is accurate, although there is some missing context that the salary growth was planned in advance and hence, anticipated.

In regard to the funding for free canteens, GEL 26,184,100 is envisioned for servicing free canteens according to the draft 2023 Tbilisi budget. The number of beneficiaries registered at free canteens across all ten municipalities of Tbilisi is 42,188. Therefore, the amount of funding allocated for feeding one beneficiary per day is the same as the previous year and constitutes GEL 1.7 according to the draft budget. This is in light of the high inflation rate when inflation vis-à-vis foodstuffs amounted to 15.8% in October 2022 as compared to the previous year. Prices on products which are major components of free canteen menus have significantly increased. Nevertheless, Tbilisi City Hall’s draft budget does not include increasing funding for beneficiaries of free canteens but plans to feed them with the same amount of money as in the previous year which, to put it mildly, will be rather difficult.

Given all of the aforementioned, Irakli Nadiradze’s statement is MOSTLY TRUE.

Tbilisi Municipal Council member from the United National Movement, Irakli Nadiradze, stated the following when speaking about the budget: “Tbilisi City Hall increased salaries for its employees by GEL nine million and at the same time did not add a dime for the free canteens. They had GEL 1.7 last year and still kept GEL 1.7 this year when prices are on fire and everything is more expensive.”

However, of additional note is that according to the decision of the Government of Georgia, salaries for public sector employees will increase by 10% from January 2022. Later on, it was decided that the 10% growth policy will continue for 2023-2025. Therefore, the growth of labour remuneration was precipitated due to the government’s decision and is not Tbilisi City Hall’s own initiative.

In regard to funding for free canteens in Tbilisi, Decree #2344 dated 26 November 2014 of the Mayor of Tbilisi sets forth the rules of service and registration of beneficiaries of free canteens.

According the aforementioned decree, only those socially vulnerable people whose rating points do not exceed 200,000 are eligible to be included in the list of free canteen beneficiaries. Under exceptional circumstances, beneficiaries can be added to the database as a result of a decision of the head of a relevant municipality.

According to the 2023 draft budget, the total number of beneficiaries registered at free canteens across all ten municipalities of Tbilisi is 42,188. As mentioned earlier, the budget for servicing the free canteens is GEL 26,184,100. Therefore, GEL 1.7 is envisioned per one beneficiary each day. This year, amount of funding per each beneficiary was the same.

Rations offered by free canteens consist mostly of those products whose prices have increased significantly this year as compared to the previous year. In light of this runaway inflation, it will most likely be very difficult to offer the same menu to the free canteen beneficiaries at this year’s prices (GEL 1.7 which will remain unchanged according to the draft 2023 budget).

Given all of the aforementioned, Irakli Nadiradze’s statement is MOSTLY TRUE. 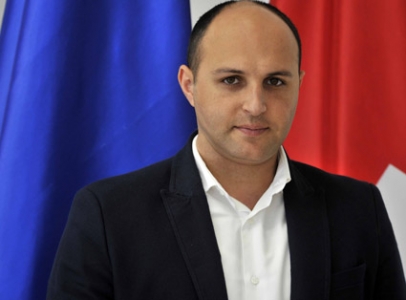