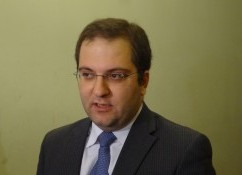 The Ministry of Education sought no counsel from experts while developing the Law on Higher Education.

At the session of the Parliament of Georgia held on 12 June 2013, amendments to the Law on Higher

At the session of the Parliament of Georgia held on 12 June 2013, amendments to the Law on Higher Education were discussed. The draft law was presented to the Parliament by the Deputy Minister of Education (currently the Minister), Tamar Sanikidze. The Parliamentary Minority disagreed with the amendments as they conceived the new regulations to be harmful for state universities.

At the session of 12 June, Akaki Minashvili, Member of the United National Movement, addressed Tamar Sanikidze: “Many questions are being asked in society regarding the draft law and why it is being presented to the Parliament so prematurely as well as why the Ministry did not seek counsel from relevant academic institutions, non-governmental organisations and experts. Ms Sanikidze, you mentioned that you had received some recommendations from experts and so maybe you could share these texts and advice with us; perhaps, then, we would also be persuaded by them but these texts don’t exist.”

We inquired whether or not the Ministry of Education had received counsel from academic institutions, non-governmental organizations and experts in the field of education.

On 31 May of the current year, an initiative was introduced to the Parliament which sought to amend the Law on Higher Education. The first edition of the draft law entitled the Prime Minister to appoint acting rectors of state universities [according to current legislation, the academic council of a university is authorised to appoint an acting rector in the case of a previous rector’s resignation or termination of authority]. At the second reading of the amendment on 12 July, the Government and the Parliament reached an agreement. The norm referring to the Prime Minister’s right of appointing an acting rector was removed from the draft law and the modified draft law was approved by the Parliament on 24 July at the third, and final, reading.

The amendments introduced to the Law on Higher Education set new regulations regarding the appointment of academic staff members. After its entry into force, students of PhD studies will lose their right of working as assistant professors. Additionally, new requirements are set for deans and rectors; specifically, applicants for these positions are required to possess a PhD or a degree equivalent to it. The law imposes new regulations regarding salaries assigned to rectors, deans, heads of administration and heads of quality assurance offices.

The explanatory note of the draft law introduced to the legislative body on 31 May specifies, in Paragraph D, that no non-governmental, international bodies/organisations or experts took part in the preparation of the draft law. No assessment of the draft is available as well.

Apart from analysing the abovementioned document, we addressed the Ministry of Education and Science of Georgia with an official letter. Through this letter we requested information on whether or not consultations had been received from non-governmental or international organisations and experts in the field of education. The letter was submitted to the Ministry on 24 June of the current year but a response was received only after 24 days, on 18 July [Article 40 of the General Administrative Code of Georgia determines a time frame of ten working days to public institutions for providing requested information].

The document presented by the Ministry reads: “Certain recommendations, in terms of sharing international experience, have been received from Tassilo Schmitt, Professor of Bremen University, and Niklaus Largier, Professor of Berkley University, regarding the amendments introduced to the Law on Higher Education.”

set out to check the information provided by the Ministry and contacted Professor Schmitt and Professor Largier via e-mail.

In response to our e-mail, Tassilo Schmitt informed us that the Ministry of Education of Georgia had contacted him a couple months ago and inquired about recent developments in the higher education system of Germany. For this purpose he had prepared a seminar which was being held in Gudauri at that moment [we received a response from Professor Schmitt on 30 July]. Nevertheless, Tassilo Schmitt positively declares in his e-mail that he was not involved in the development of the new draft law.

Niklaus Largier, from Berkley University, notified us that his last visit to Georgia was in August 2012. He held lectures at Ilia State University’s Summer School and introduced American and German models of the higher education system to the participants of the school. As we gather from Largier’s letter, he has not collaborated with the Ministry of Education of Georgia since last year.

The following circumstances have been identified through checking Akaki Minashvili’s statement. The explanatory note of the Law on Higher Education clarifies that no non-governmental or international organizations and experts have taken part in the development of the draft law. No assessments of the draft law exist as well.

The information provided by the Ministry regarding the involvement of Professor Schmitt and Professor Largier in the development of the draft law has not been confirmed. These experts have indeed collaborated with the Ministry to some extent but the collaboration did not involve working on the abovementioned draft law.

Consequently, we conclude that Akaki Minashvili’s statement, according to which the Ministry of Education and Science sought no counsel from non-governmental or international organisations and experts of the field, while elaborating the amendments to the Law on Higher Education is TRUE.