“This year the number of unreturned loans has gone up by 38 % as compared to the previous year.”

At the plenary session held on 25 July 2013, Mikheil Machavariani, Member of Parliamentary

At the plenary session held on 25 July 2013, Mikheil Machavariani, Member of Parliamentary Minority, stated that the number of unreturned loans had increased by 38 % in comparison with the last year.

Mikheil Machavariani made this statement in the course of a discussion on the draft law introducing amendments and additions to the Law on Enforcement Proceedings. Presented draft law proposed a suspension of enforcement proceedings on mortgaged property for 6 months and the deputy was severely opposing its approval. In his speech the deputy appealed to his colleagues to reflect upon the harmful effects this decision could inflict on banking and financial sectors.

decided to check the accuracy and relevance of MP’s statement.

For this purpose we retrieved statistical data from the website of the National Bank of Georgia, as collecting statistical data on such matters falls within the National bank responsibility (see the Excel document Loans, Granted by the Commercial Banks (excluding interbank loans; stocks) with the code L3.5 in the subcategory Monetary and Financial statistics). Firstly, it is to be noted, that the term unreturned loans is not being used by the National Bank. It utilizes the term ‘overdue loans’ conveying the same meaning. However, FactCheck

gives little importance to the terminological inaccuracy, as it produces no alteration of meaning in the statement. 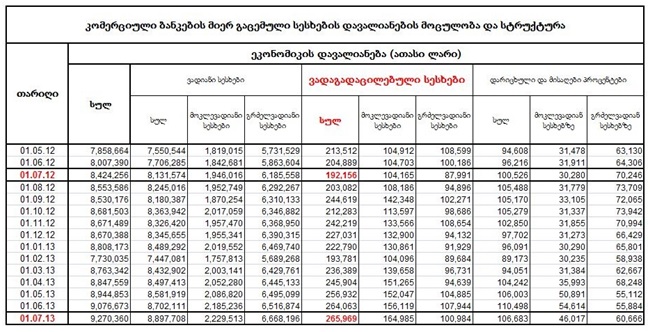 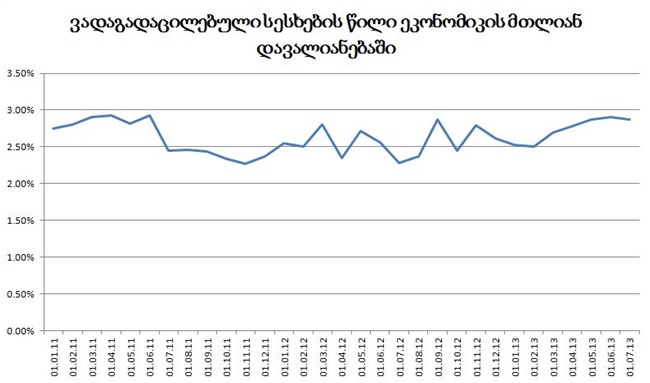 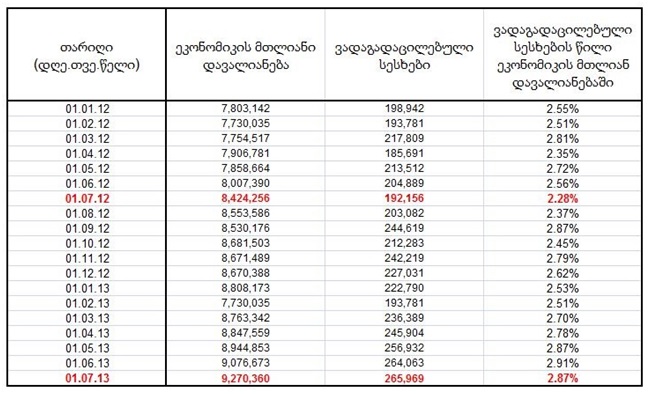 In comparison with the same period of the previous year the amount of overdue loans has indeed gone up by 38.4 %. However, its share in total loans has remained unchanged and stayed within the acceptable margins (2-3%) according to the National Bank of Georgia. Therefore, this cannot be considered as a proper demonstration of economic recession. Bearing in mind all of the aforementioned, the context of MP’s statement is not entirely relevant, even though the numbers indicated in the statement are correct.

Accordingly, we rate Mikheil Machavariani’s statement: “This year the number of unreturned loans has gone up by 38 % as compared to the previous year” as MOSTLY TRUE.