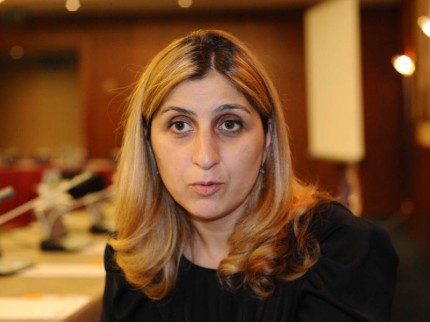 “According to the European Union’s assessment, the situation in prisons has significantly improved.”

Ucha Nanuashvili, the Public Defender of Georgia, presented a report of 2012 at the ad hoc session

Ucha Nanuashvili, the Public Defender of Georgia, presented a report of 2012 at the ad hoc session of the Parliament of Georgia held on 30 July. Deputies addressed the ombudsman with questions, among those, Eliso Chapidze, Member of the Georgian Dream Coalition, inquired about Public Defender’s evaluation of the situation in prisons: “Do you, as a public defender, think that the atrocities we saw in September, October and November of the previous year, are still practiced?” Additionally, the MP also noted: “According to the European Union’s assessment, the situation in prisons has significantly improved.”

Firstly, we addressed Eliso Chapidze personally, to determine the specific assessment of the European Union on which she based the statement. In the course of our conversation with the MP, we established that the deputy had in mind the report

of the European Committee (and not the European Union) for the Prevention of Torture and Inhuman or Degrading Treatment or Punishment of 2013.

The Committee was visiting Georgia on 19-23 September 2012. Upon the visit they studied the existing situation in Gldani Prison No. 8 and Kutaisi Prison No. 2. They also held meetings with various officials (Tea Tsulukiani, Sozar Subari, Archil Kbilashvili, Eka Beselia, Chiora Taktakishvili, Tata Khuntsaria). Primary purpose of the visit was to examine the course of investigation on the facts of torture and inhuman treatment in the prisons. The committee also inquired about the plans of the new government and the current state of affairs in prisons. The Committee inspected in detail the facts of torture and inhuman treatment in prisons and also the problems concerning medical treatment in penitentiary establishments.

The Report that was based on this visit, was published in 2013 and it evaluates the steps undertaken by the new government. The European Committee takes a positive note of the large-scale amnesty, as it has considerably reduced the number of inmates. Nevertheless, the committee points out that the amnesty does not represent the best possible way of solving the problem. For the purpose of reducing the number of prisoners, the committee suggests to Georgia to use imprisonment only as an extreme measure of punishment.

Committee also positively evaluates following measures: the abolition of the rule of consecutive sentencing, the increased number of meetings of the local council of the Ministry of Corrections and Legal Assistance on the matters concerning early release of prisoners and an increased number of examined petitions.

As for the situation in the prisons, the European Committee studied the matter in Gldani Prison No.8 and Kutaisi Prison No.2. At the point of the visit Gldani Prison held 2 846 inmates and Kutaisi prison held 1 330 inmates. The European Committee called on Georgian officials to separate the accused and convicted prisoners in the penitentiary establishments.

The Report of the European Committee reads: “None of the prisoners interviewed in two prisons expressed any concerns with regard to harsh treatment from the prison staff. A majority of prisoners notes that the treatment of prisoners has improved in the aftermath of 18 September 2012.The reason of the change was that many prison employees had left their positions after the exposure of the recordings depicting torture and inhuman treatment. Some of them have been transferred to different positions or dismissed.”

However, the European Committee finds the interviews with the prisoners to be insufficient and requests statistical data from the Georgian Government on the appeals submitted against prison staff members and on the actions undertaken upon those appeals in 2012 and in the first quarter of 2013.

As we learn from the response

of the Georgian Government to the Report of the Committee starting from January 2013, 438 appeals to prison administration have been recorded. Prison administration and the Prosecutor’s Office took appropriate measures on 150 of those appeals. 151 of the abovementioned 438 cases concerned torture and inhuman treatment, but the response of the Georgian Government provides no information on how many of those were followed by appropriate measures from the officials.

The European Committee questions the origins of accidents and injuries of prisoners and calls upon the Georgian Government to investigate them.

The Report of the Committee outlines that a decrease in the number of prisoners had an overall positive effect on the conditions in the prisons, despite the fact that not all the prisoners have an internationally determined space of 4 m2

in their cells. The European Committee calls upon Georgia to address this issue. According to the Report, prisoners have more or less favourable conditions of personal hygiene and nourishment.

The report further notes on the improvement of medical treatment in Gldani Prison No.8. According to the assessment of the committee, in comparison with 2010, the medical personnel and the number of pharmacists have been increased. Visits of the doctors from the medical department of the Ministry also have become more frequent. The report positively evaluates the existing medical services in Kutaisi Prison No.2.

The report is clear about the European Committee’s position towards the steps undertaken by the Georgian Government. The large-scale amnesty, abolition of consecutive sentencing and increased number of meetings of the local council of the Ministry of Corrections and Legal Assistance are positively evaluated by the Committee. As for the situation within prisons, the Committee notes that a decrease in the number of prisoners had a favourable influence on the overall conditions. However, the Committee states that many important issues remain unresolved and the Georgian Government is responsible for addressing them.

Accordingly, we conclude that Eliso Chapidze’s statement, “According to European Union’s assessment, the situation in prisons has significantly improved”, is HALF TRUE.