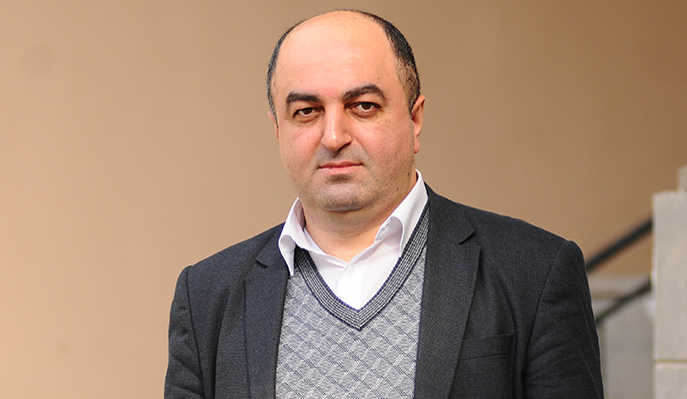 “Legislation permits the Prosecutor to sign a plea bargaining agreement with anyone, while international law prohibits the dismissal of charges to individuals who took part in torturing and other severe crimes.”

At the ad hoc session of the Parliament of Georgia held on 30 July 2013 the Ombudsman of Georgia presented his 2012 report to MPs. Following the presentation Irma Nadirashvili, Member of the Parliamentary Minority, addressed Ucha Nanuashvili with the question: “Have you discussed with the Prosecutor’s Office the case of Vladimer Bedukadze’s release of criminal liability and, on the whole, how do you evaluate this fact?”

The Public Defender stated that the examination of case materials was underway and he would make his conclusions public only after receiving comprehensive information on the matter. Nevertheless, he noted that “legislation permits the Prosecutor to sign a plea bargaining agreement with anyone, while international law prohibits the dismissal of charges to individuals who took part in torturing and other severe crimes.”

set out to check the accuracy of Ucha Nanuashvili’s statement.

According to the Criminal Procedures Code of Georgia, plea bargaining serves as the basis for passing a sentence without trial. The Prosecutor and the accused are bargaining either the charge or the penalty. In the case of a penalty bargain, the accused individual is not disputing the charges posed against him and is accepting the Prosecutor’s proposal, be it a certain measure of penalty or a complete release of charges. In the case of a charge bargain, the offender admits the crime. The Criminal Procedures Code of Georgia mentions no norm limiting the Prosecutor’s discretion and prohibiting plea bargaining agreements in the case of any specific crimes. According to the Code, if relevant procedures are followed only the consent of both of the parties is necessary for the plea bargaining agreement to be legitimate.

Irma Nadirashvili’s question was asked specifically with regard to Vladimer Bedukadze’s case and the fact of his being freed of all charges. As stated by the Prosecutor’s Office of Georgia, Vladimer Bedukadze was accused of having committed crimes under Article 1441 (torture), Part Two, Subparagraphs a, b, c, d, e, g and under Article 1443 (inhuman or degrading treatment), Part Two, Subparagraphs a, b, e and g. Due to the defendant’s exceptional cooperation with the investigation, plea bargaining agreements were signed despite the severity of the crime. The Chief Prosecutor petitioned the court for the defendant to be freed of criminal liability which was upheld by the court.

The offender’s release of all charges based upon the plea bargaining agreement is discussed in Article 218 of the Criminal Procedures Code of Georgia. In accordance with Part One of Article 218, the Prosecutor holds the right to petition the court for the accused individual’s dismissal of all charges if the individual’s cooperation with the investigation reveals a serious crime or a crime committed by a high official and if he/she personally contributes to the resolution of the case. Herewith, Part Eight of Article 218 prohibits the convicted

individuals to be released of all charges in the case if the committed crime is related to torture, threat of torture and inhuman or degrading treatment (It should be noted that  the old wording of the Criminal Procedures Code of Georgia equally prohibited individuals accused of the abovementioned severe crimes to be freed of criminal liability. On 11 June 2011, however, amendments were introduced to the law which came into force on 28 June and made it possible for the accused persons to be released of criminal liability based upon a plea bargaining agreement).

However, the fact that the Prosecutor’s actions are compatible with the Criminal Procedures Code does not suffice for the decision to be legitimate. In accordance with Part One of Article 19 of the Georgian Law on Normative Acts, international agreements are higher in the hierarchy than Georgian laws. If there is a collision between an international agreement and a Georgian law, priority is given to the former.

This particular matter is discussed in the Convention against Torture and Other Cruel, Inhuman or Degrading Treatment or Punishment. The Convention was adopted by the General Assembly of the United Nations on 10 December 1994. Georgia became a party of the Convention after its ratification on 26 October 1994. According to Article 4 of the Convention, “each State Party shall ensure that all acts of torture are offences under its criminal law. The same shall apply to an attempt to commit torture and to an act by any person which constitutes complicity or participation in torture.”Additionally, “each State Party shall make these offences punishable by appropriate penalties which take into account their grave nature.” Evidently, Article 4 of the Convention demands torture to be criminalised and punished with severe penalties. Article 1441

of the Criminal Code of Georgia echoes this international obligation and sets a punishment of seven to ten years of imprisonment for torture.

Moreover, in the Report

of 2005, Manfred Nowak, UN Special Rapporteur on Torture and Other Cruel, Inhuman or Degrading Treatment or Punishment, takes a negative note of the plea bargaining agreements signed with individuals who took part in torturing and other severe crimes.

Although the Convention does not directly forbid the complete release of criminal liability of the offenders, the objective of the document should also be taken into account during its analysis. The Convention against Torture and Other Cruel, Inhuman or Degrading Treatment or Punishment aims to prevent torture and ensure proper punishment of the offenders. Taking into consideration the very purpose of the document and its demand for the crimes to be punished by “appropriate penalties which take into account their grave nature,” it is implied that the release of individuals without any sanctions would be unacceptable.

Conclusion According to the Criminal Procedures Code of Georgia, the Prosecutor is free of any restrictions to sign a plea bargaining agreement with an individual accused of any crime. As for international law, the Convention against Torture and Other Cruel, Inhuman or Degrading Treatment or Punishment sets no regulations in terms of restricting the release of criminal liability. However, the Convention ratified by Georgia does require the offence to be criminalised and grave punishments to be set. The Convention does not forbid a release of the offenders but in demanding appropriate penalty it entails that the primary objective of the Convention is the punishment of the offenders and not their release. Therefore, Ucha Nanuashvili’s statement: “Legislation permits the Prosecutor to sign a plea bargaining agreement with anyone, while international law prohibits the dismissal of charges to individuals who took part in torturing and other severe crimes,” is TRUE.