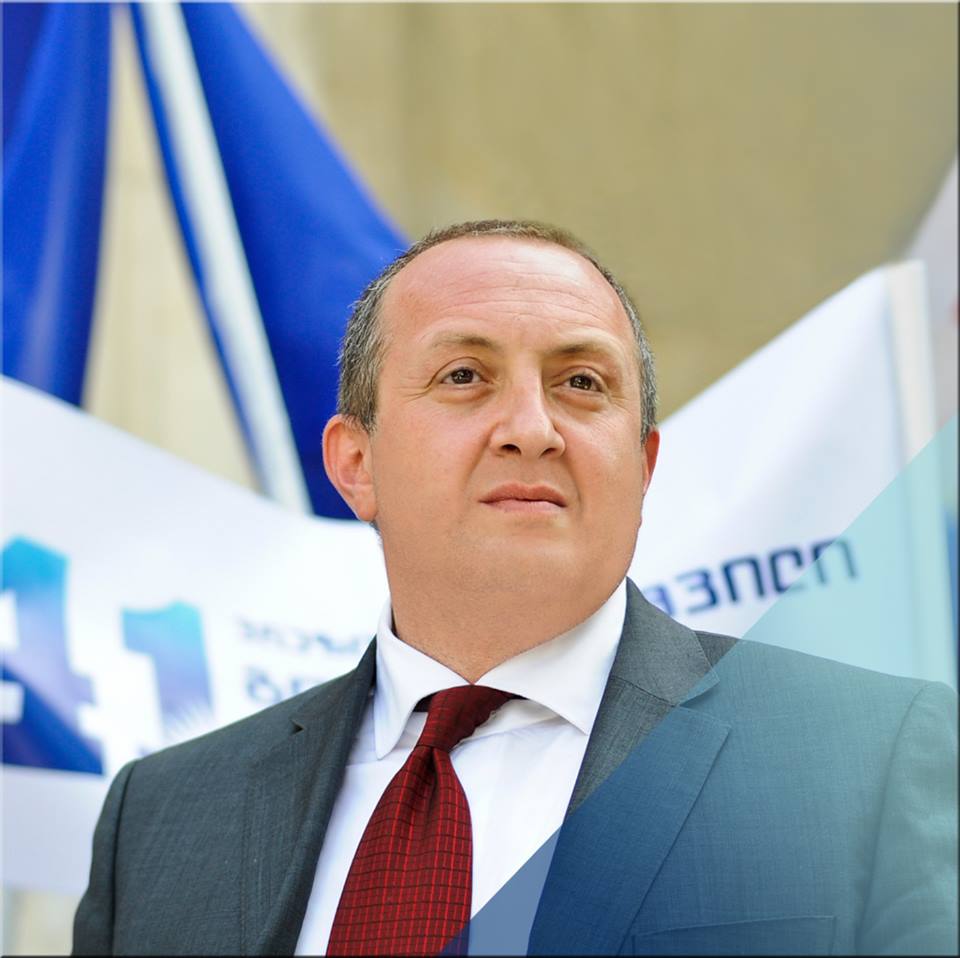 “We have helped 710 thousand farmers and given them vouchers of 500 lari.”

During the presidential debates organised by the Georgian Public Broadcaster on 17 October 2013,

Half True
The statement is partly accurate, but the details are missing or some of the issues are without context
Facebook Linkedin Twitter Print
During the presidential debates organised by the Georgian Public Broadcaster on 17 October 2013, presidential candidate Giorgi Margvelashvili stated: “We have made unprecedented investments in agriculture, we have helped 710 thousand farmers and given them vouchers of 500 lari.

inquired about the accuracy of the statement.

The Supporting Land-Poor Farmers’ Spring Agricultural Work Programme was implemented by the non-entrepreneurial (non-commercial) legal entity Rural and Agricultural Development Fund which was established with the initiative of Prime Minister Bidzina Ivanishvili on 22 January 2013.

As reported to the internet publication, Ambioni,

No full-scale monitoring of the project’s implementation was run by an independent non-governmental organisation and so our research is based exclusively on official data. FactCheck has formerly discussed

the breaches found in the implementation of the Supporting Land-Poor Farmers’ Spring Agricultural Work Programme. As reported by the Ministry of Agriculture, 75 stores were removed from the project following the inspection performed on the work of the Programme which involved 884 realisation points of agricultural goods and inventory. Due to different infringements a total of GEL 500 fines were imposed on 392 stores.

The Supporting Land-Poor Farmers’ Spring Agricultural Work Programme foresaw the funding of those farmers who had no more than five hectares of agricultural land in their ownership. According to the information provided by the Ministry, 710,385 Programme beneficiaries received agricultural cards (vouchers) amounting to a total of GEL 195,545,543. Among these, combined cards were distributed to 431,059 beneficiaries. In total, GEL 134,970,103 were spent on the combined cards of which GEL 55,575,925 were projected for the ploughing and disking of agricultural land while GEL 79,394,178 were allocated for nominal cards. Different kinds of nominal cards were distributed to 279,326 beneficiaries with the total value of GEL 60,575,440.

According to our estimations, each beneficiary received an agricultural card with an average value of GEL 275. The average value was at GEL 313 for the combined cards and at GEL 217 – for the nominal cards. 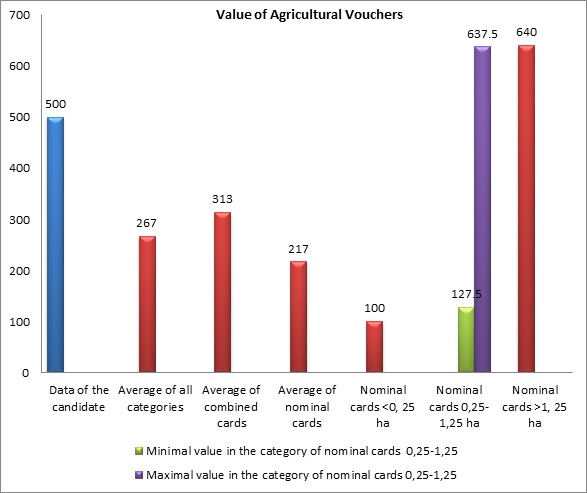 Combined agricultural cards were distributed to beneficiaries having 0.25-1.25 ha of arable land in their possession. The value of the combined card per each hectare was defined to be GEL 510 and so a beneficiary who owned 0.25 hectare of land received a voucher valued at GEL 127.5 while the owner of 1.25 ha land was given a card worth GEL 637.5. The combined card is comprised of two components:

All other categories of beneficiaries received nominal agricultural cards. The owners of less than 0.25 ha of land, where the work with machines was connected with major difficulties, were given a card with a value of GEL 100. Farmers owning 0.25-1.25 ha of land with perennial plants were given an agricultural card with GEL 510 per 1 ha. Farmers having 1.25-5 ha of arable land or solely a land plot with perennial plants in their ownership obtained nominal agricultural cards with a value of GEL 640. The money from the nominal cards was to be spent on agricultural goods and inventory of a correspondent price. 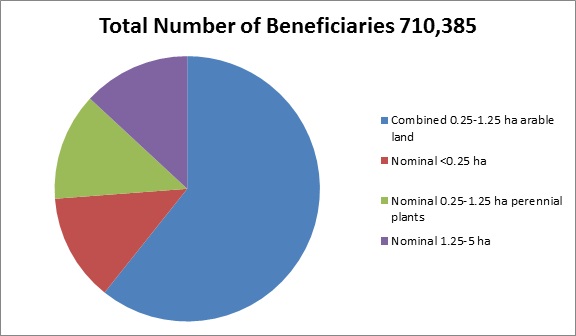 In line with the information provided by the Ministry of Agriculture, “In the framework of the Supporting Land-Poor Farmers’ Spring Agricultural Work Programme, 52,670 farmers received agriculture cards with the value exceeding GEL 500, which constitutes 7.4% of the total number of beneficiaries. 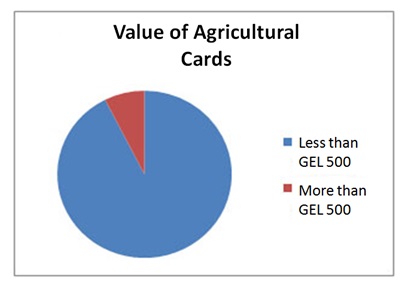 According to the official information of the Ministry of Agriculture, agricultural vouchers were distributed to 710,341 beneficiaries who had their land cultivated free-of-charge and were given cards allowing them to acquire seeds, fertilisers, inventory, etc. The value of the voucher was determined based on the area and purpose of the beneficiary’s agricultural land. In some cases the vouchers distributed per each hectare were indeed equal to GEL 510 but the majority of beneficiaries had less than 1 hectare of land in their possession and so on average only GEL 275 were given to each farmer and not GEL 500 as claimed by Giorgi Margvelashvili.

In line with the information provided by the Ministry of Agriculture, 52,670 farmers received agriculture cards with the value exceeding GEL 500, which constitutes 7.4% of the total number of beneficiaries.

Consequently, we rate Giorgi Margvelashvili’s statement: “We have helped 710 thousand farmers and given them vouchers of 500 lari,” as HALF TRUE. Editor’s note: After the initial publication of the article, the Ministry of Agriculture provided important statistical data, due to which we decided to revise the article. The verdict of FactCheck remains unchanged.