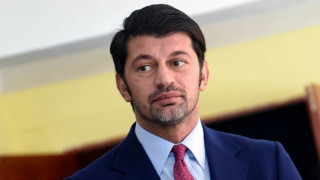 The inmate mortality rate dropped twelvefold under our government and the number of inmates decreased by a factor of 2.5

Verdict: FactCheck concludes that Kakha Kaladze’s statement is HALF TRUE.

Views: 2484
Half True
The statement is partly accurate, but the details are missing or some of the issues are without context
Facebook Linkedin Twitter Print

Resume: Under the Georgian Dream’s rule, the Public Defender of Georgia highlighted multiple times the need to eradicate the systemic problems of torture as well as inhumane and degrading treatment in penitentiary facilities. In accordance with the parliamentary reports of 2013-2017, not a single case of torture has been registered in the reporting period. However, there are still sporadic cases of ill treatment.

In regard to the number of inmates and the number of deaths in the penitentiary system, these figures have indeed significantly decreased although the actual figures do not match with Kakha Kaladze’s numbers. In particular, the amount of convicts/indicted persons has decreased by a factor of 2.1 as compared to 2012 whilst the inmate mortality rate in penitentiary facilities (number of deaths per 10,000 inmates which is a more precise method for comprehensive analysis) has decreased by 3.2 times and not twelvefold.

Of note is that whilst speaking about a twelvefold decrease in inmate mortality, Kakha Kaladze refers to the actual number of deaths and not the relative figure (mortality rate) which is calculated per 10,000 inmates in accordance with the Council of Europe’s practice. In addition, whilst comparing the number of deaths, Mr Kaladze uses the figures for 2010 or 2011 when the number of deaths was the highest. As compared to 2012, the number of deaths in custody decreased by 6.7 times in 2017 and not by a factor of 12.

Although the General Secretary of the Georgian Dream shows a somewhat exaggerated picture by selecting an irrelevant period and comparing inaccurate data, the context of his statement is still true because progress in the aforementioned field is evident.

The Mayor of Tbilisi and the General Secretary of the Georgian Dream, Kakha Kaladze, talked about significant improvements in the penitentiary field and stated: “Under our government, violence against people as well as the systemic torture and rape of prisoners ended. Inmate mortality dropped twelvefold and the number of inmates decreased by a factor of 2.5.”

FactCheck has previously written about the eradication of the systemic problems of torture and inhumane and degrading treatment in penitentiary facilities since 2013.

It is true that the Public Defender of Georgia does not highlight the facts of torture in penitentiary facilities in the reports for 2013-2017 (in contrast to 2004-2012) but certain cases of ill treatment are still observed in the same period. In addition, violence between inmates themselves and a criminal subculture and informal order in prisons has recently emerged as particularly important challenges.

In 2013-2017, the number of convicts and indicted people in penitentiary facilities dropped sharply as compared to the previous year and this should be positively assessed. 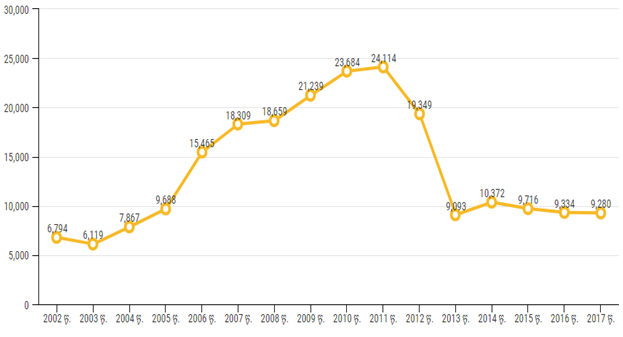 Of note is that the former President of Georgia, Giorgi Margvelashvili, pardoned 2,128 prisoners convicted for drug crimes in the period of 2013 to June 2018. The large number of pardoned inmates spurred criticism against the former President many times. However, the result of those pardons – the decreased number of inmates – is one of the issues of which the ruling party has recently been very proud.

It seems that when Kakha Kaladze speaks about a 2.5-fold decrease of prisoners, he compares the figures for 2011 (when that number was the highest) and 2017. If we compare these two periods, his statement will indeed be true. The picture, however, changes slightly if we compare 2012 and 2017. In particular, in this case the number of inmates decreased by the factor of 2.1

In regard to the mortality rate in the penitentiary system (FactCheck has written on this topic before), it has indeed decreased under the incumbent government. However, the visible decline started as early as 2012; that is, under the United National Movement’s rule.

As illustrated by the table, the number of deaths in 2017 decreased by a factor of 3.2 as compared to 2012. When Kakha Kaladze speaks about a twelvefold decrease in the mortality rate, he refers to the actual number of deaths and not the mortality rate per se. Furthermore, the Mayor of Tbilisi does not use the figures for 2012 for comparison and uses those of 2010 and 2011 instead when the numbers of deaths were at their highest.

Editor’s Note: The first version of this article was published in February 2019. In that article, we made an emphasis on the number of deaths alone because in his statement, Kakha Kaladze mostly compared the nominal figures. However, upon the suggestion of a reader, we acknowledged that the mortality rate analysis is necessary for a comprehensive illustration of the reality and a comparison of the number of deaths alone is not sufficient. In accordance with the Council of Europe’s practice, the mortality rate in prisons is measured per 10,000 inmates which is now added in the updated version of this article. As this component has been introduced in our analysis, FactCheck’s verdict changed accordingly and now Kakha Kaladze’s statement is HALF TRUE instead of previous MOSTLY TRUE.