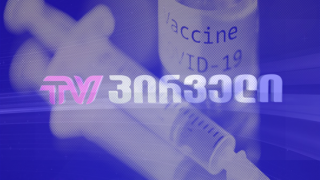 On 15 January 2021, the main news programme of TV Pirveli aired an anti-vaxxer broadcast where the TV linked the death of 23 people in Norway, vaccinated with the Pfizer-BioNtech vaccine, to the newly created COVID-19 vaccine.

On 15 January 2021, the main news programme of TV Pirveli aired an anti-vaxxer broadcast where the TV linked the death of 23 people in Norway, vaccinated with the Pfizer-BioNtech vaccine, to the newly created COVID-19 vaccine.

On 15 January 2021, the main news programme of TV Pirveli aired an anti-vaxxer broadcast where the TV, in spite of a lack of a respective official conclusion, linked the death of 23 people in Norway to the newly created COVID 19 vaccine. The news anchor made the following statement before the broadcast was aired:

“The coronavirus vaccine claimed 23 lives in Norway. People who thought the new vaccine would protect them from COVID-19 died in a few hours after injection…”

Afterwards the broadcast was aired which repeated the unsubstantiated claims about the death of people in Norway from COVID-19.

Of note is that the broadcast included a commentary from various experts, including the Director of the National Centre for Disease Control (NCDC), Amiran Gamkrelidze, who stated that the matter was still being probed and there was no conclusion that the vaccination was the immediate cause of the death of those 23 people. Although the broadcast contained Mr Gamkrelidze’s factually accurate statement which was in line with the information provided by Norway’s health officials, the first part of the broadcast together with the anchor’s introductory remarks sparked scepticism among the viewers by spreading unsubstantiated information about the COVID-19 vaccine amid the pandemic.

Nearly 30 people, all of them over 80 years of age and residing in a care facility for the elderly in Norway, died shortly after administering the first shorts of the Pfizer-BioNTech COVID-19 vaccine. After autopsies of the 13 deceased, the Norwegian Medicines Agency suspected that the vaccine’s side effects may have played a certain role in sparking a sharp adverse reaction, especially among weak elderly individuals.

Nearly 400 people die every week in Norway’s care facilities for the elderly. Therefore, it was not very clear at the time of TV Pirveli’s broadcast whether or not the health condition of the elderly individuals was cause of their death or if the COVID-19 vaccine had a certain influence. Therefore, the TV reported unverified information on air.

Of additional note is that the Norwegian Medicines Agency released updated information in a few days. In particular, Agency officials stated that there was no evidence of direct links between the latest cases of the death of elderly people and the COVID-19 vaccine.

The Deputy Minister of Health of Georgia, Tamar Gabunia, stated that according to the results of the WHO’s November 2020 survey in Georgia, not even half of the country’s population has positive attitudes towards vaccination.

Although the media has a key responsibility to not report unverified information and not empower the anti-vaxxer movement amid the pandemic, a sceptical attitude towards vaccination has been noted in TV Pirveli’s broadcast other times as well. In particular, on 17 January 2021, a TV Pirveli reporter asked Sopo Bedia: “To what extent do you believe that vaccination is the main instrument to defend ourselves in this situation?” The singer replied that she will not get the COVID-19 vaccine because vaccination “will be followed by complications.” Furthermore, the anchor in the video remarked without further clarification: “Yes, vaccination will be followed with certain complications, yes.” This raised even more questions among the viewers in regard to the reliability of the vaccines.

At the end of the same interview, the anchor replied to another respondent’s claim that he was allergic and stated: “I suppose for people with allergies, specifically Pfizer… I think it caused allergic reactions in Britain where it was first administered.” This phrase provided incomplete information to the population in regard to links between the Pfizer-BioNTech vaccine and possible allergic reactions and supposedly did not have a positive effect among viewers vis-à-vis increasing trust towards COVID-19 vaccines.

The US Centre for Disease Control (CDC) published a report on allergic reactions after receipt of the Pfizer-BioNTech vaccine. According to the report, 21 cases of severe allergic reactions were detected after the administration of a reported 1.9 million doses of the Pfizer-BioNTech COVID-19 vaccine between 14-23 December 2020 which means 11.1 cases per one million doses. In addition, lethal outcomes did not occur even for those with severe cases of infection and 20 patients out of a total of 21 have already been recovered according to a CDC report (15 January 2021). Of these 21 cases recorded in the report, anaphylactic shock (severe allergic reaction) occurred within 13 minutes on average. This is why people are asked to spend some time at the vaccination point immediately after its administration. According to the CDC, the vaccine-associated risk is lower as compared to the risk associated with severe forms of COVID-19.

Scientists believe that achieving a “herd immunity” with vaccination is possible after vaccinating nearly 90% of the population. This will allow the lifting of the pandemic-induced restrictions and bring life back to normal. In order to make sure people do not question the reliability of the vaccine and ensure a successful mass vaccination, the media’s broad engagement is also critical in order to accurately transmit information to citizens. In this situation, journalists bear an enormous responsibility and openly making statements which would negatively impact people’s attitude towards the vaccines is inadmissible.