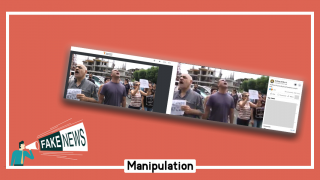 On June 4, a Facebook page called “ԵրԳիրը երԳիր Ա'' [YerGiry yerGir A], that has roughly 35,000 likes, published a video from a protest against the PM candidate Robert Kocharyan. “Robert Kocharyan couldn’t carry out a press conference as citizens were breaking doors while screaming murderer…”, they wrote.

This post, however, made no mention of the fact that the video was shot a couple of years ago. Thus, the post is disseminated without the context, which may mislead Facebook users.

The protest against Kocharyan took place in 2018

The demonstration which is seen in the video was organized on August 14, 2018, after the Armenian Velvet Revolution and during the litigation against Robert Kocharyan. The day before this demonstration Kocharyan was freed from imprisonment.

The clip that the Facebook page “YerGiry yerGir A” published, was taken from Radio Liberty’s broadcast.

In the comments section of the video, Facebook users were encouraging or disapproving the demonstration, most likely without knowing that they were looking at an outdated clip. One of the Facebook users, for example, wrote: “Well done, righteous Armenians. You should organize such fair gatherings more often.” Other users were disagreeing with her by criticizing the working PM Nikol Pashinyan.

“YerGiry yerGir A” was not the only page to share this video without making the notice that the video was from 2018. The clip was also shared by the Facebook page “Զարմանալի Աշխարհ” [Zarmanali Ashkharh], on whose profile and cover pictures are the pre-election posters of the ruling Civil Contract Party. 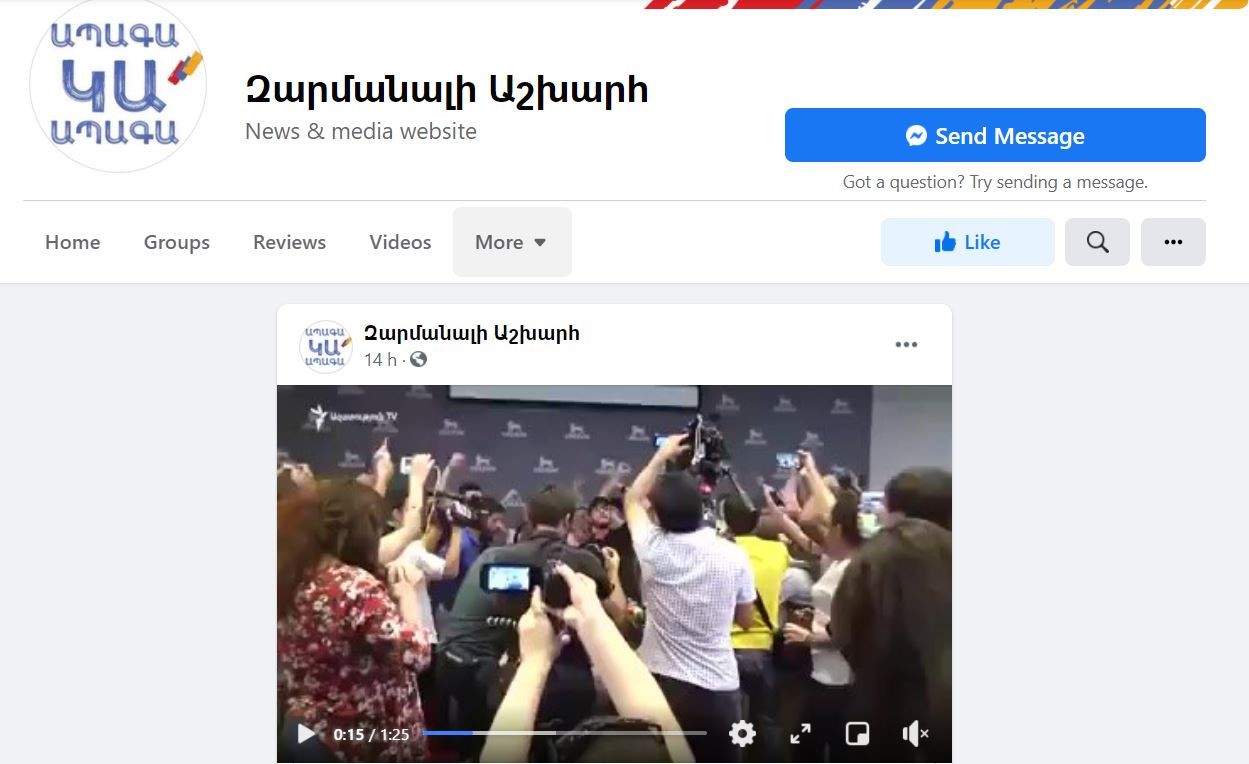 The video spreading on Facebook, where protestors are said to be interrupting Robert Kocharyan’s press conference is, therefore, outdated. It was shot in 2018.