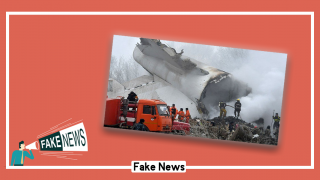 False news: A Boeing Plane Crashed in Tehran Minutes Ago

False news: A Boeing Plane Crashed in Tehran Minutes Ago

On July 26, several clickbait websites and Facebook pages wrote that a 180-passenger Ukrainian plane flying from Tehran to Kyiv crashed near Tehran International Airport “minutes ago”. The news is old; the accident took place on January 8, 2020. Later, Iran admitted that they "unintentionally" shot down the Ukrainian Boeing.

Lureraysor.ru referred to the Russian RIA Novosti, writing that according to their initial information, the accident was caused by "technical problems."

"The information about the accident was confirmed by the head of Tehran airport, who said that the plane crashed shortly after takeoff. The air vehicle was a Boeing 737 with 167 passengers on board. The rest were crew members," lureraysor.ru wrote.

They also published a video of the plane crash.

The Information Is Old

A Boeing-737 of the Ukrainian International Airlines did crash. However, the accident did not happen on July 26 of this year, but rather more than a year ago, on January 8, 2020. The President of Ukraine, Volodymyr Zelensky, posted about it on his official Facebook page too.

Flightradar24.com also wrote about the accident. 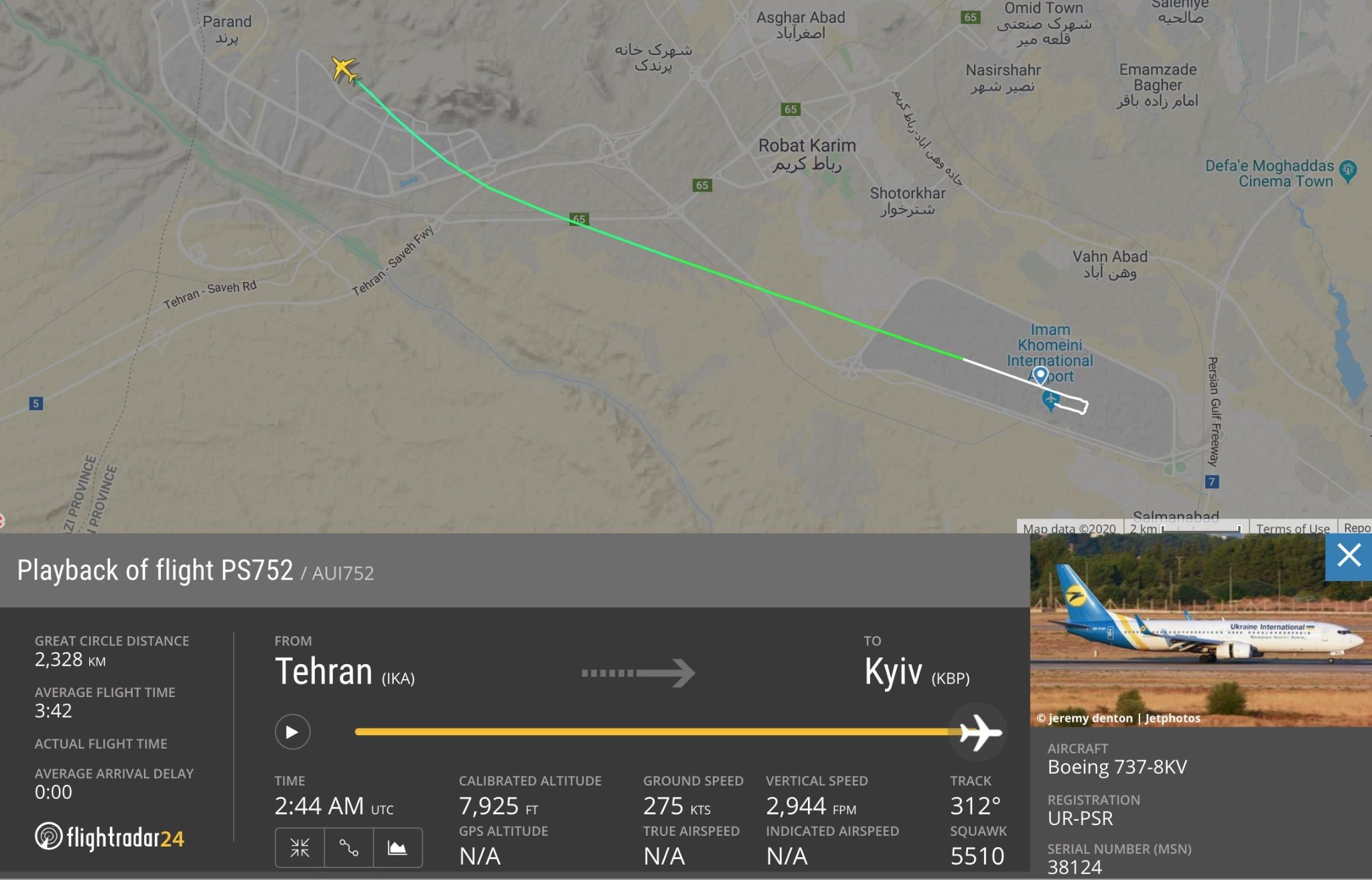 There were 176 passengers on the plane, 9 of them - crew members.

The posted video was old too․ It got published on YouTube on January 8, 2020. 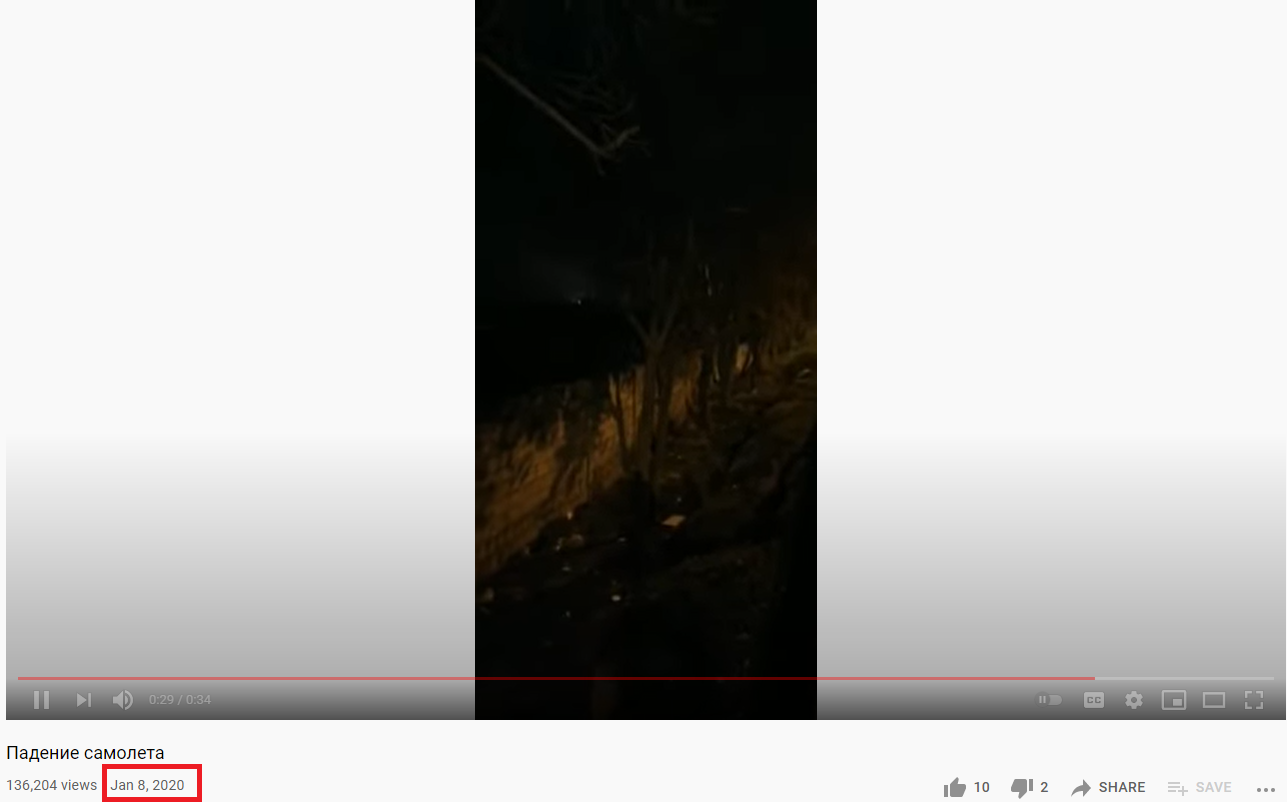 Lureraysor.ru posted a photo of the alleged crashed plane as well.

This photo, however, is even older than the actual Boeing-737 crash; it was taken in 2017 near the Manas International Airport in Bishkek, after Turkish Boeing 747 cargo plane crashed.

Thus, the information spread by clickbait websites stating that Ukrainian plane flying from Tehran to Kyiv crashed near Tehran International Airport without mentioning the real time when the incident happened is misleading for the users, because the accident took place in January 2020. Moreover, the claim that the crash occurred minutes ago is false. Additionally, the attached video was from the January events, and the photo used in the article was taken in Bishkek in 2017.